Some of the most admired entrepreneurs started late in life. Dr G. Venkataswamy started Aravind Eye Hospitals after he retired; Steve Jobs was 52 when the iPhone was launched 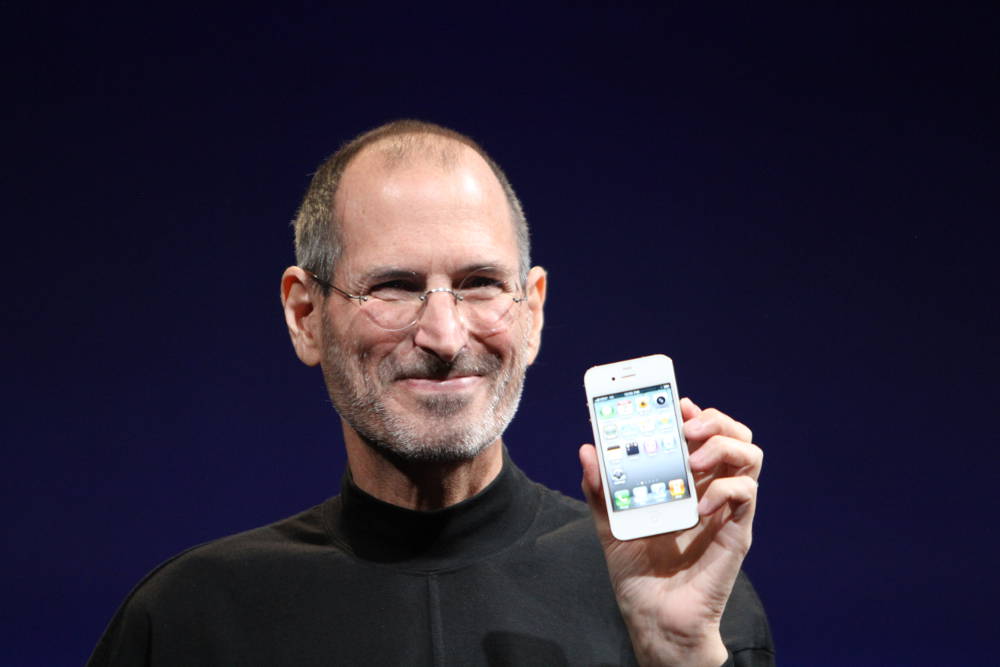 [Photograph of Steve Jobs by Matthew Yohe under Creative Commons]

A friend of mine—let's call him Raj—is just over 40 and a passionate follower of the industry he has worked in since he completed his MBA. A little over a year ago, Raj went out on his own with another friend from the same industry and started a company. In a short span, they have a range of product offerings, multiple customers and real revenues. Obviously, raising money is the next step.

Raj called me excitedly a few days ago to share the news that one of the first investor groups to which they pitched was very interested and likely to offer a term sheet shortly. But, both he and I were intrigued by a comment one of the prospective investors made: "I was 27 when I started. You are probably too old for this thing, we'll have to bring younger people into the team."

How things have changed! During the dotcom boom, in 2000, one of my students at IIM Bangalore—let’s call him Sanjay—struck out on his own. He had a fine idea, was able to demonstrate a proof of concept, put together a small team, and started working out of space that we provided informally on campus. But, no one was willing to fund Sanjay until I (36 years old at that time) agreed to step in as CEO.

My father became an entrepreneur at the age of 42; his earlier years were spent in research. His business venture was built on application of technologies he had developed as a researcher. I can't recall age having hampered his enterprise. On the contrary, his age and experience helped him convince sceptical customers who needed reassurance that an Indian product could perform as well as one imported from abroad.

My all-time favourite social entrepreneur, Dr. G. Venkataswamy, started Aravind Eye Hospital after retiring from a long career in the Tamil Nadu Health Service. His overriding passion to combat curable blindness and his keen understanding of how Indian society works ensured that Aravind could create a unique scalable process for cataract surgery that today enables some of the lowest cost surgeries in the world. Dr. V, as he used to be called, is no more, but his successors have built Aravind on the foundation he created.

I recently visited the Myra School of Business at Mysore. In a short time, it has been able to establish itself as a business school with a difference with a truly global faculty and innovative courses. You don't ask a lady her age, but Myra founder Shalini Urs told me that she started teaching in the 1970s, so it's easy enough to guess hers. Her energy and passion would put a younger person to shame.

When I was working with Sanjay in 2001, I recall looking up the details of the founding teams of US-based dotcom start-ups. Many of them had experienced teams with those in CXO positions with 20+ years of experience. At least at that time, age and experience appear to have been valued by US investors. This is consistent with a general preference for entrepreneurs who have "seen it and done it".

Steve Jobs was able to re-create himself multiple times during his career. He was 52 when the iPhone was launched, and the iPhone was as much a hit with young customers as it was with the old.

Steve Jobs was able to re-create himself multiple times during his career. He was 52 when the iPhone was launched

Overall, I don’t see why age should be seen as a disqualification for entrepreneurship.

But, I can see certain contexts where youth would make a difference. One is when your start-up is operating business-to-consumer (B2C), and your consumers themselves are young. That would be true in, say, social media. Being young yourself would help understand the needs and aspirations of the target market better.

Even large companies understand this. When Tata Motors developed the Tata Ace, a sub-one-tonne pick-up truck, they asked a young engineer, Girish Wagh, to head the team, as he would be able to understand the psyche of a young businessman buying his first truck better than an experienced Tata hand.

The second is where technology is changing fast and is non-cumulative, that is, developing current technology does not depend upon your knowledge and understanding of past technology. This would be true for Sergey Brin and Larry Page developing the Google search engine, or Mark  Zuckerberg and his friends developing Facebook.

In contrast, age and experience are usually valuable in a business-to-business (B2B) context. Business buyers, particularly for enterprise solutions, tend to be conservative and prefer buying from those who have specific domain expertise. Each industry has its own lingo and buyers relate to those who can speak their language.

Age and experience are usually valuable in a business-to-business (B2B) context.

Age may also be useful when the success of your enterprise depends on user behavioural change that is slow to happen. The patience of older people may help stay the course.

But I would certainly question the assumption that age disqualifies you from being a successful entrepreneur. Some of the biggest names in fashion design are older men who clothe some of the most fashionable young divas.

Some of the biggest names in fashion design are older men who clothe some of the most fashionable young divas.

Both the young and old have to guard against some minefields in their entrepreneurial quests.

I am writing this soon after the investors in housing.com appear to have made peace with founder and enfant terrible Rahul Yadav after some rather intemperate remarks made by him. I wonder whether Yadav was trying to imitate Steve Jobs’s trademark contempt for the "suits". In any case, it’s wise not to let youthful exuberance degenerate into uncivil behaviour.

For senior people transitioning into a start-up from a corporate setting, the biggest challenge is doing everything yourself and working without all the props and supports that you took for granted earlier. Coping with the change in status that goes with your visiting card carrying an unknown logo rather than an established brand is another hurdle.

For senior people transitioning into a start-up, the biggest challenge is doing everything yourself

For a country in which there was a natural and often unquestioned deference to age, I am glad to see a move towards recognizing the fact that more than half our population is below the age of 30. But, we may be going too far if we conclude that you can’t be a successful entrepreneur if you are on the other side of 40!