What is Indian about the Indian entrepreneur?

Endless growth, the goal of a Western template of business, is not sustainable. A characteristically Indian model would be to make profit while being mindful of the impact of business on society 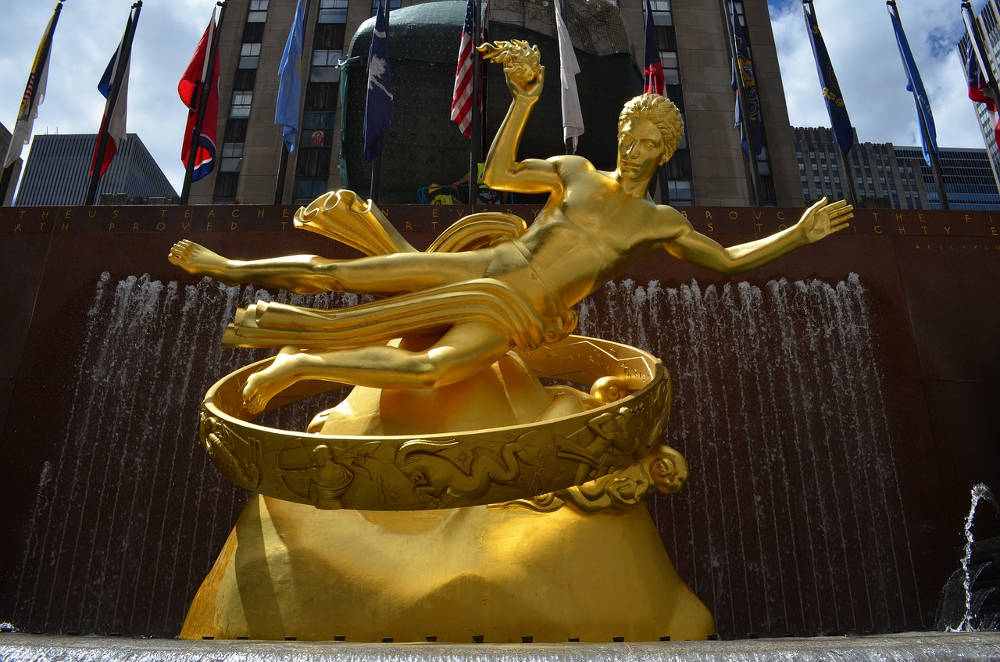 [A statue of Prometheus at the Rockefeller Center, New York. Prometheus, who stole fire from the gods, epitomises the spirit of Western capitalism. Where natural resources are inexhaustible and the only measure of success is growth, year after year. Photograph by lcarissimi under Creative Commons]

The entrepreneurship ethos in India has come a long way, and has made rapid strides in recent years. In the 1980s when, armed with a bachelor of engineering degree from the Indian Institute of Science, I chose to work in an exciting startup in Hyderabad, the extended family mourned the “loss of talent”. A couple of years later, when I struck out on my own, and developed a small artificial intelligence system for the National Remote Sensing Centre, I was considered insane; I was redeemed only because I soon left for the US to pursue a PhD at an Ivy League school.

Today, in contrast, the Indian scene is brimming with entrepreneurs. It now ranks in the top 5 startup communities in the world. The Indian government’s Economic Survey in December 2015 noted that there are 19,000 technology-enabled startups in India, and, “eight Indian startups belonged to the ‘Unicorn’ club (ventures that are valued at $1 billion and upwards).” There are 48 million small businesses in India—more than twice that in the US, which has 23 million. For the youth of India, entrepreneurship happily is now as valid a job-option as a “government job” was in the past.

There is a fly in the entrepreneurial balm, however, which prompts this essay. As I teach MBA courses on entrepreneurship in Indian B-Schools, and mentor young Indian entrepreneurs, I hear expressions of entrepreneurial ambitions by young Indians. Their confidence in their abilities is bolstered by the reception they anticipate they will get in Indian society. “I want to build the next Amazon,” proclaims one entrepreneur. “Facebook acquired WhatsApp for $19 billion!” gushes another. For the youth of India, the model startups are companies like Facebook and Amazon, and model entrepreneurs are the likes of Elon Musk, Jeff Bezos, Richard Branson, and Mark Zuckerberg. I do not hear much mention of NR Narayana Murthy of Infosys fame, or Azim Premji of Wipro, leave alone nineteenth-century entrepreneurial paragons like Laxmanrao Kirloskar or Jamsetji Tata. So, if business models for Indian entrepreneurs are fashioned in the West, and business heroes are not Indian, the question comes up: What is Indian about the Indian entrepreneur? Velcheru Narayana Rao, professor of Telugu and South Asian Studies at Emory University, was visiting us recently, and this question became the subject of our conversation. The thoughts below come from that conversation.

To answer the question about the Indian-ness of the Indian entrepreneur, we need to understand the prominent mythological tradition that epitomises the spirit of Western capitalism. In Greek mythology, the titan Prometheus was squarely on the side of humans, and constantly at odds with the Greek gods, especially Zeus, their king. This interest motivated him to steal fire from the gods on Mount Olympus and give it to humans, a legend that is well known. Prometheus therefore has been considered an exemplary risk-taker, an explorer, and an innovator—all characteristics of an excellent entrepreneur.

But if we think about it, there is a metaphorical impact in the Promethean act, particularly, the impact that created and influenced the capitalist mindset. In fact, at the end of PB Shelley’s 1820 play, Prometheus Unbound, in which Prometheus is freed from the curse of Zeus, the world is left in a state of anarchy with no power in charge at all—the perfect analogy to the free market of a capitalist world.

In Promethean thinking, the goal is endless expansion. That is, in the Promethean model of human civilization, nature is available to humans for exploitation—Prometheus hands humans fire, which exemplifies the tools with which to exploit nature. (In Rudyard Kipling’s The Jungle Book, the same Promethean fire is mirrored in the Red Flower that Mowgli hunts for, and eventually procures.) Land, plants and trees, birds and beasts, the rivers, the seas—all that we see on earth that is not human, is there to be exploited by the Promethean human. And underlying this consumption is the assumption that all natural resources are inexhaustible.

Growth is never cyclical in this paradigm—since resources are inexhaustible, the only measure of success is growth, year after year. Thus, the essential Promethean, the capitalist, is starkly individualistic—profit for the self dominates everything else. The Marxist, arguably a socialist rather than an individualist, shares with the capitalist the essential belief that nature is inexhaustible and exists to be exploited by humans. The only difference is that the exploits are distributed to a society rather than retained by the individual.

Shyamal Chatterjee, the protagonist in Satyajit Ray’s 1971 movie Seemabaddha (Company Limited), based on Mani Shankar Mukherjee’s novel, evokes the Promethean human. When a set of ceiling fans meant for export is found to be defective, Shyamal, a rising executive, instigates a strike on spurious grounds. A watchman is seriously injured but Shyamal is able to use the strike period to meet the delivery deadline and as a result, he becomes a director in the company.

The Indian entrepreneur, like Shyamal Chatterjee, and indeed, one could say the modern Indian business, has a predominantly Promethean mindset. More currently, and in the real world, the woes of Rahul Yadav of Housing.com fame can be traced back to the demands of the Promethean model. Pushed by this model, the goal of Indian entrepreneurs is to mimic business models that have been successful in the West, and consequently, there is a lack of true innovation in the country. And of course, by this argument, “What is Indian about the Indian entrepreneur?” becomes a rhetorical question.

And yet, the Indian entrepreneur need not be solely Promethean. There is another model that is available that offers a stark contrast to the Promethean model—the Gandhian model. By “Gandhian”, I am specifically referring to the model that MK Gandhi presented in his book Hind Swaraj in 1909. Gandhi had not returned to India at this time, and his major influences were Thoreau and Tolstoy, and on the Indian side, Dadabhai Naoroji. This was raw Gandhi—not engrossed in the Congress party or the independence movement, or engaged in his bizarre experiments with young women—a Gandhi whose considerations were humanistic but struck at the root of the colonial-political regime.

In the Gandhian model, humans are part of nature, and nature can be endangered by human exploitation. An advanced civilization, in this model, lives with the land and with nature’s cycles; it recognises the importance of every species of animal and plant; and it strives to retain the balance of the world. Growth is not incessant, but cyclic, and in stark contrast to the capitalist Promethean entrepreneur, the Gandhian entrepreneur knows that her welfare lies in the welfare of her fellow beings and in the nurturing of nature. Thus, she will shun any technology or “advance” that will exploit nature at a rate more than nature can replenish itself. In this Gandhian utopia, businesses and economies are localised, and societies are small and self-sufficient.

As we all know, the Gandhian model is perhaps an impractical ideal in the path that we have travelled in modern India. But it has some important lessons for us as we try to construct ourselves as “Indian entrepreneurs” and not mere “entrepreneurs in India”. The challenge before Indian entrepreneurs then, is not to make the next Amazon, or to become the next Elon Musk. The challenge is to find that happy mix between the Promethean and the Gandhian models that allows us to think not just of profits and bottom lines, but also of our families, and our employees and their families, and beyond that, to think of the society at large.

Aravind Eye Hospital, established in 1976 in Tamil Nadu by the visionary Dr. G. Venkataswamy (popularly called Dr. V), is an excellent example of such blending. Over the last 40 years, it has performed millions of screening tests and hundreds of thousands of cataract surgeries. The unique business model draws on a for-fee model to fund its free services. The problem of eye care is not uniquely Indian, but the scale of the problem is definitely Indian. And Aravind Eye Hospital’s business model makes the solution for eye care a typically Indian blend of the Promethean and Gandhian models.

With our emphasis on the family, rather than just on the individual, we Indians are well-equipped to merge the Promethean and Gandhian models. Thus, a characteristically Indian model would be one that alongside profit-making considers the burdens it is imposing on society and the benefits it can deliver to society. It is a tough ask, and it is individually negotiated with each entrepreneur finding his or her own balance—just as Dr. V did with Aravind Eye Hospital. But, that Indian entrepreneur who can resolve this balance through self-scrutiny is the one who will be truly free and capable of innovation.

Five publicity lessons Mahatma Gandhi teaches entrepreneurs
What we need to do to make design thinking strategic
Empathy and the power of being moved
Speed with stability: How to embed agility in your firm
You might also like 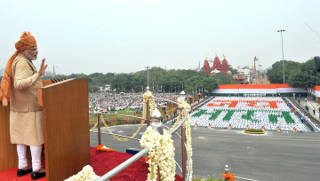 Indian Innovation: Too much Valley Kool-Aid without the Valley 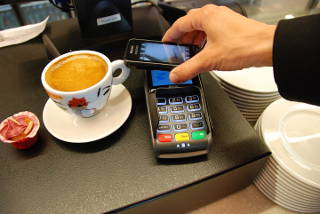