India has a unique opportunity to pioneer a distinct model of affordable healthcare. There are already many outstanding examples of healthcare innovation in the country 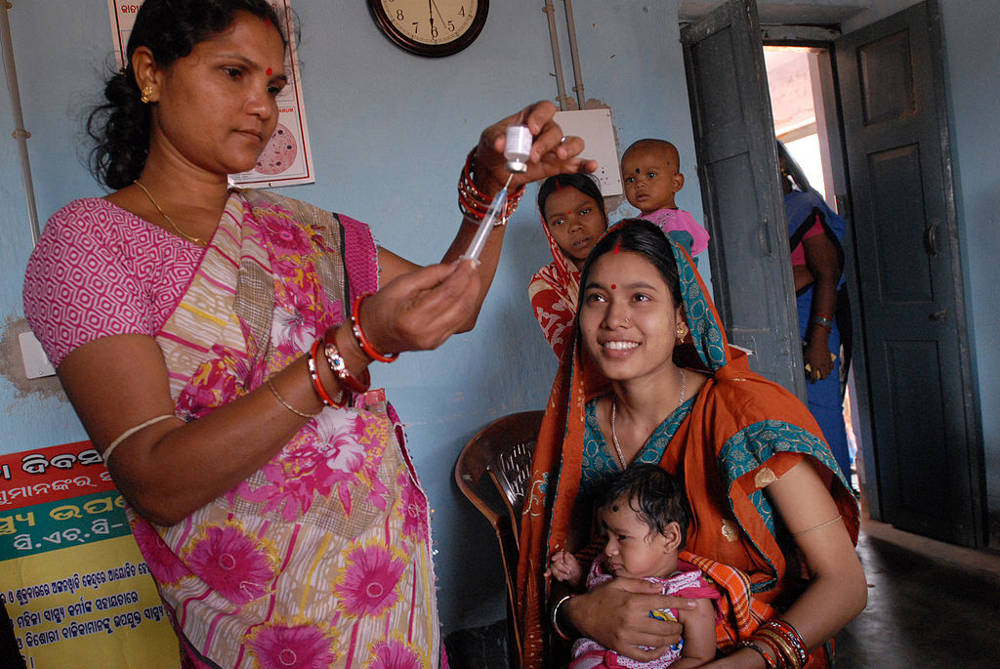 When I get invited to attend large student gatherings, I often make a pitch to them to focus on making a substantive impact on one of the zillions of major challenges facing our country.

At a recent event, my pitch got support from a quote attributed to Swami Vivekananda that was displayed prominently near the entrance to the venue: Take up one idea. Make that one idea your life—think of it, dream of it, live on that idea. Let the brain, muscles, nerves, every part of your body, be full of that idea, and just leave every other idea alone.

Where does one go to find that one problem and idea that could become a life’s mission? One possible answer came loud and clear from a conference organised by the Tata Memorial Centre at Mumbai as part of its platinum jubilee celebrations. Titled “Healthcare: Is it a commodity or a human need?” the conference focused on the big picture of the healthcare challenges faced by India.

While India has undoubtedly made substantial progress on most health-related outcomes since independence, we don’t do well when you take a comparative cross-sectional perspective. Our infant mortality rates are worse than those of Bangladesh and Nepal, countries that have roughly half and one-third, respectively, the per capita income of India. Women’s health is a major concern with more than half our women being anaemic and more than a third of the women in child-bearing age suffering from chronic nutritional deficiencies.

These aggregate numbers mask major differences across the country. Kerala has infant mortality rates comparable to those of European countries, while those in UP are worse than in Sub-Saharan Africa. In what has been termed the ovarian lottery, your health status is dependent on your caste, gender, and the region where you are born.

What is the reason for this poor performance on health, one of the most basic of human needs?

The first reason that comes to mind is spending. Perhaps we don’t invest enough in healthcare. It turns out that we spend about 5% of GDP on healthcare. This is low, but some countries achieve much better outcomes at this level of spending than we do.

According to many experts, there are two reasons why we don’t achieve good enough outcomes at this level of spending. The first is a politically incorrect reason at a time when we are supposed to be enjoying a demographic dividend—due to our large population, per capita spending on health is low in absolute terms.

The second reason relates to the source of the money and how it is spent. Government spending on health is a little over 1% of GDP. Private individual payments account for most of the rest of healthcare spending. As the Bill and Melinda Gates Foundation India head Nachiket Mor explained at the conference, private individual purchase of healthcare is not efficient due to information asymmetry and lack of bargaining power.

Further, the government’s spending is focused primarily on maternal and child health (25%) and based on government provision of services. The government spends predominantly on the salaries of its health system employees.

Diseases are not detected early because of a poor primary health system. As a result, problems get magnified and attended to late, leading to higher costs, morbidity and mortality.

Notwithstanding this gloomy picture, we do have some positives. According to the experts at the conference, there has been considerable progress in vaccination programmes. The efficiency of the government system has increased over time. Some states have shown that government can catalyse better health outcomes.

Salaries in India continue to be low and this should allow us to provide good healthcare at a low cost. To take a simple example, a nurse’s salary in the US could be about 30X of what it is in India if you consider official exchange rates.

Most importantly, we have microcosms of high-quality, low-cost healthcare.

At a total cost of just Rs 360 crore a year, of which Rs 170 crore is recovered from patient fees, the Tata Memorial Centre in Mumbai is the leading cancer referral centre in the country. The cross-subsidisation model followed ensures that 30% of the patients are treated free, and another 30% at a very nominal cost.

Aravind Eye Care System has done more than 5.9 million eye surgeries since its inception, and does 400,000 fresh ones every year. Their model is a combination of optimised efficiency and cross-subsidisation. And, most importantly, their infection rates are as low as in the best hospitals in the world.

Fired by missionary zeal, hospitals like CMC Vellore offer outstanding healthcare at low cost through a combination of austerity and appropriateness.

Innovation offers the potential to bring down costs and improve the quality of healthcare across the spectrum.

Some of this is being pioneered by hospitals themselves. Aravind Eye Care manufactures its own intraocular lenses at the cost of $2 per lens and exports them all over the world. Private sector cancer specialist chain, HCG, is promoting the use of AUM Voice prosthesis device at $1 for those losing voice due to throat cancer. Narayana Health has developed local suppliers for surgical drapes who have brought down the costs substantially.

The public sector has made contributions too. The Bhabha Atomic Research Centre (BARC) has developed cobalt-cased Bhabhatron for radiation therapy. It had also developed a radiation therapy simulator that helps improve the accuracy of cancer treatment.

There is considerable scope for innovation in policy and government programmes in healthcare. The Gujarat government has undertaken major screening programmes. Twelve million women have undergone breast screening by Asha workers. Around 100,000 women identified through this process were examined by doctors, leading to 2,000 cases that needed treatment. Similarly, the state has set up 10,000 primary diabetes screening centres.

Tamil Nadu ensures availability of good quality drugs across its public health system through the Tamil Nadu Medical Services Corporation (TNMSC) that procures, tests and distributes generic drugs efficiently to all government hospitals. The TNMSC has now become a model for other states.

The three giants of medical diagnostic devices—GE, Philips and Siemens—have all made India their hub for developing low-cost devices including ECG machines, ultrasound scanners, and now even more complex machines like MRI scanners.

Startups are exploring the use of technology in diagnostics, remote service delivery and even treatment like never before.

With all these outstanding examples of healthcare innovation, it is clear that India has the unique opportunity to pioneer a distinctive model of affordable healthcare. Several ingredients are in place. What we now need is innovation in policy, regulation and at the health system level to integrate these into a working model. Perhaps the most pressing need is for more policymakers and administrators to take Swami Vivekananda’s advice to heart.