Design and business: The substance of style

No longer seen as window dressing, today design is being seen as a key source of competitive advantage in business—as well as other parts of life 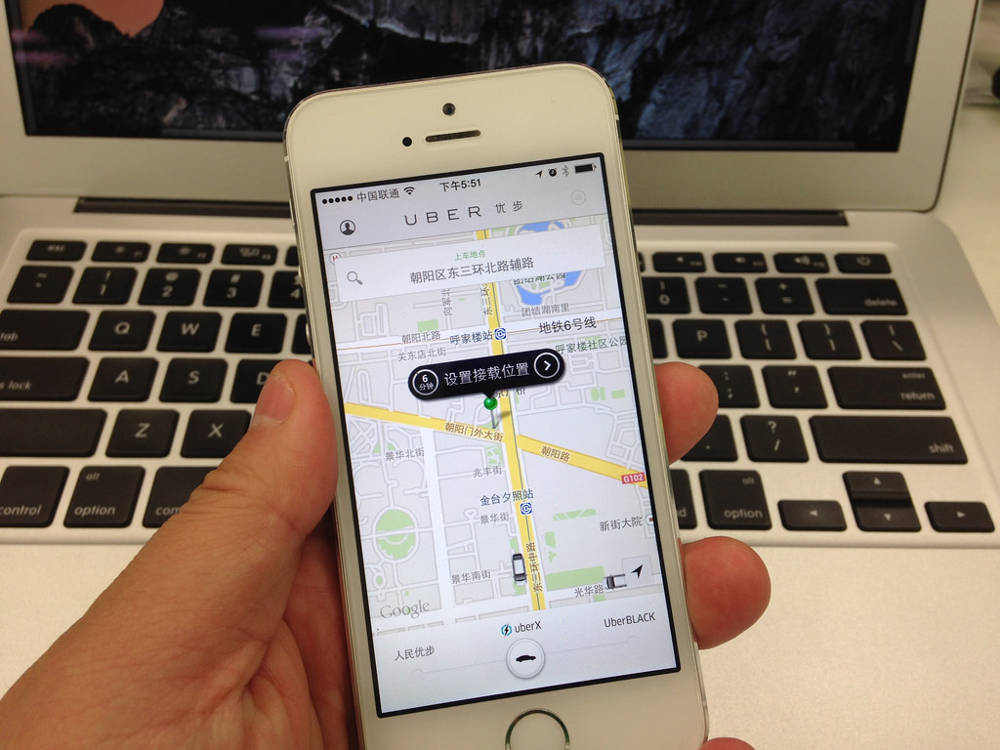 [Uber’s car map is an example of how smart designs are an important part of the success of the business. Photograph by bfishadow under Creative Commons.]

Once upon a time, design was a coat of paint on the locomotive of the real economy. Today, however, value depends less and less on oil, steel and sweat, and more on how a product looks, runs and, most importantly, makes the consumer feel. In this series, we look first at the factors that have made design a prime economic force; next, at how executives have learned to create value by training the entire company to think like designers; then at ways in which cities are seeking competitive advantage with design; and finally, at how design itself is changing—and what those changes will mean to the way we work and live. Here is part 1 in the series.

The substance of style

Design has come a long way in a relatively short time. In 1985, 32% of the S&P 500 value was in intangible assets. By 2015, it had reached 84%, according to Ocean Tomo, an investment bank focused on intellectual property. Not all of intangible value depends directly on design, of course, but it does seem to be a major component: between 2004 and 2015, the returns of an index of 15 major design-driven companies (including such disparate firms as IBM, Ford and Nike) outpaced the S&P by 228%. Nor is this pattern unique to the US: another study found that in the UK, market-to-book values for design-effective companies were 40-80% higher than for the less style-savvy.

Correlation is not causation, of course, but some of the world’s most successful companies do happen to be good at design. Apple’s gross profit margin is now roughly 40.10%, but even companies without many patents but a good sense of style can do well: at 45.3%, IKEA actually earns even more on the dollar than Apple; and Inditex, the owner of Zara and other fast fashion brands, brings home 59%.

Their success has not gone unnoticed:

“Design is becoming a very important part of everything from conversations that are happening in board rooms around it being a strategic lever that can be used to build brands, all the way through to design being thought of as an incredibly powerful tool to tackle big, very complex problems that the world’s facing,” says Charles Hayes, a partner at IDEO and managing director of IDEO China.

Why now? After all, designers have been around forever, and the term industrial design was coined in 1919, nearly a century ago.

Factors behind the boom

Several factors seem to be driving the current boom.

First, as Steve Jobs once noted, design is not only how something works, it’s what it does. In the digital era, this is doubly true. Unlike in the pre-internet days when design might be limited to the shape of a soda bottle or the angle of a teakettle spout, to an extent, design is now inseparable from the offering. From Google’s minimalist home page, to the patented One-Click box on Amazon, to the live car map on Uber, smart designs were an important part of the success of the business.

The internet’s winner-take-all economics add a second incentive to invest in design. In network economics, there often is no second place and few opportunities to build niches. Many of the most successful internet businesses have ended up with the lion’s share of their market despite the fact that their competitors could often match most of their functionality.

Third, globalization has expanded the potential reach of any consumer business in two ways. With larger and larger markets available, businesses can make money either by focusing on the development of key core offerings or by facilitating mass customization. At the same time, scale has driven production to cheaper and cheaper markets. As a result, the fast fashion companies, for instance, have turned to style as a primary source of differentiation. Through their nimble response to emerging trends, companies such as Inditex’s Zara have transformed clothing shopping in many markets from an occasional event to an ongoing entertainment. In 1930, the average American woman owned nine outfits; now, she owns 30.

Perhaps most important of all, the world has more shoppers now than ever. The number of middle income to rich consumers is now nearly 1.8 billion compared to 1.1 billion in 2001, and the number of people living in absolute poverty shrank by 669 million, according to the World Bank.

Many of these buyers are also increasingly sophisticated. Paola Antonelli, senior curator in the Department of Architecture and Design as well as the director of R&D at the Museum of Modern Art in New York, argues that although some people might attribute the increasing level of sophistication to exposure to goods with sophisticated designs such as Apple’s products, something deeper is happening to popular taste. “I think it’s culture in general that’s changing. Products are very powerful transmitters and communicators of culture but they’re not the only thing. Altogether, I think the world is becoming much more sophisticated when it comes to objects,” she says.

In the long run, however, a new concept, a methodology known as design thinking may prove to be the most important factor behind this shift—an approach to business development that begins with the customer’s experience, rather than the business’s goals.

Jeanne Liedtka, a strategy professor at the University of Virginia’s Darden School of Business who teaches design thinking, argues that design thinking is not only changing the emphasis of business, but also encouraging managers to be more proactive.

At the same time, understanding that a change is needed helps motivate employees to deliver that change, according to Liedtka. “We pretend to be data machines in business, especially, but the reality is, if someone goes out and connects with another human being and their needs and pain points, it shifts them in ways that create more of a sense of urgency for change,” she explains.

Others say design thinking is an increasingly useful methodology now because the challenges facing business and the world keep getting more complex. “Design helps because a lot of problems that confront businesses no longer respond to a fixed response in the managerial handbook. Now the first order is to figure out what the problem is and that is sometimes best approached as a ‘design thinking’ exercise,” says Grant McCracken, a cultural theorist currently affiliated with Harvard University’s Berkman Center for Internet and Society.