How do you eat an elephant? One piece at a time. Sounds like plain common sense. If forgotten, failure is inevitable 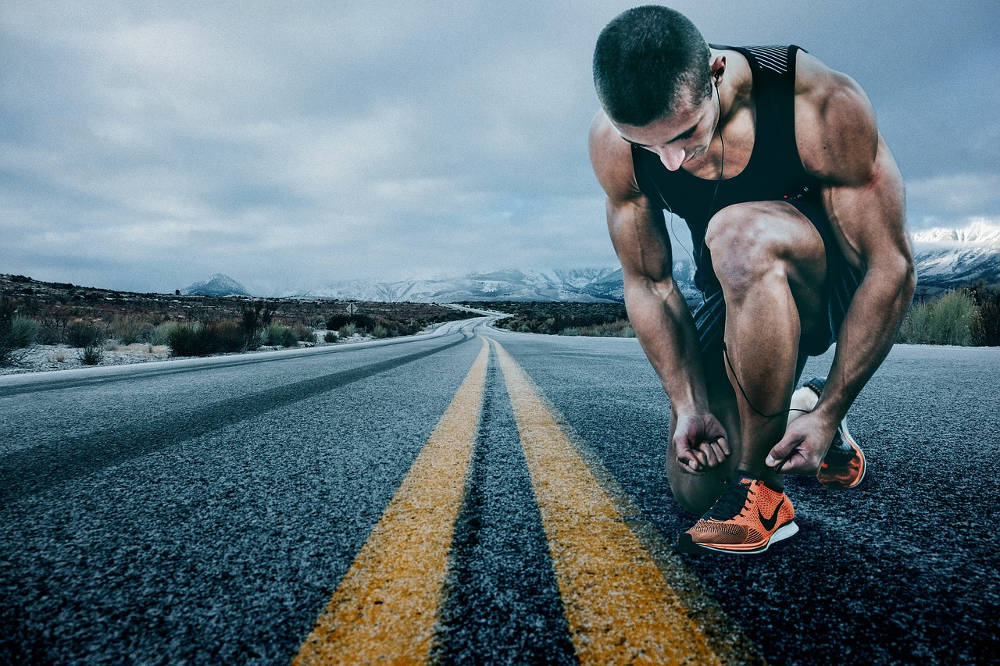 [By Erwin Bosman, under Creative Commons]

And so, after the nth attempt, I cursed and gave up in exasperation. Attempting to breach the 10-kilometre barrier in under 70 minutes was beginning to take its toll on me. I was beginning to feel wasted and drained out of every drop of sweat after each attempt over the weekend.

Now, those of you who know me personally will laugh. But the fact is, for all the blubber I lug around as bulk on my upper body, I am built like a bull and have strong legs. They have enough muscle to keep me going for long distances that most people think I am incapable of covering. For instance, I can get off the couch right now and run 10km straight. But that is missing the forest for the trees. Because as my good friend Rajat Chauhan, a columnist for Mint, practicing physician and ultra-marathoner has often times told me, “It isn’t what you do, but how you do it that matters.”

If more perspective may be needed, in his world, it isn’t only about completing the distance, but as much about how elegantly can I run, how much joy do I find while running, how fast I recover after the run, move on to do other things, make the whole thing seem effortless, get into the “zone” while running to ponder over other things on my mind, not think about running while running, and so on and so forth.

I ought to have latched to the import of all what he was trying to suggest much earlier. Because when thought about, what he was trying to tell me was that running is a creative process. But for most people, me included, pursuits such as writing, painting and creating music are “creative endeavours”. Activities that fall outside pigeonholed definitions are “uncreative” pursuits.

What a terribly flawed way it is to look at the world and why I decline to learn from people like Rajat was driven home the other day from an altogether different place. The pointer to it came in the form of an interview with Ed Latimore around The Secret to a Happy Life with Shane Parrish on Farnam Street Blog—a learning community I follow diligently.

Now, Latimore is somebody I hadn’t heard about, until I listened in to this podcast. Turns out he is a professional heavyweight boxer, now studying physics, who is deeply interested in philosophy and is the author of an underground cult classic titled Not Caring What Other People Think Is a Superpower. I listened in with much interest to what the man had to say. In response to a question on how he looks back at his years of hardship, struggle and humiliation, he started out suggesting that pain must be looked at dispassionately, and in the third person.

“I’ll tell you what I think I did to survive, because what’s funny about pain, right? When you look back at pain, you can’t really remember ... You can remember it hurting, right? But you don’t know how you survived it. I heard this idea referenced from like women who give birth. It’s like apparently its incredibly painful, right? But somehow they do it more than once in their life. I’m not talking about the new mothers. I’m talking about the ones that have multiple kids who know what they’re getting into.”

As metaphors go, I thought it an incredibly interesting one. Many men may refuse to buy into this argument and have suggested being hit on the testicles is exponentially more painful than giving birth to a child. That is the subject of much debate and may never be resolved because I don’t know of any men who may willingly surrender to being knocked on the nuts—but I do know a lot many women who put themselves through pain. So, what is it about women and athletes? Why are they willing to go through as much pain repeatedly?

An interesting insight on why emerges from Latimore’s book on the idea of good pain and bad pain. The trick, he says, lies in understanding what is the difference between the two. In Parrish’s interview, he pushes Latimore to dwell on the thought for a while. And in his own inimitable way, Latimore does that.

“Either you’re going to suffer because you’re unattractive and you have horrible health, or you’re going to suffer while you’re working out, that painful running. So, what’s the difference? Is it all suffering? The difference is one kind of suffering is moving towards something you want, a good body, a good partner. The other kind of suffering or pain is going away from things, going away from putting the work in, going away from being vulnerable and opening yourself up and taking risk. So, no matter what, there’s going to be an uncomfortable process…You get to pick your poison.”

I thought it deeply philosophical. Because when thought about, it puts much into perspective. A man will not want to get kicked in the groin and if he does, it is because it follows after he has gotten into a brawl or done something stupid. This is “bad pain”. A woman doesn’t mind going through pain during childbirth multiple times because, almost always, there is hope of a beautiful outcome. Think of it as a creative process, if you will. This is “good pain”.

But to experience “good pain”, she may have to give up on much while carrying the foetus—like eating the right kind of food, feeling helpless at times, exasperated at others and experience multiple highs and lows all at once because her biochemistry is running amok. But deep down, she knows she can imagine herself as “creating” or giving “birth” to something. Through the process, though, pain is inevitable.

The emotions that may go through the mind of a woman in a place as vulnerable as this, I suspect, may not be very different from an artist in flow, who can throw a tantrum. When looked at from an athlete like Latimore’s perspective, I suspect the metaphor of an expecting woman comes naturally because he perhaps feels much the same way in his head. To survive another bout in the ring, he must practice hard. Now, let’s face it—practice can get monotonous. There is not much joy to be had in cross jumping over a rope for hours on end, every single day, when you are alone and tired.

But he offers a pointer on why it matters. “… Skipping rope is a perfect example. I was a terrible rope skipper. Now I can cross my arms, and jump, and do all this stuff. But, I had to put in the time. Just go every single day. I used to have a horrible jab. Because I couldn’t figure out the mechanics. But in my mind, I was like, ‘I’m going to get a good jab. I’m going to get a good jab because my coach says it’s important.’ And now I understand enough to know it’s important.” In hindsight, this also explains Muhammad Ali’s now famous line, “Float like a butterfly, sting like a bee.” We now think of Ali as an artist, not a boxer.

These pointers in hand, I called Rajat and asked him to paint for me a picture of the kind of people who consult him and are successful. What emerged were images of staid people. This was in complete contrast to what is popularly portrayed in the public domain, that those belonging to the swish set lead lavish lives. Turns out, the most successful ones have routines most of us may consider boring.

In his multiple conversations with them, some common threads have emerged. Inevitably, they do not watch television, read a lot, hit bed early, spend quality time with themselves and spend time on exercise and meditation for anywhere 40-60 minutes each day. This is also the time when the most creative ideas occur to them. These appointments with the self are non-negotiables. And inevitably, when they wake up, they ask themselves one question: “What can I do today to improve myself by at least 1% from yesterday?”

And contrary to popular perception again, they are not competitive creatures. The only enemies they have are the demons in their own head. As for competition, they only seek to beat themselves. Between the pointers Rajat and Latimore offered, pointers to my failures started to fall into place.

Rajat had prescribed three sets of three exercises that I ought to do every day, no matter what. It could be done anywhere, anytime. No equipment was called for. The intent was to build strength. It would help me gain form and become a better runner. How was I to know that? But the monotony was killing. I thought it wasn’t challenging me enough. The real challenge was in beating the clock. But each time I tried to beat it, I’d end up tiring every muscle and bone in my body.

I was violating a principle I thought I had imbibed. There is no use for muscle without strength. Those who improve by 1% every day have internalized it though. These are the kinds who know how to complete a book that runs into 800 pages, for instance. They complete it, 25 pages a day. However compelling the book and plot may be, they will shut it at a prescribed hour, because there are other things to be attended to.

Because they know that when they put themselves through monotony, they are putting in place the framework to build something of consequence that will take them a step closer to their stated goal. That they will gain momentum is a given. I had ignored the basics.

I am now back to basics and the 1% rule. Everything else will follow. After all, what use is muscle without strength?

(This article was first published in Livemint. Republished with permission.)