A roundup of news and perspective on disruptive technology from around the world. In this issue: the future of food, terrorism, human interactions and work. 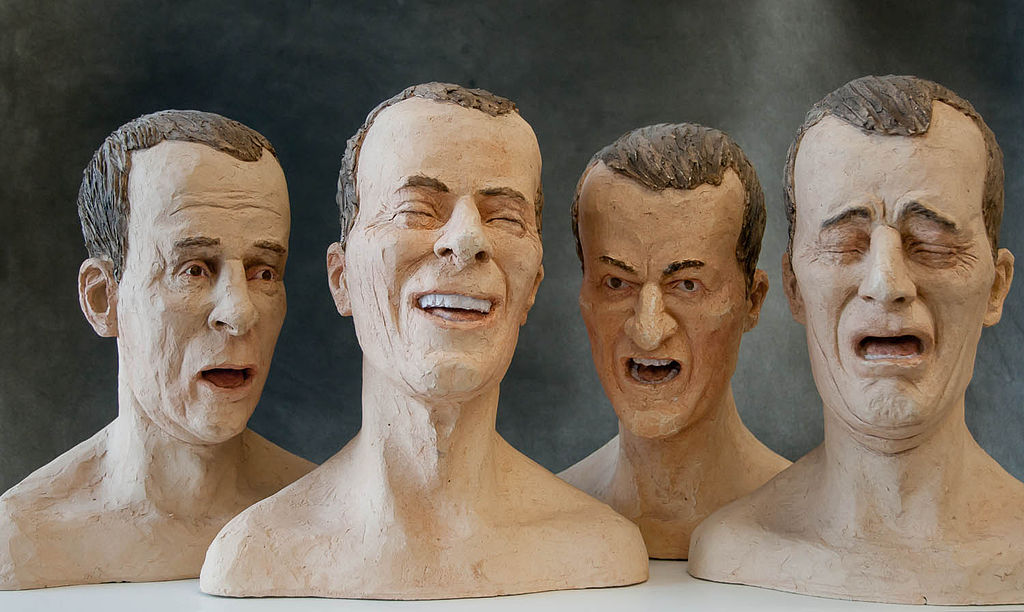 [Photograph - Portrait of a man by Gert Germeraad under Creative Commons]

The future of food

In The Atlantic, writing about ordering food online, Robin Sloan imagines two kinds of future, extrapolating two business models—that of Sprig (which promises delivery of food in 15 minutes) and Josephine (a network of home cooks, where customers do the pick-up). In the first, expertise (cooking, that is) is centralised by a company in a huge hub and humans are merely interchangeable units of labour. It's fast and efficient. In the second, expertise is distributed. Instead of a hub and spoke, there is a dense mesh. Here humans have specific, idiosyncratic tastes and skills, and are connected by technology. Sloan asks his readers what kind of system would they want to live in. Sloan himself prefers the second. In reality, both models are likely to co-exist.

But, it underlines the huge impact food tech start-ups—often dismissed merely as restaurant listing and delivery services—will have on the way we eat and live.

And there is more to come. Modern Meadow, a bioengineering company, is creating meat in the lab. It has some way to go before the synthetic meat is commercially viable, but it can potentially reduce the impact the meat industry has on the environment (and it might take some wind out of some political parties here in India).

The Open Agriculture Lab at MIT is developing open source technologies that let you grow food in a box at home—cheaper, more nutritious, and environmentally friendly because it cuts down shipping, and which could take care of up to 40% of urban diet.

The future of terrorism

Islamic State, the terrorist group that launched multiple attacks in Paris on November 13, might have used  Sony Playstation 4 to plan it. “...terrorists could simply be in a PSN party together and chatting away mostly free from the fear that anyone is listening because of the difficulty and infrequency of governments eavesdropping on those forms of communication,” a post in Forbes says, which also shows in a tragic irony how pervasive encryption technology is today. (Edward Snowden on how to reclaim your privacy.)

Its tweet was succinct: “Make no mistake: #Anonymous is at war with #Daesh. We won't stop opposing #IslamicState. We're also better hackers. #OpISIS”.  The battle between Anonymous and ISIS has been going on for over a year, according to a fascinating report in Foreign Policy. Still, that a group of hackers declared war on a group of terrorists underlines how terrorism is not just about guns and bombs. It’s also about gadgets and apps.

The future of human interactions

Microsoft has launched a tool that can recognize eight core human emotions—anger, contempt, fear, disgust, happiness, neutral, sadness or surprise—in pictures. “Developers might want to use these tools to create systems that marketers can use to gauge people’s reaction to a store display, movie or food. Or, they might find them valuable for creating a consumer tool, such as a messaging app, that offers up different options based on what emotion it recognizes in a photo,” it said in its blog. The tool is fascinating, but only a brief hint of what technology can do.

Will machines be able to perceive emotions that most human beings might miss? Emotions that only experts can catch—for example, someone like Silvan Tomkins, a psychologist. In one example, Paul Ekman, his student, shows Tomkins footage without revealing who were in it, and after removing all the context that might give them away. The footage covered two tribes. One, the South Fore, who were a peaceful and friendly people and the other, Kukukuku, who were hostile and murderous and who had a homosexual ritual where pre-adolescent boys were required to serve as courtesans for the male elders of the tribe. In Malcolm Gladwell’s words, this is how it went.

“The two men, protégé and mentor, sat at the back of the room, as faces flickered across the screen. Ekman had told Tomkins nothing about the tribes involved; all identifying context had been edited out. Tomkins looked on intently, peering through his glasses. At the end, he went up to the screen and pointed to the faces of the South Fore. “These are a sweet, gentle people, very indulgent, very peaceful,” he said. Then he pointed to the faces of the Kukukuku. “This other group is violent, and there is lots of evidence to suggest homosexuality.” Even today, a third of a century later, Ekman cannot get over what Tomkins did. “My God! I vividly remember saying, ‘Silvan, how on earth are you doing that?’ ”

Silvan did that by noticing microexpressions, brief facial expressions that lasts only a fraction of a second, and yet can reveal a lot about a person’s emotional state. Now, Xiaobai Li at the University of Oulu in Finland and his team have developed a machine vision system that can recognize microexpressions. As it stands today, it’s probably not as good as Tomkins, but it’s better than the average individual. “It outperforms humans at microexpression recognition by a significant margin, and performs comparably to humans at the combined microexpression spotting and recognition task,” the team told Technology Review.

The future of work

Thanks in part to the huge amounts venture capitalists pour into tech start-ups, and in part to the grand vision of the founders, we might be giving too much importance to Silicon Valley start-ups and too little to some of the other disruptive forces, or those that stand in the way.

In The Atlantic, Lawrence Mishel, president of the Washington, DC-based Economic Policy Institute, brings some perspective to the debate on how disruptive the gig economy really is, citing Uber’s numbers. For all its claims of disruption, Uber still employs only the equivalent of 80,000 full time workers, and the money that the drivers earn amounts to just about 0.06% of private sector compensation. “Uber is frequently in the news, and digital-freelancing platforms garner a lot of attention, but evidence of an exploding gig economy is, as they say, showing up everywhere but the data,” he writes. The rearview mirror is a bad place to look to know the road ahead, but still Mishel’s broader point is about regulations that could end up having more impact on the future of work.

Gina Neff of the eScience Institute at the University of Washington draws attention to how focus on start-ups can blindside people: “Silicon Valley, often seen as the bastion of innovation, can actually stifle it by crowding out our understanding of where innovation comes from and creating tools that ignore the expertise of front-line workers and their potential for innovation.” There is a huge gap, she writes, between data and implementation—because the system often fails to capture and use the expertise of frontline workers.