This Week: The mind of the Indian politician, the future of privacy, technology and jobs, the rise of populism, corporate governance, and more 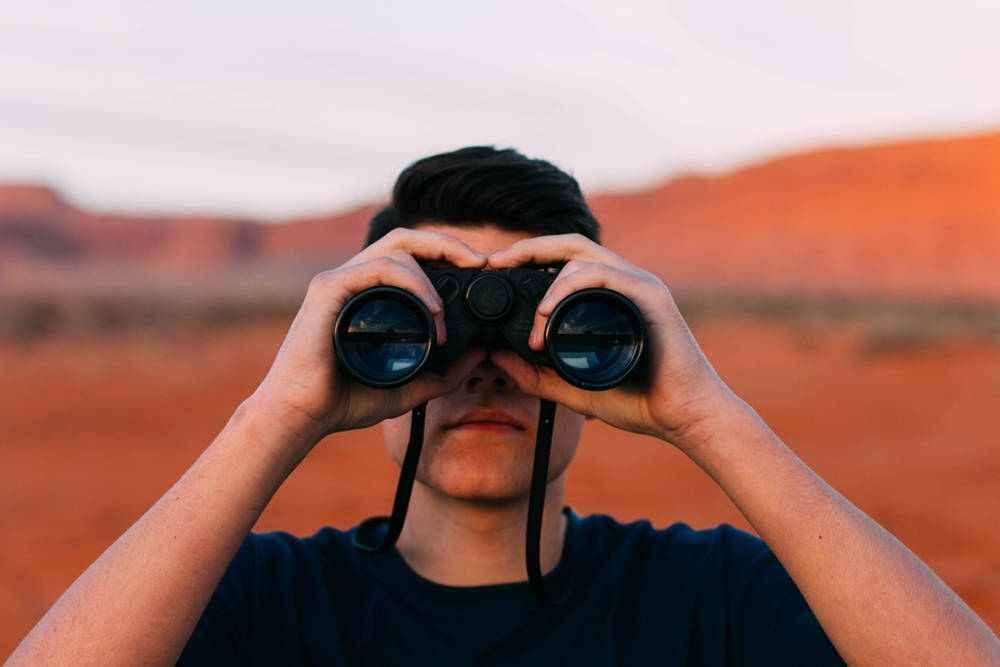 Over the last few weeks, our team at Founding Fuel was busy looking at the immediate past and the immediate future, barring a few days when an important event in Indian entrepreneurial world claimed all our attention.

Two weeks ago we presented to you a curated reading list of the best stories that appeared in Founding Fuel in 2018, updating you on how the needle has moved since those pieces first appeared on our platform. Those of you who got back on the list, and shared it with your friends, our sincere thanks. In case you haven’t had a chance to read it, you can click here.

A week later, we brought you the inside story of Binny Bansal’s ouster from the company he co-founded 11 years ago with his friend Sachin Bansal. The story went into details of what took place behind the closed doors and resonated with thousands of readers.

Some of you (about 300) signed up for this newsletter after reading the story. Welcome. We are sure you will find our weekly missives interesting and thought provoking.

We thank you for your overwhelming response—some of which is compiled here. We promise to take the discussion forward, and add value to your professional and personal journeys. (Is there any distinction between the two anymore?)

The Biggest Questions of 2019

One of the ways we are tackling that is by looking at the future, and in the last couple of weeks, asking a very specific question: What will be the biggest questions of 2019?

As Indrajit Gupta explained in a mail we sent to our network requesting them to send their top questions: “We’re curating a set of questions that any intelligent reader would want to know about 2019. We’re crowdsourcing the questions from our Founding Fuel community of readers and contributors, picking the best ones—and then asking some of the finest minds to take a stab at answering them….

We have no idea what 2019 will be like. But we’re ever willing to stick our neck out, look for the questions that might matter—and search for the answers that help bring a measure of clarity and understanding.”

When we compiled all the questions, the list had more than 60 that reflected this diversity of topics. We grouped similar questions, and for a week, spent a few hours every day discussing the topics that each of us thought were interesting and important for 2019. When we were not discussing the questions over Zoom, we spent a good part of the day pouring over the essays, podcasts and videos referred to during the discussions. And talking to more people about the big themes.

We followed it up with a few more sessions bringing the list down to 10 questions. It wasn’t easy, given that the quality of the questions we received in first place was high. Even questions on the same topic approached it with different perspectives. So, we took some more time to frame the questions in a way that reflected the complexity, importance and immediacy.

We will share the exact questions when we get those answered by some of the finest minds that have spent years thinking about and working on the topic. So, we request you to await the questions and a very important announcement related to it.

For now, let’s look at the big themes the ten questions will explore, and some of the interesting essays, podcasts and videos that we referred to during our discussions—some of them explored in Founding Fuel earlier.

I hope you enjoy reading what we have compiled.

Get a head start on what 2019 has in store by focussing on the issues that will really matter. Find answers to a specially curated set of questions that cover a wide arc, from policy and politics, entrepreneurship and innovation, and business and economy. The countdown starts soon.

India is facing parliamentary elections early next year. In the 2014 elections, NDA riding on the Narendra Modi wave, won 336 of 545 seats. Much has changed since then.

Charles Assisi | The author of ‘Half Lion’ highlights some little known facets of former Prime Minister PV Narasimha Rao’s life, and leadership lessons from how a man without much of a mandate brought in profound transformations. Play Now

Nilanjan Mukhopadhyay | One would be an ostrich by pretending that the phenomenon of distrust becoming legitimate sentiment, is solely the result of BJP’s pursuits. Read Now

When Europe’s General Data Protection Regulation came into force in 2018, it sent a wave of intense debates across the world. India is in the process of passing a data protection law, and eventually a privacy law in the coming years.

[By Pete Linforth under Creative Commons]

What sort of legal framework ought an economically poor, but data rich nation ought to have? When you agree to an entity accessing your data, ought there be a time limit? And what does it mean to have a fundamental right to privacy? Read Now

Charles Assisi| Behind your back, a fierce battle is being fought between actors of all kinds over who owns you. It will end soon. But a price will have to be paid. That includes our privacy. Read Now

China's surveillance state should scare everyone

The Atlantic | The country is perfecting a vast network of digital espionage as a means of social control—with implications for democracies worldwide. Read Now

Businesses, social sector and even government are fast adopting new technologies to make themselves more efficient. Efficiency often comes at the cost of jobs. 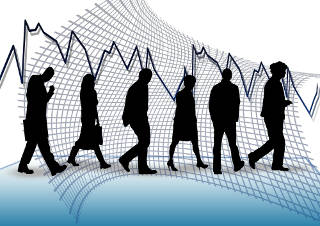 Arun Maira | Jobless growth is a multi-cause, systemic problem. Tackling each cause individually will backfire. A more effective solution is to develop a synergistic policy-matrix. Read Now

Speaking in August 2016, Singapore’s Deputy Prime Minister T Shanmugaratnam says “India needs to grow by over 8 per cent over the next 20 years if it is to create jobs for a youthful population; reduce its extremely high degree of underemployment; and achieve inclusive growth – including a significant shift of people from the lower income group to the middle income group, just as China achieved.” Play Now

The United States, Brazil, Argentina, the Philippines and a host of other countries have either elected or given more votes to leaders standing on the plank of nationalism. 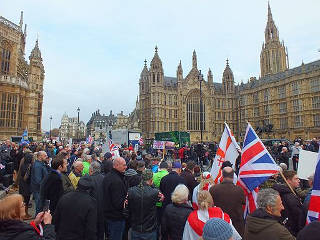 Munk Debate: The Rise of Populism

Disquiet in Paradise: Why the Internet May Be Turning into Fort Knox

Arun Maira | Three recent books lay bare claims that the internet is a democratizing and empowering force in society. Instead, new internet czars have concentrated power in their own hands, made us dumber—and spawned a more divisive society. Read Now

The Indian government seems to be taking on the Supreme Court, the Central Bureau of Investigation, the Reserve Bank of India and other independent institutions 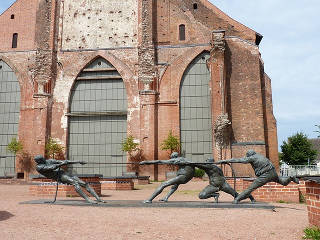 [By falco under Creative Commons]

Satish Misra | Notwithstanding various government claims of its achievements, relationship between different institutions, both autonomous as well as official, and the Modi government has been at best uneasy. Read Now

The US and China are fighting a trade war that has impacted over 5,000 products and billions of dollars worth of trade. 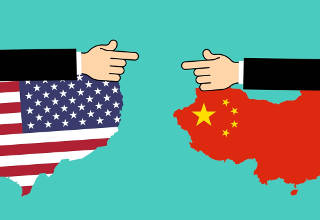 In race for global power, US and China push nations to pick a side

Edward Wong and Alan Rappeport | China and the United States have been courting other countries to pick a side over their trade dispute. Read Now

India has seen a series of corporate governance scandals hitting some of the best known companies including ICICI Bank, the Tatas, and Infosys. 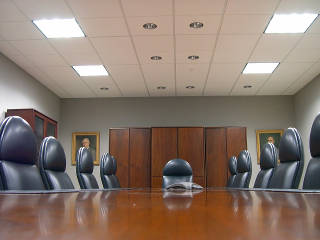 [By kzd under Creative Commons]

A special Facebook Live Conversation with Sanjeev Aga, Subroto Bagchi and Sanjoy Bhattacharyya on what it takes to fix India's corporate governance challenge in the context of Tata-Mistry fight. Play Now

Rama Bijapurkar | The Infosys founder has always claimed the high moral ground on good governance. But by taking on the current board in a high-pitched boardroom battle, he may have violated his own tenets and weakened the institution. Read Now

The clean India movement was kick-started by the newly elected NDA government in 2014 to make India clean and open defecation free. 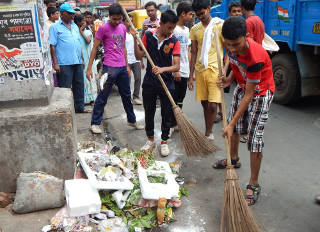 Amrita Chowdhury | Monitoring performance and impact is key to the success of the Swachh Bharat Mission. And that’s where technology can make a big difference. Read Now

Bill Gates on the toilet, reinvented

Every passing day brings some bad news about the environment, even as new scientific studies indicate that curbing global warming might be tougher than expected. 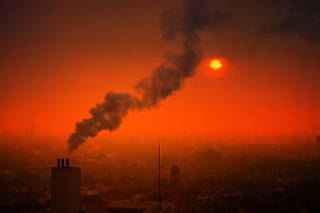 Lessons from fighting a drought

This environmental documentary follows environmental activists and fishermen in their fight to save Europe’s largest saltwater lagoon from industrial farming. Play Now

10. The Impact of Broadband

What will be the real impact of cheap data in India? 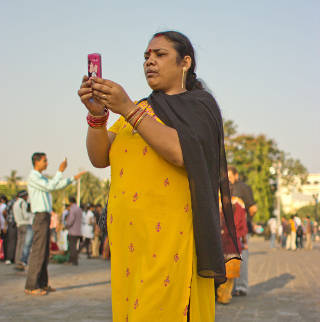 Offline and falling behind: Barriers to Internet adoption

More than 60% of the world’s population remains offline. Without removing crucial deterrents to Internet adoption, little will change—and more than 4 billion people may be left behind. Read Now 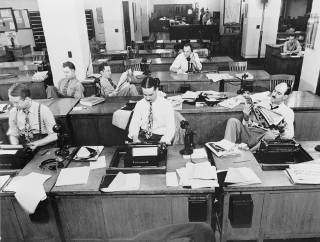 The Fourth Estate versus Chanda Kochhar 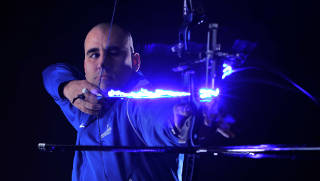