A case for boosting ecommerce in India

India’s ecommerce sales are only about 2.5% of China’s. There are many compelling reasons for ensuring that ecommerce diffuses fast and widely. A policy push can hasten the pace 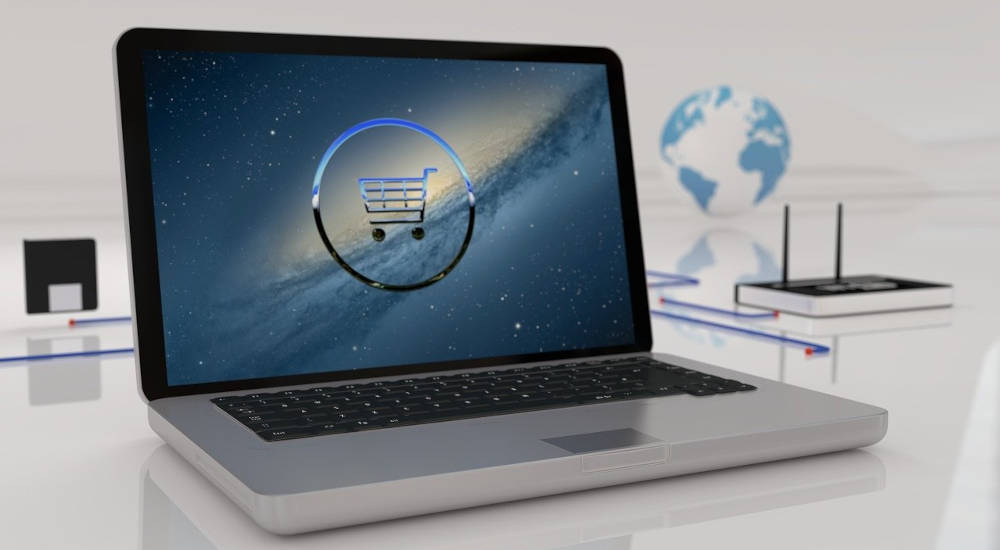 Since the Digital India programme was launched in 2015, India has notched up significant successes in some verticals such as real time payment transactions, where it was the global leader in 2020, according to a study by ACI Worldwide and Global Data. However, India lags significantly behind in ecommerce activity. Compared to China’s and the US’s ecommerce sales of $2.3 trillion and $795 billion, respectively, in 2020, India’s ecommerce sales were just $55 billion, placing it 9th in the world, according to Emarketer.

The Indian government has come up with a new set of draft rules on ecommerce with a view to i) provide a level playing field for online and offline merchants to compete with each other, ii) to protect consumer interests, and iii) to favour the sale of India-made products over imported ones. These new rules further tighten the functioning of the ecommerce sector, under which foreign-owned ecommerce entities could only operate the marketplace model in India (where they act as a facilitator between buyers and sellers), and not the inventory model (where they own the inventory and sell directly to buyers).

As always, it is important for regulators to strike a balance between regulations on the one hand and the speed of diffusion of innovations on the other. Sometimes, well formulated regulations take time to be put in place but can lay the foundation for the subsequent fast uptake of innovations. China’s digital payments innovation diffused fast and widely based on minimal regulation (also referred to as light touch regulation), making the country the most cashless of the large economies of the world. However, the growth of Alipay and WeChat Pay was so uncontrolled and they branched off into so many other activities traditionally provided by banks and other financial services organizations, that the Chinese government had to step in to restore order, fearing they could endanger the financial system of the country. India’s digital payments ecosystem took much longer to gather pace, but the introduction of the Unified Payments Interface (UPI) ensured a level playing field and the growth in digital transaction since then has been nothing short of spectacular.

There are a number of compelling reasons, social and economic, for ensuring that ecommerce diffuses fast and widely. First, ecommerce can benefit residents’ welfare both in their roles as consumers and producers. The World Bank, in partnership with Alibaba, conducted a study in 2018 of the impact of ecommerce in China. The study found that “the development of ecommerce, where it has taken hold, is associated with higher household consumption and reduced inequality, bringing to people in rural areas the convenience, variety, and low prices enjoyed by urban dwellers.”

What is perhaps less appreciated is the ability of ecommerce to empower rural producers. The World Bank study also examined data from 1,371 households in 80 “Taobao” villages across eight provinces in China. To qualify as a Taobao village, a village must have annual ecommerce revenues of approximately $1.5 million and 100 online shops that trade on Alibaba’s ecommerce platforms. Taobao is Alibaba’s consumer-to-consumer (C2C) platform, whose initial model was based on eBay. Its importance as a micro B2C platform has increased over the years. From 2014 to 2018, the number of Taobao villages increased from 212 to 3,202 and the number of active online shops in these villages went up from 70,000 to 660,000.

Second, there is significant evidence that ecommerce contributes to improving operational efficiencies, which in turn affects the overall productivity of the economy. For example, it can cut down inventories by as much as 80% due to far fewer stocking points. Revenue per employee for online retail can also be significantly higher than for an offline model. Finally, online retailers can offer a much greater assortment of products, even those that have very low demand (called the long tail phenomenon). The one important disadvantage online retail has with respect to offline retail is fulfilment cost, due to the necessity of making the last mile of delivery. However, the improvements in other operational areas are so large that the net impact is still significantly in favour of online retail for most product categories.

Third, growth in ecommerce can benefit India’s Make in India campaign by offering manufacturers an efficient channel to distribute their products, which can be delivered much more cost-effectively to customers. Manufacturers’ reach is also maximized with minimal investment in warehousing and distribution infrastructure. In addition to higher business efficiency, ecommerce has been associated with greater automation of processes and much greater adoption of technologies in general along the entire supply chain. India’s supply chain costs are estimated at 14% of GDP in comparison to the global average of 8%. Growth in ecommerce can lead to a reduction in these costs.

Fourth, as we have seen during the Covid-19 pandemic, ecommerce is the safest way for us to keep the economy ticking, which will allow manufacturers to continue to produce, the entire distribution chain to continue to operate and for consumer demand to continue to be satisfied. This will also keep fiscal revenues flowing in, in the form of CGST and SGST. There should be an aggressive campaign to persuade, and even incentivize, offline businesses to go online.

We need to understand why, in spite of achieving a decent level of digitization (number of internet users, number of smartphone users, sophisticated digital payments infrastructure, unique identification and leading ecommerce companies operating in the country) and significant improvement in infrastructure in small towns and villages (roads, power supply, financial services, etc) India’s ecommerce sales are only about 2.5% of China’s. Some steps we can take to stimulate ecommerce are:

1. Democratize the ecommerce industry. While it is true that Amazon and Flipkart are two giants with significant footprints, we must not forget that there is a large number of local players also, such as BigBasket, Swiggy, Zomato, Dunzo, Nearbuy, Trice, Udaan (for B2B ecommerce) and many others with interesting nuances in their business models.

2. Encourage hyperlocal models. Essentials still account for the bulk of ecommerce volumes, and their proportion in the ecommerce basket has grown since the start of the pandemic. It is extremely difficult for ecommerce platforms to make a profit on essentials, because margins are very low, and last mile delivery costs eat into profits. Hyperlocal models can be encouraged whereby offline merchants including kirana stores work with Swiggy Genie, Zomato and Dunzo to deliver orders to customers. The way these smaller players have risen to the challenge during this pandemic is worthy of admiration. With the right support and encouragement, these entrepreneurial ventures are capable of competing with the giants and extending the reach of hyperlocal ecommerce to all the corners of the country.

3. Come up with incentives for the ecommerce players to extend their reach to the smaller towns and villages. This is happening already but the process needs to be accelerated. China has excellent road infrastructure that reaches deep into the rural areas. India’s rural road network has grown from 2.7 million km in 2001 to 4.5 million km in 2021 and this effort should be continued, making 100% of the rural roads paved as soon as possible.

4. Empower rural producers with a view to enhancing their incomes. GoCoop.com is one of the most experienced ecommerce platforms in empowering rural producers. It works with weaver and artisan cooperatives to connect them to urban markets in India and abroad. They helped each cooperative and each artisan they work with generate on average Rs 10.27 lakh and Rs 51,333, respectively, of incremental income every year. The government could leverage the experience of GoCoop and other similar organizations to launch a programme to strengthen the capabilities of rural suppliers. This is an uphill task for individual private organizations but with funding and support from the government, it is eminently doable.

5. Encourage partnerships. The best way to protect the interests of the small offline retailers is by encouraging them to partner with one or more of the many ecommerce platforms that exist in the country (O2O, or online to offline models). Those that have an established customer base can set up their own ecommerce platform. Once again, training programmes by chambers of commerce and trade associations are the need of the hour.

When we read the arguments in favour of and against ecommerce, we are reminded of the resistance to the computerization of the banking industry in the 1980s. Those who opposed computerization feared large-scale loss of jobs. However, these fears have not materialized and today we cannot imagine a banking industry where the processes are still manual. This is not to say that computerization did not cause pain to certain sections of the banking workforce. Similarly, the growth of ecommerce could cause some pain to offline retail. The right conversation to have is to focus on how this pain can be mitigated rather than on stopping the advance of ecommerce. The benefits of ecommerce—to customers, vendors, supply chain service providers and to the country as a whole—are too numerous for us to do otherwise. 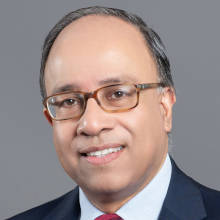 S. Ramakrishna (Rama) Velamuri is Professor and Dean of the newly founded School of Management, Mahindra University. He was previously Chengwei Capital Professor of Entrepreneurship at the China Europe International Business School (CEIBS), on whose faculty he served for nearly 14 years (2007-2021). He has also been on the faculty of IESE Business School in Spain for four years (2003-2007) and has been a Visiting Professor at the Indian School of Business, the Frankfurt School of Finance and Management, Bocconi University, and the International Anti-Corruption Academy Austria.

Dr. Velamuri’s research has been published in leading academic and practitioner journals. He served on the 2019 and 2020 Advisory Councils of the CNBC Disruptor 50, to select the 50 most disruptive private companies in the world. He has been a facilitator in executive educations programmes for senior managers of multinational companies as well as for high-growth Chinese and European entrepreneurs.

Dr. Velamuri has experience as an investor, board member and advisor to entrepreneurial companies. He worked for six years (1985-1991) as a manager in a Spanish multinational and eight years (1991-1999) as a full-time consultant based in Madrid, serving US, Indian and Spanish clients. 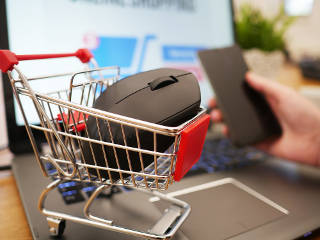 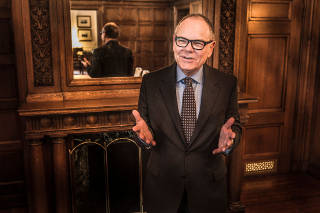