An ecosystem of style over substance?

Venture Capitalists in their current avatar resemble an old boys club where an unspoken caste system exists. But is anyone looking at real value creation?

Over the last few months, we saw some so-called outstanding "value creation" in the Indian Internet and e-commerce space. What with several startups going through multiple fund raising rounds! What I see around me is an ecosystem that demands the entrepreneurs be a certain way.

If they don't fit into any of these silos, by contemporary yardsticks, they aren't "entrepreneurs".

Not just that, these savvy individuals necessarily need to be able to demonstrate how they can scale up from zero to Rs.5,000 crore in revenues in five years or less without any talk of profits. The final badge is when they receive astonishing monies in Series A funding. Add a few zeroes as they raise more funds. The business model naturally factors in their own sizeable salaries because, let's face it, they cannot sacrifice their lifestyle as they build the next Apple!

Having done this, what next? Create a brand by spending millions on awesome advertising campaigns with words like "happiness".

And what happens to those souls who do not fit into the silos articulated above?

Recently, entrepreneurs with great business plans, running well-managed profitable businesses and seeking genuine equity capital to grow their businesses, have been approaching us at Candle Partners for fund raising advice. Each one of them has undergone years of struggle with sizeable personal financial commitment; they understand risks well. Unfortunately, they are plain graduates from lesser-known colleges, run businesses which grow at 15-20% and for whom technology is innovating at the manufacturing and plant levels. No financial investor seems to want to back them.

Even assuming they get a hearing, it is more of a formality. But the outcomes are never in doubt. There is very limited appetite to do anything outside technology, or fund proposals from a team whose average age is over 40.

Entrepreneurs then ask us a painful question: "So what are we doing wrong?" My advice to them lies in going back to basics and revisiting first principles. Did Dhirubhai Ambani go to IIT? Did somebody found Infosys with experience in a strategy firm? Did Sunil Mittal scale up to Rs.5,000 crore in five years? Did Wipro go through a Series A before it achieved greatness?

Each of these ventures was funded by frugality, nurtured by hard work and led by humble entrepreneurs. They all ran businesses that started small. Their sole intent was to generate net profits.

The school of thought I come from believes today's entrepreneurial ecosystem is risk averse and not as innovative as their predecessors. Innovation (or jugaad) comes with frugality - not with a few million dollars in your bank account. Infact, frugal innovation challenges the traditional "more for more" business model of Western companies which pump billions of dollars into research and development, use lots of natural resources to crank out complex, expensive products, and charge customers ever more for new features.

That is why I think it is important to reflect on the basics which some insist on forgetting today. Until not too long ago, an entrepreneur's journey followed a certain trajectory.

Very recently, I asked a chemical entrepreneur who runs a very successful chemical business that rakes in over Rs.100 crore whether he ever imagined his name would appear in newspapers the way startup entrepreneurs without a rupee in revenues to their names are featured now and he chuckled. "Bhai, we barely got any sleep between work and travel. So whenever we got spare time on hand, we used newspapers as bed sheets to sleep on."

Circle back now to 2015. The ability to raise venture capital is not a validation of your business plan - which unfortunately is what it is being construed as. If you need better validation, take a look at companies listed on the Nifty. How many of them ever raised funds from a venture capitalist or private equity fund?

As for financial investors, they ought to introspect as well. Unlike venture capitalists abroad where the key partners have entrepreneurial experience, few examples exist in India.

Are they creating a class-based divide in the entrepreneurial ecosystem as well which no one wants to talk of? In the earlier days, there used to be moneylenders within each community who would lend only to certain castes. By deploying templates of the kind I spoke of earlier, isn't that just what is happening?

Dilip Shanghvi of Sun Pharmaceuticals is a role model now. Would any of today's venture capitalists have funded him when he started Sun Pharma at that early stage?  Would they have evaluated Shiv Nadar of HCL Technologies and labeled his business as confused, non-scalable, and low-end because a sizeable amount of his business came from hardware? Would Harsh Mariwala's logic in the early 1990s to transition the company from a plain vanilla edible oil firm to a packaged consumer goods business appear non scalable? Were these gentlemen told since they haven't graduated from Ivy League colleges, they aren't investment grade?

I think it time the investor community remove their blinkers of judging businesses and entrepreneurs based on pre-conceived notions. The startup ecosystem needs to travel beyond the metros and the clubs that comprise graduates from IIT and IIM. There is life beyond the Internet and mobile. It takes time as well to build good businesses and let's not treat this as a T20 match.

Existing entrepreneurs are not taking enough risks either. Salary levels of several professionals at startups are similar to those in mature companies. We hear of stories where startups poach senior professionals from leading banks and packaged consumer goods companies. "Entrepreneurs" now are well-paid professionals with limited skin in the game as far as their own capital goes. No sir, we are not redefining the rules of startup ecosystem. We are redefining the risks a startup entrepreneur is taking today. Even if you sack him tomorrow, he has nothing to lose.

So, should the classical entrepreneur who may have modeled himself along the old fashioned way of the 1980s and 1990s lose heart? No. Wait for the dust to settle and then look up! The next time an "entrepreneur" rattles away, ask what his net profit was in the current financial. You may start feeling like Dhirubhai Ambani after you get the answer! 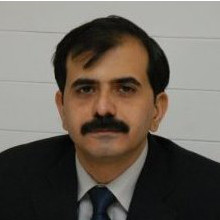 Navroz Mahudawala last worked as a Director with the Transaction Advisory practice of Ernst & Young. With over 13 years of investment banking experience he was with Ernst & Young for the last 6 years. Navroz was largely the key driver of the Retail Consumer Products, Health sciences and Chemicals sector practice in E&Y Mumbai practice from a Transaction perspective. In this timeframe; Navroz had one of the best track record in the practice of deal closures & achieved several deal closures spanning sectors like Retail, Pharmaceuticals, Chemicals, Engineering & Consumer.

Navroz has worked with a diverse background of clients on assignments in M&A, PE Advisory, Valuations, Debt Restructuring, Entry strategies and Financial Advisory. Navroz was also a key part of E&Y's capital market initiatives including working on the firm's FCCB and IPO advisory initiatives.

Prior to joining EY, Navroz was associated with KPMG's Corporate Finance practice. In addition to this he has also worked on numerous corporate finance projects including stints at Lazard India and India Advisory Partners. Navroz also co-promoted an Internet entrepreneurial venture processindia.com; a Chemical Industry B2B in the year 2000-2001 and was associated with it for a period of a year. Navroz is a Chemical Engineer by graduation along with a dual degree of Chartered Financial Analyst (CFA) & PGDBA.. Navroz has written regularly in various mainstream publications in areas of Pharma, Chemicals & Retail. He gets quoted often in leading publications. He has made presentations regularly in forums / events hosted by CII, FICCI & Chemical Weekly. On behalf of E&Y, he was part of the CII Chemicals executive committee for a period of a year.