The former McKinsey chief’s tell-all book is an attempt to offer his side of a story that sent shockwaves around the world. But the book is unlikely to sway his detractors. In an interview, Gupta shares some of the lessons he learnt from the crisis—and a lot more 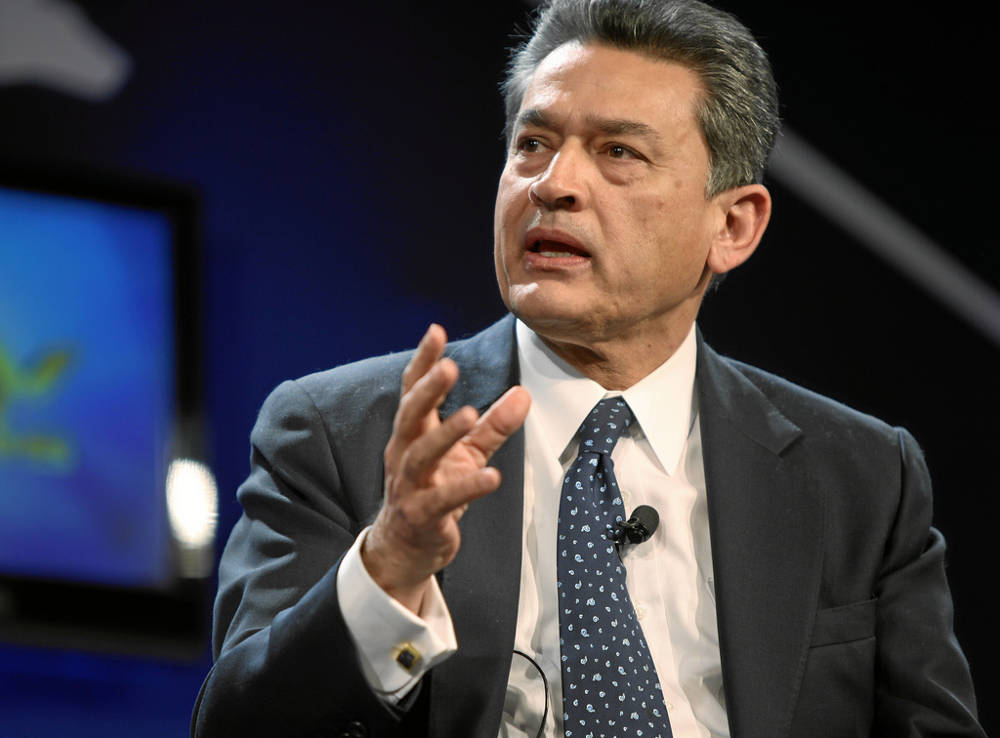 The business centre at The Oberoi in New Delhi’s Golf Links is located in the basement. And it seemed unusually crowded that afternoon. A leading global design school was apparently running its admissions process through the day.

I was scheduled to interview Rajat Gupta at 5:30 p.m. on a Friday afternoon in February. But I was told by the Juggernaut Books team as soon as I stepped into the business centre that he was running late. Some of his earlier interviews had stretched on much longer than expected. Not surprising, I said to myself, given that there’s so much to ask him and lots of ground to cover.

I was told that my interview was the last one he would do, before leaving for a day trip to the Kumbh Mela and then eventually flying back to the US. Gupta had been camped in the capital for almost five days, meeting journalists from a range of storied media publications, both global and local. Everyone wanted answers to the same questions: Why would he not say sorry, instead of defending the seemingly indefensible? Why did he do what he did? What made him befriend Raj Rajaratnam? What was his experience at the correctional facility where he spent two years? What did he make of Preet Bharara? Why did his subsequent appeals fail?

After five days of non-stop questioning—and in some cases, grilling—one would have imagined that he would have been completely exhausted. Instead I was told before I met him that the 70-year-old battle-scarred veteran showed no perceptible signs of fatigue.

The previous interview finally ended. As the lady who interviewed him headed out of the business centre, he stepped out of the conference room to meet me, as the production team set up the lights and two-cam video recording for our session.

I had met him for the first time in 1999 for a story for Businessworld magazine on the Indian School of Business (ISB) in Hyderabad. Prime Minister Atal Bihari Vajpayee had just visited the campus for the stone laying ceremony. And Rajat Gupta clearly was at the top of his game. The who’s who of the corporate world was in attendance. And I saw him schmoozing chief minister Chandrababu Naidu and the corporate bigwigs at the ITC Kakatiya hotel. He did a sharp one-on-one session with me. And I later also met the infamous Anil Kumar, former director of McKinsey, who co-founded ISB with Rajat Gupta—and who pleaded guilty to insider trading in 2010 and became an important witness in the case against Rajaratnam and Gupta. (Even back then, I was told beforehand that Kumar was a polarising figure and clearly not very well-liked. The high point was, of course, a three hour interview with Dean Don Jacobs and Prof Dipak Jain, who had built the intellectual underpinnings of the ISB program, based on their experience at Kellogg School of Management.)

The second encounter was in 2007, when the high-powered jury for The Economic Times Corporate Excellence Award picked Rajat Gupta as the Global Indian of the Year. My colleagues and I spoke to him and a range of people who knew him, including Anupam ‘Tino’ Puri, who set up McKinsey’s India practice in 1991, with Ranjit Pandit and a few others.

I was wondering how all these years may have changed him, just when he breezed in to say hello. We chatted for about 10 minutes about the media industry. He was curious to know more about the business magazine market, the local titles and of course, The Economist. He seemed quite relaxed, despite a long day of interviews.

The room was finally ready for our session to begin.

I had finished reading an advance copy of the book, Mind Without Fear, a few days before the interview. It was extremely well written, taut and gripping. Especially the parts about his growing up years in Delhi, at IIT-D and later at Harvard, and of course, the McKinsey stints in Scandinavia, building The Firm’s practice there. I finished the book in three sittings.

But now, I had a choice on how to play this interview: Whether to go deep into the trial and explore what really went wrong, just as everyone else before me had done. Or should I look for some broader life lessons from his journey to the very top—and the subsequent fall? Very consciously, I decided on the latter. The challenge was to penetrate the facade of sophistication and studied calm. And surface a hint of emotion and feeling.

[Rajat Gupta on how his family held together and supported him during his time in prison.]

There is another reason to go beyond what’s there in the book. Gupta builds a narrative that offers detailed evidence and a set of arguments that almost lays out the court testimony that never happened, all because his lawyers advised him not to go down that path—something he regrets till this day. Here’s the nub of the matter: of course, you don’t have to believe anything that he says. But I think he at least deserves to be heard, before we are ready to dismiss him.

Yet, not everyone will be willing to give him a second chance or hear what he has to say.

Based on multiple conversations both before and after the interview, I found that his name evokes four kinds of reactions.

“Oh my! Are people still fascinated to hear his story after all these years?”

“Why should we listen to a convicted felon? Why not consign him to the dustbin of history? Why give him a platform!”

Three: A feeling of being deeply let-down (typically among people for whom he was a rock star, especially McKinsey alumni based in India):

“He was my role model, the reason why I came into consulting. After what he did, I completely lost faith in McKinsey. It seemed plain stupid for someone of his pedigree and intelligence.”

Four: Exasperation for living in denial:

“Rajat doesn't seem to be doing favours to himself by pleading innocence.”

When the news of his wiretap first emerged, the McKinsey partnership meet was in progress at Washington DC. The recording was played at that meet. (You can listen to it here.) While everyone in the room was stunned, the Indian partners in attendance that day literally froze. For the remainder of the meet, they felt almost ostracised and looked down upon with suspicion. It was a gut-wrenching experience for them.

By the time you watch his interview with Founding Fuel, the chances are that you would have seen the news channels drill down on the infamous insider trading case. Much like what he did in the book, Rajat Gupta clinically trots out the same arguments again and again.

In a nutshell, here’s his take:

1. He’s sorry for hurting those who looked up to him.

2. No, the charges of insider trading were never proven against him. Beyond the circumstantial evidence, the prosecution could never establish that he benefited in any way, other that to maintain the gains would have come through sometime in the future.

3. Yes, he accepts that he was indiscreet in mentioning the Goldman Sachs boardroom discussion with Rajaratnam. But that was taken out of context. If Rajaratnam traded the next day basis the chat, the tip-off could very well have come from another senior Goldman Sachs executive, who was later implicated for passing on secrets to Rajaratnam.

4. And finally, he had no knowledge of Anil Kumar’s million dollar deal with Rajaratnam, while he was at McKinsey or even later.

Based on that wiretap conversation, point no. 4 is really hard to believe. In the book, Gupta isn’t able to convincingly make the case either that he wasn’t aware of the deal. Now imagine how that would go down with the large McKinsey family. In fact, more than the tip on Goldman Sachs, the payments made to Anil Kumar is what set the cat among the pigeons at the McKinsey partner’s meet in DC, triggering the decision to remove Gupta’s name from the alumni directory.

[“When I was down, they kicked me in the face.” Rajat Gupta on how McKinsey treated him after he was charged for insider trading.]

There is another issue that Arun Maira has written about last month in Founding Fuel. The New York Times was at the forefront of a series of investigative stories about McKinsey & Co’s dealings. Maira raised the larger question: in the race to generate wealth for their partners, were management consulting firms in danger of losing sight of their original purpose—to be trusted advisors to CEOs?

Starting with the dotcom boom in the late 1990s, there was arguably a subtle shift in priorities inside McKinsey and across all the major management consultants. Gupta helmed the firm at that time. And some folks believe that the seeds of a possible mission drift were sown then. They also believe that the larger questions that are being raised today about the way McKinsey conducts its business need a relook. in fact, the current global managing partner Kevin Sneader has taken it upon himself to signal clearly that The Firm needs to shed the cloak of secrecy and embrace greater transparency.

Gupta’s tell-all book might have been seen in the same vein. Except that a greater degree of contrition may have actually helped his cause. But alas, that aspect is somewhat missing, in an otherwise unputdownable read.

Here’s the edited version of our interview with Rajat Gupta: 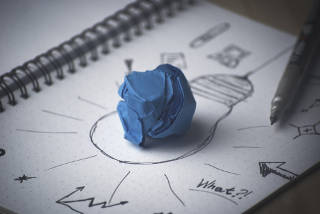 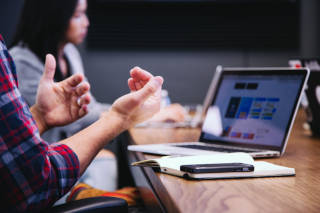