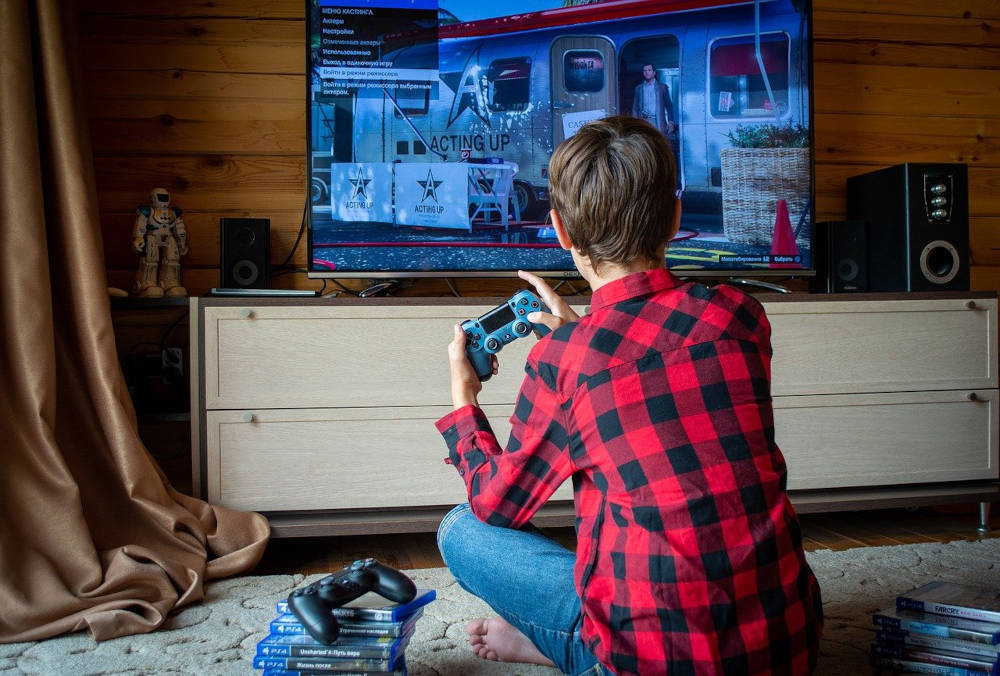 With schools and colleges closed, we are listening in to the voices of exasperated parents wondering how to deal with their adolescent children cooped up at home. Our reading of Behave by the neuroscientist Robert Sapolsky suggests that these are times we must be kinder and more patient with adolescents as opposed to losing cool. He writes, “neurobiology suggests that adolescence is for real, that the adolescent brain is not merely a half-cooked adult brain or a child’s brain left unrefrigerated for too long.”

His research has it that in humans “The delayed maturation of the frontal cortex suggests an obvious scenario, namely that early in adolescence the frontal cortex has fewer neurons, dendritic branches, and synapses than in adulthood, and that levels increase into the mid twenties. Instead, levels decrease.

“This occurs because of a truly clever thing evolved by mammalian brains. Remarkably, the fetal brain generates far more neurons than are found in the adult. Why? During late fetal development, there is a dramatic competition in much of the brain, with winning neurons being the ones that migrate to the correct location and maximize synaptic connections to other neurons. And neurons that don’t make the grade? They undergo ‘programmed cell death’—genes are activated that cause them to shrivel and die, their materials then recycled. Neuronal overproduction followed by competitive pruning (which has been termed ‘neural Darwinism’) allowed the evolution of more optimized neural circuitry, a case of less being more.

“The same occurs in the adolescent frontal cortex. By the start of adolescence, there’s a greater volume of gray matter (an indirect measure of the total number of neurons and dendritic branches) and more synapses than in adults; over the next decade, gray-matter thickness declines as less optimal dendritic processes and connections are pruned away.

“Within the frontal cortex, the evolutionarily oldest subregions mature first; the spanking-new (cognitive) dorsolateral PFC doesn’t even start losing gray-matter volume until late adolescence. The importance of this developmental pattern was shown in a landmark study in which children were neuroimaged and IQ tested repeatedly into adulthood. The longer the period of packing on gray-matter cortical thickness in early adolescence before the pruning started, the higher the adult IQ.”

So, go easy on the young ones.

We are excited to announce Beacon, The Festival of Ideas by by BITSoM, the new global business school based in Mumbai in partnership with Founding Fuel.

In the run up to the festival  we are having a series of conversations on Twitter Spaces.

Vishy Anand, the five-time World Chess Champion, will be our first guest. He will be in conversation with R Sukumar, editor-in-chief of Hindustan Times at 7:30 PM IST today. 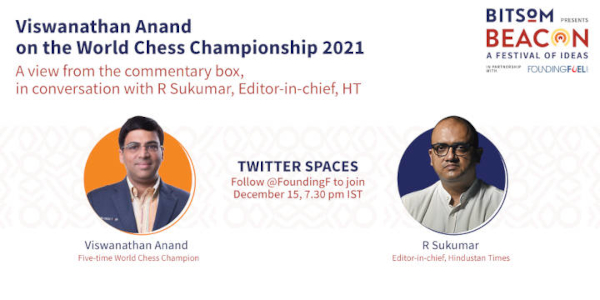 Be sure to mark your calendar. Here is the link. http://bit.ly/VishySpaces

The conversation will focus on the recently concluded World Championship, and also have valuable lessons for anyone interested in what goes into making a world champion.

Beyond these sessions, we have an excellent lineup for the festival. 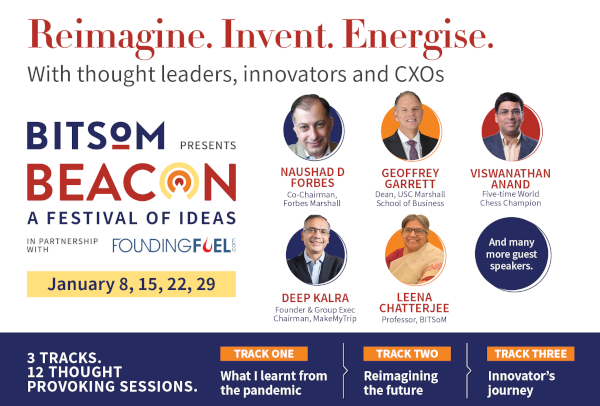 Time magazine's person of the year for 2021 is Elon Musk. Its cover features him with his brand new hairstyle. His impact goes much deeper, as Walter Isaacson, biographer of iconic thinkers and leaders such as Steve Jobs, Albert Einstein, and most recently, Jennifer Doudna, points out. Isaacson's next book is in fact a biography of Elon Musk. He writes:

“As a biographer who has covered the shapers of technological revolutions, I see in Musk many of the traits of earlier innovators. Like Thomas Edison, he knows that vision without execution is hallucination, a weakness that sometimes hobbled the original Tesla, as in Nikola. So he expends 90% of his time on the nuts and bolts (literally) of his products.

“Like Henry Ford, he understands the importance not only of the products he devises but also the factories that can churn them out. His gigafactories for cars and batteries—in the U.S., Germany and China—are showing that innovative methods for manufacturing a product are even more important than innovative products themselves.

“Like Steve Jobs, he is reinventing multiple industries with the strategic use of reality-distortion fields. He questions every assumption in order to drill down to the first principles of physics.

“Like Bill Gates and Jeff Bezos, he has a hardcore intensity that can drive colleagues (and himself) to near madness but also drive them to do things they thought were impossible.

“And like Benjamin Franklin and Leonardo da Vinci, he has an obsessive but playful curiosity about all of the wonders of nature that helps him see patterns across disparate fields."

Most humans are complex creatures and it takes a lifetime of tinkering to understand what goes on in the minds of people. That is why when someone like Charlie Munger speaks, people listen. He earned his fortunes on the markets because he understands how people make decisions. It was the theme of a seminal talk by him on behavioural finance in the year 2000. Then in 2015, he made some revisions to the original transcript. It was published with permission on the Farnam Street Blog and we sat down to read all of it. It was time well invested.

“Of course, money is now the main reward that drives habits. A monkey can be trained to seek and work for an intrinsically worthless token, as if it were a banana, if the token is routinely exchangeable for a banana. So it is also with humans working for money—only more so, because human money is exchangeable for many desired things in addition to food, and one ordinarily gains status from either holding or spending it. Moreover, a rich person will often, through habit, work or connive energetically for more money long after he has almost no real need for more. Averaged out, money is a mainspring of modern civilization, having little precedent in the behaviour of nonhuman animals. Money rewards are also intertwined with other forms of reward. For instance, some people use money to buy status and others use status to get money, while still others sort of do both things at the same time.

“Although money is the main driver among rewards, it is not the only reward that works. People also change their behaviour and cognition for sex, friendship, companionship, advancement in status, and other nonmonetary items.

“‘Granny’s Rule’ provides another example of reward superpower, so extreme in its effects that it must be mentioned here. You can successfully manipulate your own behaviour with this rule, even if you are using as rewards items that you already possess! Indeed, consultant Ph.D. psychologists often urge business organizations to improve their reward systems by teaching executives to use ‘Granny’s Rule’ to govern their own daily behaviour. ‘Granny’s Rule’, to be specific, is the requirement that children eat their carrots before they get dessert. And the business version requires that executives force themselves daily to first do their unpleasant and necessary tasks before rewarding themselves by proceeding to their pleasant tasks. Given reward superpower, this practice is wise and sound. Moreover, the rule can also be used in the nonbusiness part of life. The emphasis on daily use of this practice is not accidental. The consultants well know, after the teaching of Skinner, that prompt rewards work best.” 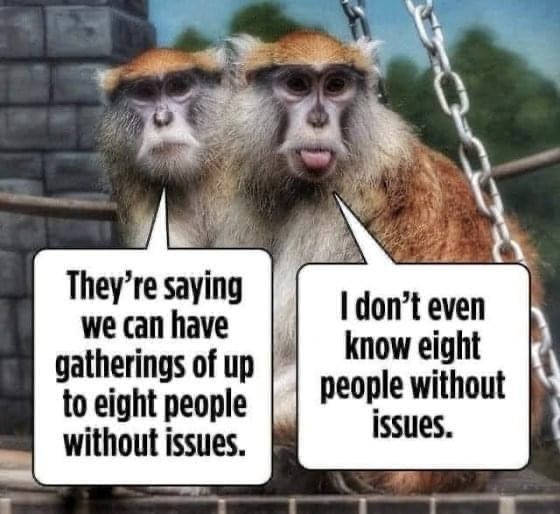 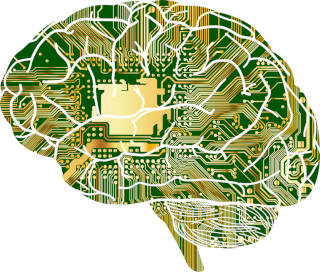 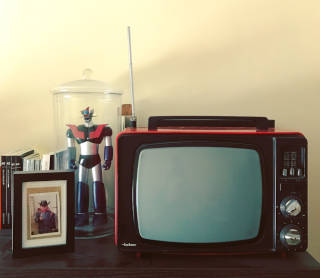 FF Daily #294: Charlie Munger on the advantage of scale

WFH Daily #191: The power of incentives