What you can learn about communicative agility from the salt satyagraha 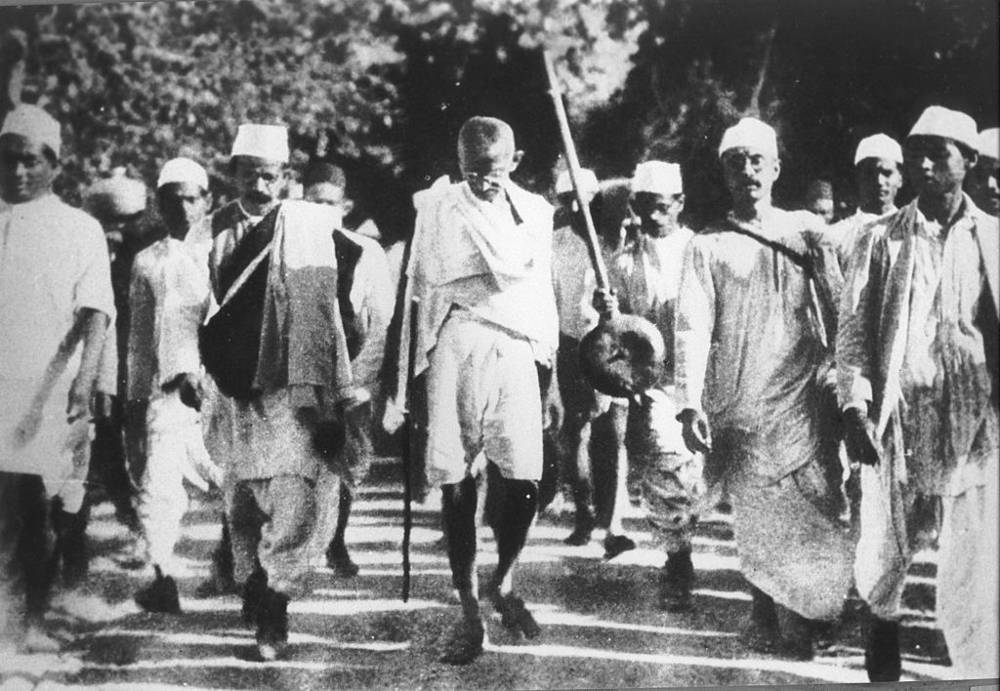 The months of April and May are momentous in modern Indian history. MK Gandhi’s salt march ended on April 6, the Jallianwala Bagh massacre happened on April 13, and non-violent freedom fighters raided the Dharasana Salt Works on May 21.

On April 6, 1930, Gandhi picked up a handful of salt on the beach of Dandi on the west coast of India. He held it up, smiled and announced with tongue-in-cheek humour, “With this I shake the foundations of the British empire!” This gesture sealed a 24-day march of 390 km that today offers five publicity lessons for entrepreneurs.

In February 1930, Gandhi realised the importance of mass defiance to get the British to leave India. He decided on the salt law—the British government had imposed a steep tax on salt in India since 1835 to facilitate the import of salt manufactured in English factories. Despite India’s 7,500-km coastline, making salt was banned; Indians had to buy expensive English salt and also pay a salt tax to the British government in India.

Gandhi’s choice to defy the salt law seemed strange and harmless. The British viceroy Lord Irwin wrote to London, “At present the prospect of a salt campaign does not keep me awake at night.” The Calcutta-based, British-owned newspaper, The Statesman, termed it “childishly theatrical”. However, for Gandhi, salt provided many communicative advantages, and I will trace the five publicity lessons of his salt campaign below.

Lesson #1: Find something that appeals to a broad audience

Salt had broad appeal in two ways. First, as a key and necessary ingredient in food, salt united people across religious and class lines. Second, when Western audiences heard about a tax on poor people for something as common as salt, they were shaken out of the apathy they had showed until then toward Indian independence efforts. They now became more sympathetic toward India’s struggle.

Lesson #2: Make it easy for people to participate in your campaign

The British salt law banned a long list of actions. Making salt, possessing, buying, or selling illegally-made salt, or even encouraging others to break the salt law—all these actions were banned. For Gandhi, this meant that people across India could participate in the nonviolent resistance in many ways—they could make salt, carry it, or even just write about how to make salt.

Lesson #3: Script your campaign like a drama with several acts

Gandhi scripted the action as “a salt march”—a drama that would unfold in several acts. Gandhi and a few select nonviolent followers would walk 390 km in 24 days to Dandi, a small village on the west coast of India, and make salt. Thousands across India would simultaneously break the salt law along India’s long coastline.

From even before the march began, the media and the country were fed with reports about how the nearly 80 marchers were being strictly trained to be nonviolent, or about how Gandhi had decided on a band of activists who would take over if the marchers were arrested. After the march started, the already primed media reported each day’s events with greater fervour.

Imitating a successful drama, there was tremendous suspense. On March 12, Gandhi and his followers began their march, walking briskly at 6:30 a.m. from Gandhi’s ashram in Ahmedabad in Gujarat. There was a sense of imminent danger; memories were fresh of Jallianwala Bagh, eleven years before, where the British army had shot and killed more than 600 unarmed Indians. People followed the events of the salt march in nail-biting tension. However, the British administration was now caught in a dilemma: was the march momentous enough to require them to arrest Gandhi or would it unnecessarily make him a martyr?

And so, when Gandhi reached Dandi, there were no British policemen there. And when he held up his fistful of salt, tens of thousands of people across India broke the salt law, thousands were arrested, and many resigned from government jobs.

Lesson #4: Lead up to a climax

Gandhi was arrested soon. But, following the plan he had drawn up earlier, in the early hours of May 21, 1930, a group led by Sarojini Naidu, the woman-poet, raided the British-run salt factory at Dharasana, near Dandi. Here, the British made a remarkably unintelligent move—well-armed policemen attacked the nonviolent activists with steel-tipped batons, cracking skulls and spilling blood.

Lesson #5: Recruit an influential agent to spread your news

Gandhi had instructed his activists to ensure that there were Western journalists watching when they began the raid on the salt factory. Webb Miller, an American journalist, watched in horror as unarmed rows of volunteers moved forward to the factory’s fences and were felled by the policemen. Other nonviolent protesters simply replaced the fallen ones. As the sickening drama unfolded, Miller started to telegraph his reports to New York. More than 1,350 newspapers across the world republished his reports, and they were even read into the US Senate records.

The result was exactly what Gandhi had planned. World sympathy was now firmly with the Indians; the British were now seen not as benevolent and caring but as the ruthless, savage and exploitative tyrants they were. The British began to lose control over India, and 17 years later they left the country. This was Gandhi’s communicative genius—a brilliant demonstration of what I call communicative agility in the framework of five agilities that I discuss in my book Nimble.

What is Indian about the Indian entrepreneur?
What we need to do to make design thinking strategic
Empathy and the power of being moved
Speed with stability: How to embed agility in your firm
You might also like