InMobi's Miip May Be More Important to India than Pichai 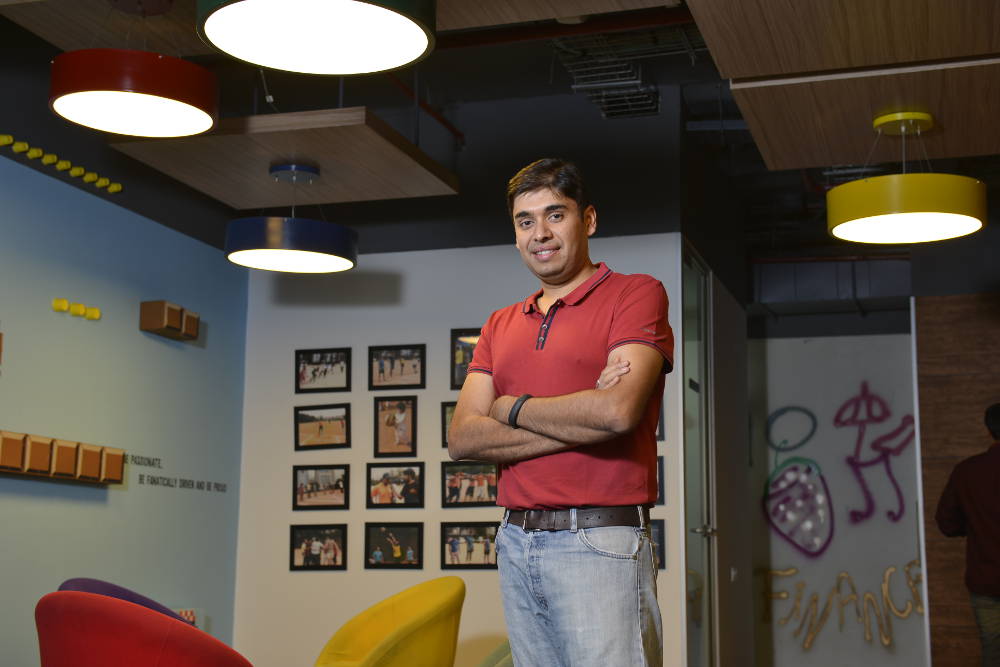 Isn’t it strange that we were obsessed with happenings at Google while the really momentous news of the coming of age of a serious desi challenger got lost in the noise?

News of Sundar Pichai’s ascension to the Google throne hogged media headlines for almost a week.

While I could understand the excitement instigated by the front page of Dainik Bhaskar in a young tier-2 and tier-3 city audience for whom a compensation of Rs 300+ crore would seem out of this world (however misleading that figure is since Pichai’s actual compensation in his new role is not known, and conversion from dollars to rupees doesn’t make sense anyway), the hoopla in the metro-based English language press was surely misplaced.

Indians are smart, ambitious and can communicate well. Once they have studied at a top US university and worked there for a while, they fit well into American corporate life, capable of discussing football and technology, and being politically correct. Most importantly, they can be quite conformist and refrain from rocking the boat. Clearly a good choice if you are a culturally diverse company like Google.

And, mind you, this may not really be the throne anyway as Larry Page and Sergey Brin are just one degree of separation away.

I have nothing against Pichai who appears to be a perfectly competent technical manager with the right credentials. But for me there were more interesting and promising events happening recently that didn’t get the attention they deserve.

What We Should Have Focused On…

For years now, we have bemoaned the absence of a Google-like company from India. Yes, we have had successful tech enterprises from India but these have been in the difficult-to-relate-to business-to-business (B2B) IT services space. The real big news of the last few weeks is that we now see some green shoots pointing to the emergence of an IP and technology-based leader from India.

On August 5, in a virtuoso performance that had a clear Steve Jobs touch to it, the CEO of InMobi, Naveen Tewari, introduced his company’s new advertising platform, Miip, to a gathering of who’s who in the technology world at Bangalore.

For the technological cognoscenti, InMobi is not a new company. It calls itself the “world’s largest independent mobile advertising platform”. Funded by Softbank, Kleiner Perkins Caufield and Byers and Sherpalo to the tune of $220 million, InMobi reportedly served 2.2 trillion advertisement requests in 2014. Its revenues are not in the public domain though some reports suggest that they could be as high as $500 million.

So, What Is Miip and Why Is It Significant?

Firstly, mobile advertising is huge and growing rapidly. With the shift of the internet to the mobile, most dramatically underlined by some Indian e-commerce giants’ decision to be “mobile-only”, the clear trend is for advertising on mobile.

Secondly, the whole promise of internet-based advertising (and now mobile-based advertising) is better targeting and customization. But this promise has to a large extent been belied. I am repeatedly amused by the fact that after I have purchased a ticket from, say, Indore to Delhi, I see online advertisements offering me low-priced Indore-Delhi tickets. These are completely wasted on me.

And, as InMobi keeps reminding us, many users see advertising as a distraction and an intrusion rather than something they find useful or enjoy.

Most extant internet or mobile-based advertising is intent-driven. You search for something you want to buy by entering it in a dialog box, and the search engine helps you by displaying related advertisements in addition to the search results. Once you have done such a search, related advertisements keep popping up even though the purchase may have been completed or you no longer have the requirement.

InMobi’s Miip is a mobile-based discovery platform that not only uses advanced analytics to overcome this problem, but also features a cute mascot that enters into a dialogue with the user to make suggestions and elicit user feedback. Along the way, the user can consult her friends before making a purchase choice using social media. All of this is done with high-quality visual content that exploits the superior graphics of today’s smartphone screens. Together, these enable an enjoyable and comprehensive shopping experience.

What’s significant in this case is that the company is already a strong player in the mobile advertising space, having entered at the right time about seven years ago. This gives it the muscle and the connections to capitalize on a big bet like Miip .

I particularly liked the launch of Miip in San Francisco, Bangalore and Beijing in quick succession, as these could very well represent loci of technological advancement and economic growth for the next decade. Unlike the earlier generation of Indian companies that shunned collaboration, it was good to see InMobi sharing space with important partners like Paytm and Walmart at the launch event itself.

I have only one regret about InMobi: I wish it wasn’t into push-based advertising that will promote even more consumerism.

India as a Product Nation

India’s success in services came from our ability to write high-quality software at low cost, without the need to make large irreversible upfront investments in technology or products. Companies like InMobi represent a new frontier where we are taking large bets and investing in platforms and new technologies.

This article is not only about InMobi, but about this new generation of companies that’s changing the way we do business. If sustained, this trend could help India become a Product Nation. In the long run, that would have much more impact than a few Indians heading major global corporations.