Lessons from fighting a drought

Droughts can be managed to take the sting out of the phenomena. Here are seven learnings from Amit Chandra, managing director of Bain Capital in India, social entrepreneur Nimesh Sumati and Sundeep Waslekar, president of Strategic Foresight Group & Cauvery delta farmer Ravichandran Vanchinathan 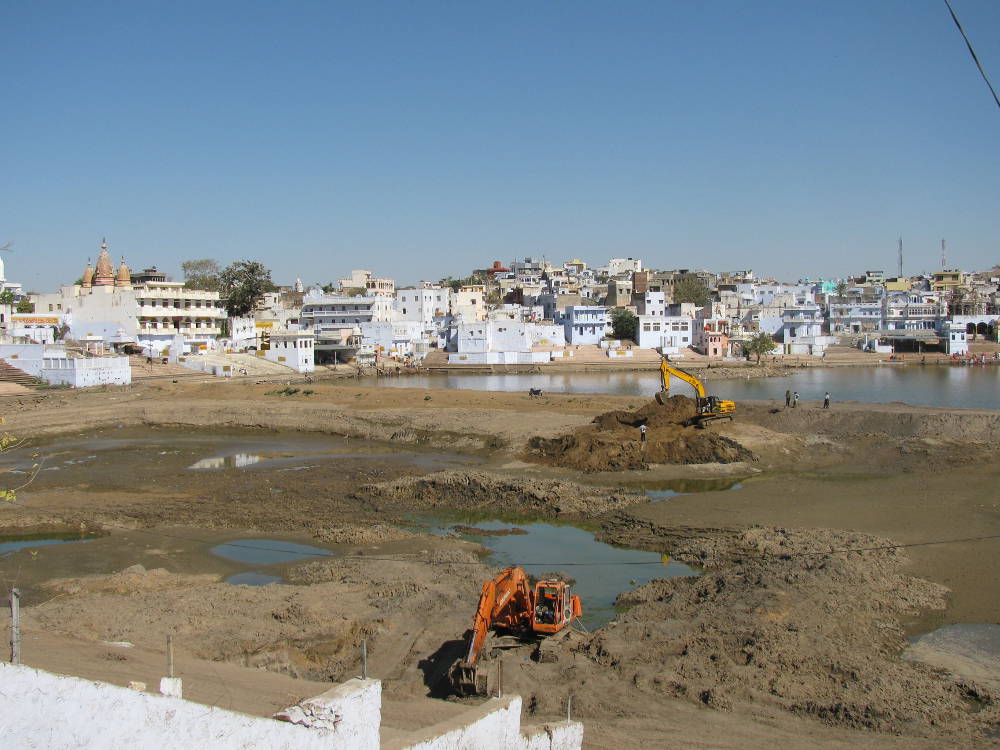 [Photograph: Pushkar Lake being dredged to fight its silting up by Zenit under Creative Commons]

India is facing one of its worst droughts. Water shortage has hit over 330 million people, which is  more than the entire population of the United States. It has hit them—especially those in rural areas—in several ways. Loss of income, thirst, hunger, ill health, emotional distress and even death. One hundred and sixteen farmers from 10 states have committed suicide.

The pressure on the government is building. Children’s rights activist and Nobel Peace Prize winner Kailash Satyarthi recently urged the prime minister to declare the drought a national emergency. There has been 22% rise in school dropouts in drought-hit states and 24% hike in child trafficking, he said. More recently, in response to a public interest litigation, the Supreme Court came down heavily on state and central governments for their failure to tackle the situation.

Their anxiety and anger is understandable. These are problems that one would have expected a democracy with global aspirations to have solved years ago. That hasn’t happened for a number of reasons ranging from a lack of political vision to bureaucratic apathy. However, amidst this desert of suffering, there are some oases of hope. There are solutions—both within and outside India—that can put an end to some of the worst impacts of drought. They need to be adapted and scaled up. Founding Fuel spoke to a few people who have tried them. Here are seven takeaways from our podcast on the subject.

1. Simple solutions like desilting a dam can make a big impact

Activities such as desilting, compartment bunding and rainwater harvesting might not sound like real solutions to serious problems like drought. After all, they sound simple and easy to execute. Surely, if it’s really simple, people would have tried it? The answer unfortunately is no. Yet, when they were tried, they worked. Amit Chandra, managing director of Bain Capital India, points to one of the projects he is involved in. Three years ago, a group of volunteers helped desilt a dam, Akoladev in Maharashtra’s Jalna area. It was desilted to the extent of 10%, and the silt—which is most fertile—was spread over the agricultural land. The impact of that initiative is visible today. The land is more productive, and farmers’ incomes have gone up. The area looks like a green oasis, says Chandra. Encouraged by the results, they have now taken up similar projects to cater to 50 villages in the Latur - Beed area in Maharashtra. 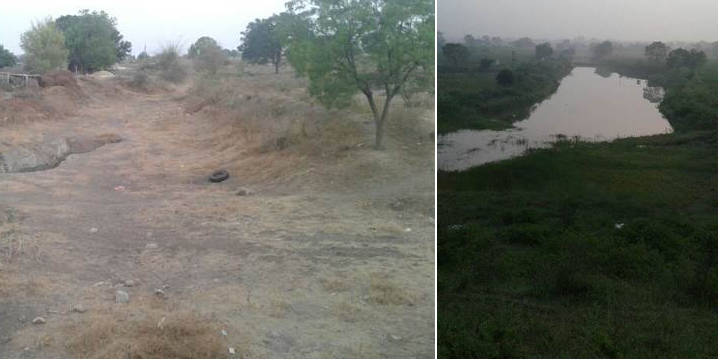 [(Left) The Akoladev dam before the desilting by Dilasa in 2013; (right) the dam today. The Jeevrekha dam in Akoladev village, Jalna district, is a live example of how natural resource management practices have helped the dam harvest more water. It has provided 800,000 litres per day of drinking water over the last three years—despite the dry spell over last two year. It remains flush with water even as other villages are reeling from a drought.]

Listen to a 5:22 minute audio clip where Amit Chandra talks about the low cost, ecological solution that showed results.

2. It is a systemic problem that also needs policy corrections: Lessons from Africa’s Sahel region and Singapore

Concerned citizens often use “it all adds up” logic to push for small behavioural changes. One such initiative is to nudge people to stop asking for a water refill in restaurants, unless they need it. While these are important, they are not enough. A big impact often demands big steps, Sundeep Waslekar, President of Strategic Foresight Group, points out. For example, coordination among different parties and institutions to decide on how and when to use and allocate water. When drought struck the Sahel region in Africa in the 1970s, the leaders of those countries came together to manage the water resources better. Similarly, Singapore, recognizing that it would face a serious water problem given its dependence on Malaysia for supply, took big policy decisions early on.

In this 6:16 minute audio clip, Sundeep Waslekar talks about how the leaders of Guinea, Mali, Mauritania and Senegal took the drought in the Sahel region as an opportunity to cooperate and formed the Senegal River Basin Organisation to anticipate crisis, manage water resources better and reduce the consequences of drought.

That one of the most talked about technologies that was used to address the drought in Latur district was invented back in the 1800s should underline what happens when the entire focus is on fire fighting, rather than strategic planning. Waslekar points to existing technologies—precision irrigation for example—that can in effect bring down water usage. However, there is also a need to develop more. One way to do that is to set up more agricultural universities, he says.

Listen to this 4:35 minute clip where Waslekar speaks of technology solutions like irrigation on demand, using software to direct water only to those segments of the field where water is most required.

4. Farmers are more than willing to adopt technology—in good times and bad

It is said that doing things right will not help if you are not doing the right things. In the case of agriculture, which accounts for 80% of water usage, the crops matter. Ravichandran Vanchinathan, a farmer in the Cauvery delta region, says one of the ways they countered water shortage was to change crops. A group of farmers in the region came together and decided to shift from paddy, which is water intensive, to pulses, which consume less water.

Listen to what Ravichandran has to say about using drought-tolerant crops.

5. In bad times, it is important to see farmers as partners and participants and not merely as beneficiaries

When it comes to dealing with drought, those with most skin in the game are the farmers. Not only did they contribute money and efforts towards development initiatives, they also came up with some innovative ways to go about the work. One example that social entrepreneur Nimesh Sumati, who is part of a group of volunteers called Caring Friends, cites is a token system to distribute work, inspired by the system they used in their community kitchen. When Amit Chandra travelled to drought-hit areas, he found the condition bad, but he also saw people ready and willing to work to make things better. In fact, the desired impact is best achieved when there is a partnership between the funders/advisors, NGOs and local communities.

Here Chandra speaks about how people want to fight back and do not want dependency for solutions.

6. Reduce distress: Bringing the community together can mitigate the emotional stress

There is a school of thought that charity should end with providing money or food, and not intervene too much in the lives of the beneficiaries. But, a crisis like a drought or famine is not just about the lack of water or food. It also has an emotional impact. It can take away one’s self confidence. Feeling lonely can make matters worse. Chandra says the community kitchens brought people together, and the human interaction gave them a lot of confidence. Sumati of Caring Friends says that the community kitchen also broke the caste and religious barriers, with Brahmins eating food cooked by Dalits, and Hindus and Muslims sharing meals together. 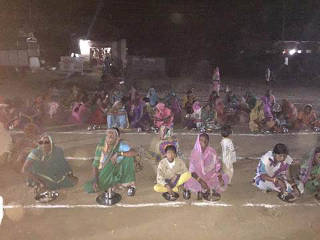 In this two minute clip, Nimesh Sumati describes the impact of the community kitchens.

7. But the key is to learn—not just from failures but also successes

The word ‘resilience’ tends to get used a lot to describe a city or a region at the end of a disaster such as floods—meaning that life goes on, till the disaster strikes again in the same way it had struck earlier. No lessons are learnt. There is a need to do things differently if we hope to learn from the mistakes. Dasra, an NGO, has been documenting the work done in the Marathwada region. The idea is to create a template that can be used in other regions and scale up the development activities fast.

Listen to what Chandra has to say on how these success stories can be scaled up.

Also listen to the full podcast where Amit Chandra, Nimesh Sumati and Sundeep Waslekar talk about finding systemic solutions to a recurring problem 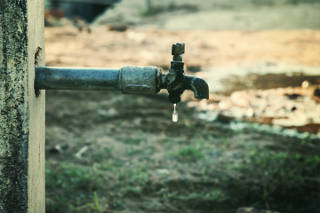 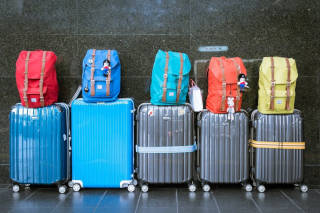