There are many reasons for why inclusion is important—money, innovation, talent and reputation. In this extract from his book ‘Queeristan’, Parmesh Shahani talks about the LGBT inclusion journey at Tata Steel 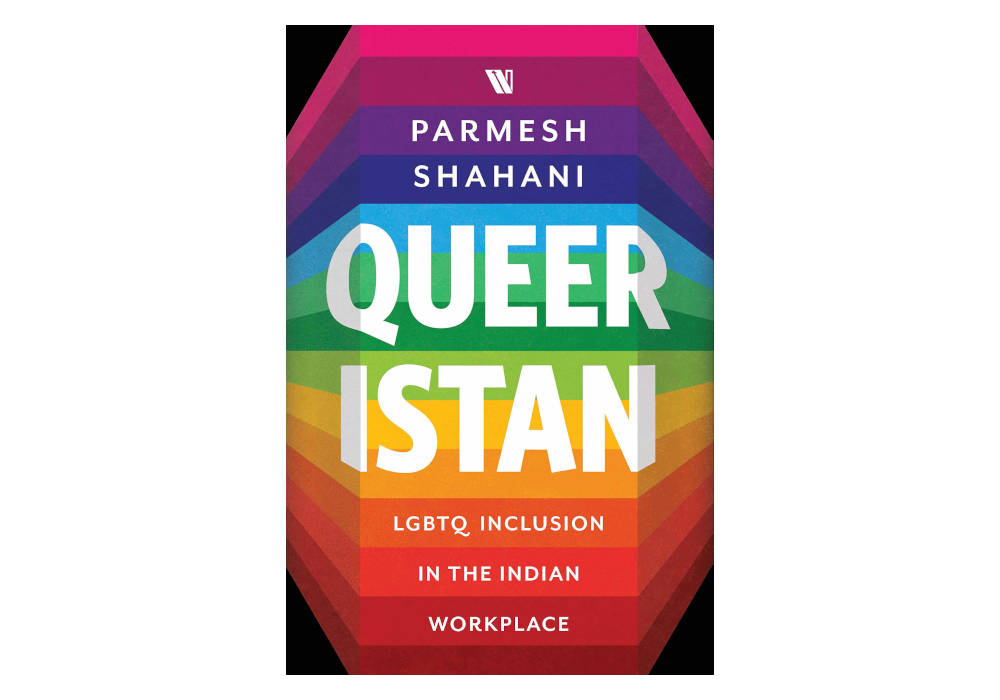 Here is a story about a company that began its inclusive journey simply because it was the decent thing to do, and then discovered that it led to several other benefits for it. Like my own Godrej, it is another really old company—Tata Steel.

On 24 October 2016, I took part in a panel discussion on ‘Leveraging the Power of Diversity’ at the Tata Centre in Kolkata, on the invitation of Tata Steel, under their D&I programme, Mosaic. The discussion was broadcast at all the Tata Steel manufacturing plants in Jamshedpur and their marketing and sales locations across India. My co-panellists were from other Tata companies like Tata Consultancy Sevices and Titan. I was the sole non-Tata person on stage and perhaps in the room, and I was the only one who spoke about LGBTQ inclusion.

During the course of my presentation, I had a heated interaction with one of Tata Steel’s senior HR leaders. He asked if they could structure their inclusion journey in a linear fashion, to first focus on gender and then on sexuality. He mentioned that all of Tata Steel’s activities since 2014 were geared towards the inclusion of women, and also spoke of some policies they were coming up with for people with disabilities. He asked if inclusion of LGBTQ people could be something that the company might take up after one or two years.

I retorted by telling the audience, ‘Everyone who belongs to the LGBTQ community, even if as allies, please raise your hand. If you believe Tata Steel should have inclusive LGBTQ policies now and not later, then raise your hand.’ Almost everyone raised their hand.

‘Don’t you want to work for a company that considers all kinds of inclusion the same? For how long will we LGBTQ people have to wait in line for our turn to come?’ I asked the senior manager who had raised this query. He nodded in acknowledgement.

Among the young employees present in the audience that day was Anubhuti Banerjee, a trans woman who was out of the closet to only a few people in the company. Two years later, she was my guest at We the Women conference hosted by Barkha Dutt in Mumbai, at which I had curated a panel on transgender visibility.

Before we went on stage in Mumbai, Anubhuti, resplendent in an elegant black-and-gold kurta and dupatta, offset by a rebellious Billie Eilish green streak in her hair, reminisced about the Kolkata event where our paths had first crossed: ‘Back then, I was talking only about trans inclusion. The priority then, the company said, was to bring in trans inclusion policies, and that they would think about the rest later, since 377 was still there. Listening to you speak so unabashedly was a huge boost to my confidence. Your visit there caused a lot of kneejerk reactions; within months, things were happening. We started having more discussions about having LGBT policies, and also around a few months after that, this catalysed into the idea for creating an employee resource group for LGBT people. It was something of a dream. I had mentioned [setting up an ERG] much earlier in my first interaction with the diversity and inclusion people. But after your visit, this quest seemed to take wings.’

Anubhuti took the lead in pushing for change at Tata Steel. Less than two years after my visit, in May 2018, Tata Steel launched Wings—their queer support ERG—and also announced LGBTQ-inclusive policies. Close to 100 senior executives of Tata Steel and its associated companies were present for the launch, which was also webcast to various locations. Here is what Peeyush Gupta, the vice president of Steel, Sales and Marketing, said in his address to all of them that day: ‘Today is probably the right time. We cannot be remorseful of the fact that we have not done it in the past, but we also do not want to repent many months or years later that we did not do it today. As a pioneering company, we have done a number of pioneering things in the past, this is one such pioneering thing we can do for the steel industry.’

The launch of Wings was a validation of Anubhuti’s hard work, and on Tata Steel’s part, their recognition of a valuable employee. But increasingly, in her personal life too, Anubhuti began moving steadfastly towards her goal of transitioning completely. She spoke to me about this journey in July 2019.

‘I started having a lot more confidence in the person that I was becoming. Earlier, I did not connect to a lot of people and was rather timid. That completely changed. I suddenly discovered parts of my identity through which I was able to find artistic expression and connect with society and, most importantly, with my parents. I hardly spoke to them before transitioning. But after I transitioned, the whole dynamic of the relationship changed. I have become super confident, super comfortable, okay to speak on and express a lot of things and relish such opportunities, and have closer person-to-person relations with other people. I have also created friendships I could live for, found the real meaning of love, and a loving queer family, which I never had earlier. This is something I realised, that I was finally a person who could be themself.’

I asked her about the expense of transitioning. ‘All those initial costs were out of pocket, not covered by any of the company policies. I was quite unsure of what the policies of the workplace were, even for something like psychiatric counselling, hormonal replacement treatment and therapy. I could not have approached them. I was in Jamshedpur when I was doing this, I was not confident enough to go to the company hospital to get medical advice. There was always this fear that it might not be allowed, and since this medical facility is directly linked to the company, I feared it might actually have a negative impact on my career or my position.

‘Later on, after I was done with my transition, I started talking about the entire process—which includes psychiatric, hormonal and, later, surgical interventions—to the management. Tata Steel reimbursed the costs for the surgical intervention. This wasn’t part of the traditional medical insurance plan then, but since there was an intent of bringing it in as part of our policies, Tata Steel was able to reimburse the cost for the surgery, and this also brought about a policy change. The company now pledges to cover the cost of the surgery as well as give a month’s leave for it. It is public knowledge.’

See, this is what I mean by ‘good’ or ‘ethical’. Tata Steel stood by Anubhuti not out of any corporate greed but because they valued her as an employee, and so they helped her affirm her identity. Of course, once this becomes policy, as it did at Tata Steel, it also acts as a form of signalling that you are a progressive company and pulls in talent from all corners of the country. The more Anubhuti told me about Tata Steel’s multiple interventions on her behalf, the more impressed I was.

‘Coming out is one thing. Then comes the difficult part of living through it. In a small industrial town like Jamshedpur, it seemed like the entire city knew that I was transitioning, and that got a lot of people questioning, not necessarily to my face, but quite often they questioned my friends about what exactly I was going through, followed by a lot of judgement. The society had woken up to the fact that an officer, a manager at Tata Steel, was doing this. The city always knew about the existence of LGBT people, but it had never had the opportunity of hearing someone talk about it, of someone who was proud of it, proud of being themselves.

‘Tata Steel took the whole department for a set of sessions, for which the only person who wasn’t invited was me. That was when they spoke of what I was going through. At the session, they spoke about how they were supposed to refer to me as “her”, that my chosen name was not my old legal name anymore, that people should call me by my new name, that I would be using the women’s washroom, that I was someone they should treat with respect.’

I had a lump in my throat when she told me about just how special her company had made her feel. ‘When the new Bombay House was being renovated and launched on J.R.D. Tata’s birth anniversary, they created something called Tata Experiential Centre (TXC), a state-of-the-art audio-visual interactive and immersive “Experience Zone” showcasing the impact Tata has had over the years—on people, society, sports, technology and all the other things. Here, you can see the first steel bar created by Tata Steel. Under the “People” section, one of the first stories is of me. If you look up, there is J.R.D. Tata, but look a little to the right, and you see me and my story, which is unbelievable. The most incredible kind of appreciation someone can get! I still have issues accepting that I do deserve that kind of recognition, but getting it makes me extremely happy and empowered, and it empowers other people also. An initiative you take for yourself for bringing about what you think of as a small change ends up bringing about a humongous change.’

(Excerpted with permission from ‘QUEERISTAN: LGBTQ Inclusion in the Indian Workplace’ by Parmesh Shahani, published by Westland Business.) 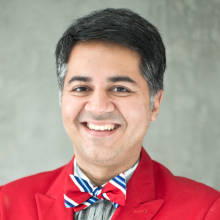 Parmesh Shahani is Vice President at Godrej Industries Ltd. and the founder of the Godrej India Culture Lab. Parmesh is a passionate advocate for LGBTQ inclusion in corporate India and has guided many of the country’s leading companies on their inclusion journeys. His first book Gay Bombay: Globalization, Love and (Be)Longing in Contemporary India (Sage Publications) was released in 2008 and re-released in June 2020 as an updated edition and his second book Queeristan: LGBTQ Inclusion in the Indian Workplace (Westland Business) was released in August 2020.

Parmesh holds an MS in Comparative Media Studies from MIT. He has been a TED Senior Fellow, a Yale World Fellow, and a World Economic Forum Young Global Leader. He is a member of the FICCI taskforce on diversity and inclusion and a board member of KHOJ International Artists’ Association. 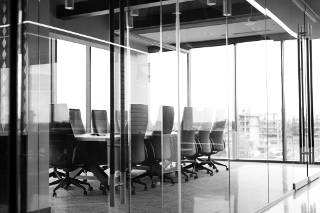 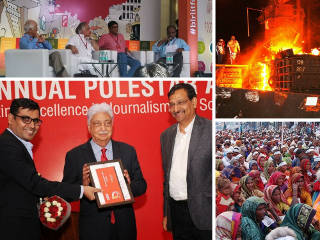 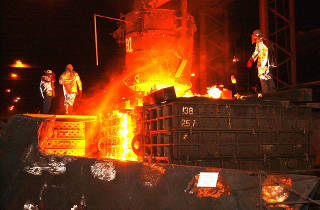