When India made its first computer

Tata Institute of Fundamental Research (TIFR) had a pivotal role in shaping India’s computer-tech capability, as early as the 1960s. An extract from ‘Against All Odds: The IT Story of India’ by Kris Gopalakrishnan, N. Dayasindhu and Krishnan Narayanan 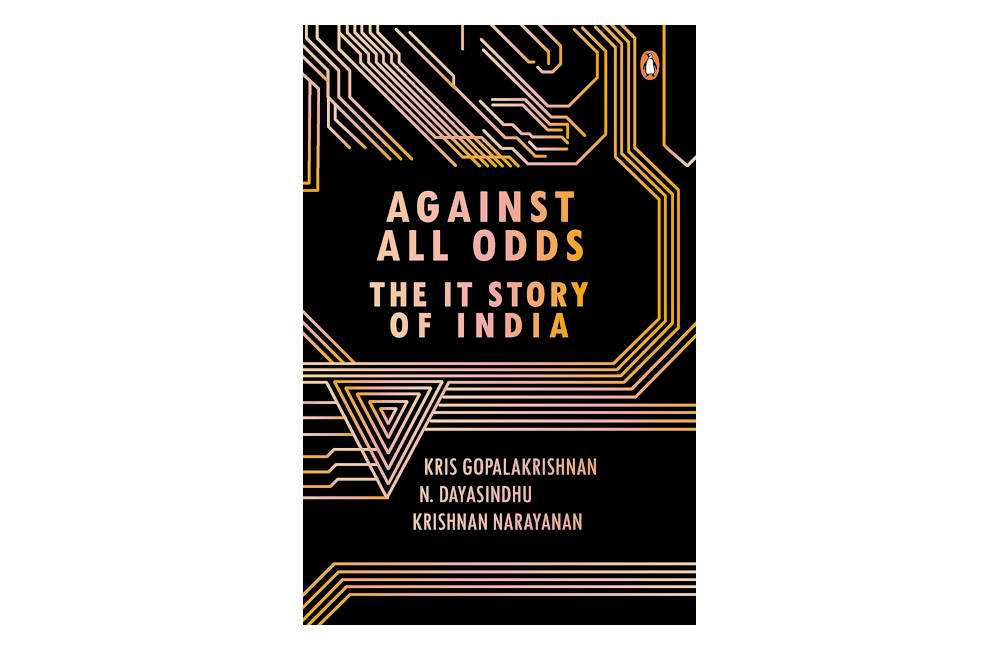 The TIFRAC and the CDC 3600 used ferrite core memory. Though the ferrite cores for the TIFRAC were imported from the UK, the memory system was built in-house by the TIFR team. As P.V.S. Rao wrote, ‘The team actually strung the memory matrix together, designed the special Plexiglass frames, and threaded the hair-thin enamelled wires through sub-millimetre magnetic ring cores—80,000 of them. Each core carried 4 wires! It was a combination of careful design, engineering skill, and dexterity of this team that accomplished this challenging task.’

Incidentally, J. Schemy, manager of the far east operations of CDC, made a proposal in 1965 for setting up a core stringing operation in India. It proposed a 50:50 venture with an Indian partner, with CDC absorbing all the production of core memory from this factory. The proposal also mentioned that the foreign exchange earnings from this operation could be used to import CDC computers for sale in India.

It appeared that this proposal went into cold storage. Bhabha was also considering an Indian semiconductor manufacturing facility, which again did not take off at the time. Indians even today bemoan the fact that while we are globally renowned for software and allied services, we have not made any meaningful contribution in hardware manufacturing. Did we miss an opportunity in the 1960s? Imagine what would have happened if India had then become a hub for computer memory production and had kept pace with technological changes over the years. One of the reasons for India not catching this wave could be the untimely and tragic death of Bhabha in an air crash in 1966. India lost a technocrat leader who could persuade the government to make big technology bets in multiple domains.

After the installation of the CDC 3600 computer, TIFR became India’s National Computation Centre. Going by TIFR reports, the CDC 3600 operated on a 24/7 basis, and the up-time of this computer system was over 98 per cent in the years from 1965 to 1970. During the first year, users were provided free access to the CDC 3600 computer. The only demand on the users was that they wrote and debugged their own programs. To help users, the TIFR staff programmers conducted many short courses on programming.

The CDC 3600 spawned Indian research and consultancy in computer applications. Some of the interesting software research projects included a time-sharing operating system, computer animation for generating dynamic visual displays, a flexible speech synthesis based on a phonetic alphabet, optimized bus scheduling for Brihanmumbai Electricity Supply and Transport (BEST), an optimal electricity distribution system for Mumbai, and simulation and optimization of multistage satellite launch vehicles. In terms of basic research in computer science, there were projects on the formal theory of computation, modelling language and numerical analysis. There was applied hardware research too. For instance, a visual display console with a light pen useful for computer-aided design was designed to be used with the CDC 3600.

The CDC 3600 was used not only by TIFR scientists but by over 100 institutions across India. This was truly a national computing facility in India. For F.C. Kohli, the legendary head of Tata Consultancy Services for about three decades, the CDC 3600 in TIFR was among his first encounters with a state-of-the-art computer. It left a deep impact on him in terms of what a computer could do. Recollecting his experiences from the mid-1960s, when he was at Tata Electric, he said, ‘Then came the installation of the CDC 3600 at TIFR. And we discussed with them (TIFR). They said we will allow you about 20 per cent or 30 per cent of the time for Tata Electric Company. Of course, we didn’t need that much time. But we did train up people in programming at Tata Electric Company.’

Genesis of an Indian Policy on Computers: Bhabha Committee, Sarabhai Committee and Creation of the Department of Electronics

A successful TIFRAC project, the installation and running of the CDC 3600 as the National Computation Centre, and an active research programme in computer science and applications made TIFR the pre-eminent Indian organization with expertise in computers. This, along with the fact that the core instrumentation team for atomic energy-related projects came from TIFR, made it only natural that India’s electronics policy, including policy on computers, was driven by Bhabha and his team at TIFR.

An acute shortage of critical electronic components for equipment like radar used by our defence forces in the India–China war of 1962 made electronics a strategic focus area for the government of India. A committee was formed in 1963 with Bhabha as its head. A.S. Rao, who was leading the electronics group in the AEE, was a member of this committee. The committee’s agenda was to study the requirement for electronics equipment in India, including computers, and identify how these could be obtained for the short term—whether they should be bought or made. The long-term agenda of the committee was to recommend how India could become self-reliant in electronics equipment.

Though the final report of the committee was reviewed by Bhabha, it was formally presented to the government of India only after his death. Vikram Sarabhai, a noted physicist, considered the father of India’s space programme and the pivot in establishing the Indian Institute of Management in Ahmedabad, was a committee member and was given the responsibility of nurturing electronics in India, post-Bhabha. The Bhabha Committee report, as it came to be known, was India’s first plan to nurture use and production of electronics, including computers. Like many other strategic national programmes of the day, a big focus was on achieving self-reliance. Let us look at its recommendations related to computers.

The Bhabha Committee projected that there would be a requirement of about ten large computers, a few hundred medium-sized computers and a few thousand small computers in India over the next ten years. The committee noted that while the large computers might need to be imported, the medium and small computers could be manufactured in India based on the engineering expertise in TIFR and AEE. The government of India accepted the recommendations of the report and set up another committee in 1966 under the leadership of Vikram Sarabhai to implement these recommendations.

The Sarabhai committee spent four years on assessing the current state of electronics, including computers, from the usage and production perspectives. It became clear that India was lagging behind the world leaders in both use and production of electronics. India had a stated policy of self-reliance, thanks to the wars India had fought in the 1960s and the global context defined by the Cold War. Another important consideration in this era was conservation of foreign exchange. This was a time when India was embarking on large physical infrastructure projects and, more importantly, importing food. This presented a dilemma for the Sarabhai committee since the status quo and lack of policy was putting India further behind in the rapidly evolving domain of computers and related technologies.

The biggest policy recommendation that came from the Sarabhai Committee was creation of the Department of Electronics (DoE) in the government of India in 1970, and a policymaking apex body, the Electronics Commission (EC), in 1971. The TIFR connection to India’s electronics and computer industry continued, with its director, M.G.K. Menon, being selected as the Secretary of DoE and chairman of the EC. In 1970, as a culmination of the work of the Sarabhai Committee, a National Conference on Electronics was conducted.

(This is an extract from Against All Odds: The IT Story of India by Kris Gopalakrishnan, N. Dayasindhu and Krishnan Narayanan. Reproduced with permission from Penguin Random House India)