Here's to the Crazy Ones

You don't have to be mentally imbalanced to become an entrepreneur. But if you are, occasionally it helps 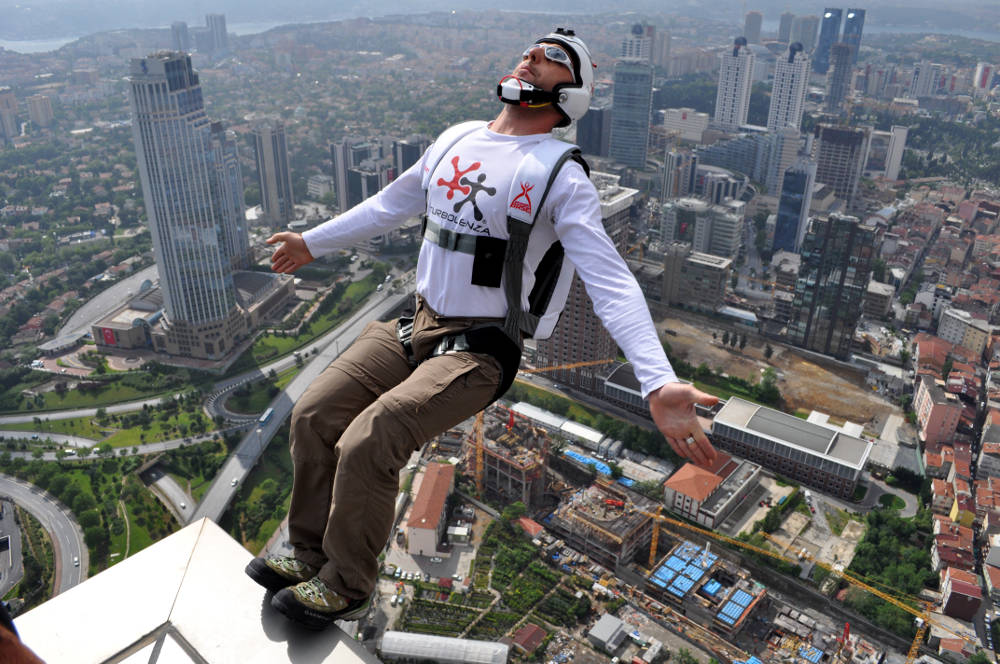 Entrepreneurship draws a disproportionate number who’re outside the normal boundaries of normal.

"Here's to the crazy ones," began an iconic advertising campaign from Apple in 1997. "The misfits. The rebels. The troublemakers…The ones who see things differently."

But is it possible that many entrepreneurs are really, truly crazy? Not "Oh darling, you’re so crazy." Not the extreme of "Police! Help, he's crazy!" But somewhere in between on the spectrum of craziness?

Research studies have established two facts. First, that entrepreneurship draws a disproportionate number who’re outside the normal boundaries of normal. Second, the entrepreneurial life takes people who were within those boundaries and often drags them outside.

Entrepreneurship draws a disproportionate number who’re outside the normal boundaries of normal.

This is not about running a Baskin Robbins franchise or adding a branch office to extend your Dad's firm.

This is about the digital economy. The fierce contest which starts with the few that are already considered elite professionals. Who then break their set-piece lives, burn through miniscule savings, build intricate products around complex technology….And after all this, realize they’re not even at the starting blocks. Because now they'll crawl from investor-to-investor for funds which enable them to compete.

It’s a brutal, unforgiving, nether-world. Who would want to descend into it?

Anyone who enters entrepreneurship has, statistically, lower probability of making a corporate-level income. And vastly higher probability of uncertainty, stress and anxiety. Why would a person choose to work longer days, take fewer weekends and holidays, be burdened with more responsibility and drain himself emotionally and physically?

Anyone who enters entrepreneurship has vastly higher probability of uncertainty, stress and anxiety.

Compared to the predictable rewards of a corporate career, choosing entrepreneurship is irrational to anyone normal.

Except, if you’re not normal. If for instance, you’re hypomanic.

John Gartner is a psychologist who wrote The Hypomanic Edge: The Link Between (a Little) Craziness and (a Lot of) Success in America. He suggests that a personality trait—hypomania—possibly powers some entrepreneurs as well as cripples them.

It's a milder form of serious delusions. You don't think you're God. But do feel that you're chosen by God to fix housing or urban transportation or whatever. Hypomaniacs are turbo-charged and rarely thrive at anything other than grand prix speeds. Ergo, entrepreneurial companies.

Admittedly, to create anything more audacious than a kindergarten-scale digital economy business, a secret part of you should believe that you're like Noah, on a divine mission to lead everyone to the Promised Land.

A secret part of you should believe that you’re like Noah, on a divine mission to lead everyone to the Promised Land.

How can such mentally 'imbalanced' people succeed?

We forget that what we consider imbalances come with significant benefits, particularly relevant to entrepreneurship. Attention Deficit Hyperactivity Disorder (ADHD) individuals are known for creativity, independence and lightning-quick decisions. Asperger's—made famous in India by Shah Rukh Khan in My Name is Khan—is linked, like the lead character in the film, to an obsessive focus and a prodigious memory.

Being bipolar implies periods of extreme highs and lows, called ‘manic’ and ‘depressed’ states. Few entrepreneurs are clinically bipolar. But their lives definitely are. Swinging from a day's high of 10,000 downloads to a night spent sleepless because your company will flame-out without half-a-million within weeks.

A newspaper recently featured unsuccessful entrepreneurs in India who’d returned to corporate life. It casually cited the fact that one of these ‘failed’ companies had raised over $30 million in capital.

Even after years spent in an entrepreneurial whirl, this staggered me. A company can raise over Rs 200 crore in capital, have their brand popping up in front of 10 million Indians browsing every day…and still go from front-page to the obituaries in a couple of years?

Wow. This is the business-equivalent of The Hunger Games.

As author Ursula K Le Guin said in a different context: "What sane person could live in this world and not be crazy?"

So yes, many entrepreneurs are somewhat crazy. And no, there’s no test-kit for sanity—like one for pregnancy—where an indicator strip unambiguously changes colour.

Let’s side-step the jokes about denial being cheaper than therapy and ask: How do we deal with this? Psychological counselling could potentially help entrepreneurs, but many Indians are derisive, thinking of it as a special edition of Kaun Banega Crorepati where the winning answer to every question is "Your Mother".

Another challenge to untangling these knots is that the causes are enmeshed into digital capitalism. Steroid-style funding, frenzied competition, a cultish exhortation for dominance and market models designed to be winner-takes-all…We’ve designed a gladiatorial arena that chews-up a hundred young men (and they’re usually men) before it spits out one winner.

That’s the contest we condition them for. You cannot train a class of suicide-bombers and then expect a group of socially-adjusted, balanced youngsters on graduation day.

But one improvement possible even within this system is to widen and deepen the discussions about the consequences of entrepreneurship.

Unfortunately, business media works with the survivorship-bias heuristic. A reasoning fallacy that seeks common traits in survivors of a cohort, then incorrectly ascribes causality.

For instance, take a hundred idiots mad enough to race the wrong way down a highway into oncoming traffic. It’s likely that a few will survive. Shine the camera lights on them, excitedly thrust microphones in their face and ask what led to their success: "We didn’t listen to anyone!" or "We believed we could." This is what’s uncritically amplified through glowing media content.

What’s overlooked? The realization that those who did NOT make it and now lie bleeding and broken by the roadside would have cited exactly the same factors. Being crazy was not the cause of surviving. It was a necessary pre-requisite of participation. Therefore, as much the cause of dying as of surviving.

The Apple campaign’s concluding line was "…Because the people who are crazy enough to think they can change the world, are the ones who do." It ends this way probably because it’s not poetic to add "Often at a crippling cost to themselves and people around them."

You don't have to be mentally imbalanced to become an entrepreneur. But if you are, occasionally it helps.

And perhaps that’s one redeeming purpose of the death-race form of digital entrepreneurship. Maybe for some, it’s the business version of the French Foreign Legion, which provided a socially-accepted vocation for the dysfunctional and the damaged.

French philosopher Albert Camus wrote that many of us expend enormous energy merely to be normal. Who knows, perhaps normal as we know it, is not for everyone.

may I not bore anyone of you...

Simple question. Any body here willing to fund me on a new venture I wish to launch. Serious members can pls drop a message in raj007here@icloud.com

I promise one thing .

I'm passionate about the project and I'll get only such men who share passion for my idea. So that once we gell together we can say ...Our idea.

Hardwork will pay off , that's leading me above all..

Human are risk avert by years of training and evolving. Unfortunately, the only system found to promote innovation is tied to greed, mainly greedy investors who give diddly squat about the brain behind the investment. Therefore, entrepreneurs need be smarter not to burn themselves, because more times than none they go down the hole of thinking they have infinite energy, smarts, wit, and luck. They end up in a shithole all alone with no lifeguard on their side...

Interesting read. I have used the Noah comment which is worrying. I may just be one of the crazy ones . . .

Your Unfair Edge
Happily Unbalanced
The altar of bigger
Is Old the New Useless?
You might also like 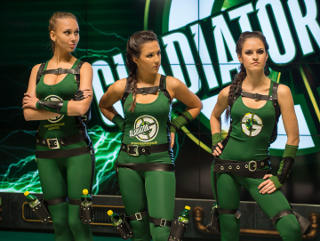