Rushing back to office

There are signs of growing impatience among CEOs to abandon the hybrid work experiment and return to office permanently. What’s driving this sentiment? And could it scupper change? 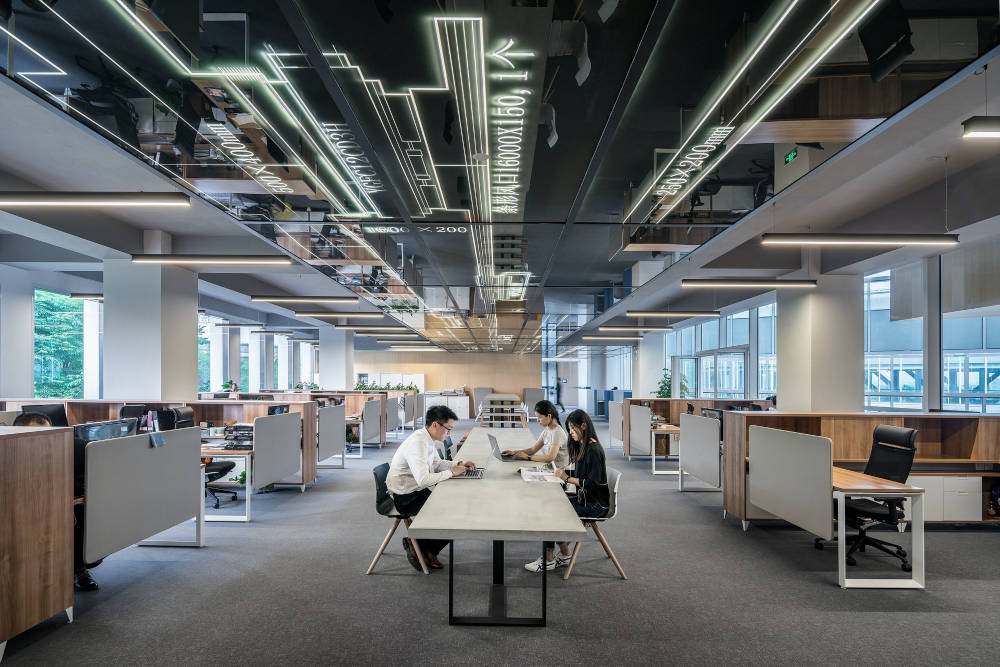 “I am not a great fan of work from home at all. When people work from home, that institutional culture will slowly become weaker and weaker.”

Two weeks ago, speaking at a summit organised by Deccan Herald, Infosys founder N R Narayana Murthy stirred up a hornet’s nest. Many leaders — particularly the older lot — agreed wholeheartedly with him. Covid cases had come down significantly. If children had gone back to school, why not get back to work from office, they asked.

Mr Murthy is not the only one echoing the sentiment. David Solomon, chief executive officer of Goldman Sachs, the blue-blooded investment bank, reopened his 44-storied headquarters in lower Manhattan, and ordered all his employees to work from office five days (or more) a week from February 1. On day one, despite his diktat and a two-week notice, only half the staff turned up, before inching up to around 60 per cent, according to this story in Fortune magazine (behind a paywall).

These sentiments clearly reflect the widespread impatience CEOs continue to suffer from worldwide. Many business leaders would wholeheartedly agree with this full tilt, back-to-office policy, but are hesitant to say so publicly. They fear alienating some sections of employees who’ve gotten used to work from home and also demonstrated that the fear that remote work adversely impacts productivity is largely unfounded. A few that have mustered up the courage to nudge their staff to come back to office every day have either met with huge resistance or faced threats of resignation. Even hiring new employees has become a challenge -- unless they are shown evidence of flexible workplace policies that allow either hybrid or permanent remote work.

This tussle isn’t going away in a hurry. Given the sharp divisions among employees about what works best for them, it is not at all clear what we should do.

In such an ambiguous scenario, what has prompted a few CEOs to adopt a one-size-fits-all policy? Why are they unwilling to experiment and make a more concerted attempt to reimagine the work and the workplace, despite ample evidence that a planned transition can lead to better outcomes for all: employees, employers and society, at large?

It isn’t as if there aren’t role models. As his thoughtful interview with HBR editor Adi Ignatius in October last year clearly demonstrates, Satya Nadella’s leadership at Microsoft has been held up as a great example of managing and leading through this period of ambiguity.

Clinging on to legacy: Given the sheer time that all of us have spent at work, getting rid of offices raises profound questions about social isolation if we retreat to our homes for work and everything else, said Wharton professor Peter Cappelli in his book, The Future of the Office. Yet the office as a permanent fixture in white-collar work for centuries is now at stake, he said.

Senior leaders miss office work, where they were able to take quick, spontaneous decisions by barging into each other’s cabin or over a cup of coffee in the smoking room.

What is sauce for the goose isn’t sauce for the gander. Now, a new generation of young people, adept at collaborating and getting things done remotely, savvy at using technology and tools, scoff at arguments put up by the likes of Mr Murthy. This is where the centre of gravity is in most organisations. And many young people, especially in the tech sector, are rejecting such fixed mindsets of their leaders.

This generational divide is playing out inside families. An HR stalwart who has been strongly advocating going back to office in his media columns told me that his son, also a senior HR leader at a big global tech firm, had been actually sympathising with him. Dad, you simply aren’t aware of how technology is changing the way work is done, he said! And to boot, his son and his family have relocated to Goa for the past many months -- and they are loving it there.

Trappings of power: In many hierarchical organisations, leaders found themselves reduced to a tile on the Zoom screen. Now, this egalitarianism isn’t easy to accept, when they lost access to individual cabins, that special chair in the boardroom, and parking slots and the like, all of which confer status. While they may not say so openly, not all leaders are comfortable giving up these privileges. After all, they have worked for decades to be entitled to such creature comforts!

Rebuilding the bedrock of trust, virtually: During the first wave of the pandemic, some of my friends in high places would often ask me: How do we know if our remote teams are working? In response, I had a simple question for them: What makes you think that your team members might not be asking the same question about you?

For most firms, that debate about productivity was settled during the pandemic. So as long as they were willing to adapt, evolve and embrace new ways of working and leaders showed requisite empathy and compassion during the transition. Despite initial hiccups, leaders admit that the system did eventually settle down.

On the other hand, if you’ve never had any past experience of remote work and weren’t able to adapt either, irrational fears tend to take hold.

For instance, remote work demands new skills in remote supervision. And creating a sense of psychological safety among your team members is vital.

And for that, the basic requirement is fostering greater organisational trust.

Instead, a few firms even instituted mechanisms to snoop on employees, in gross violation of privacy norms. A friend who worked with one such giant Indian conglomerate said he was asked by an HR colleague why some of his junior colleagues weren’t speaking up in virtual meetings. He was stumped! Only to realise that his meetings were being monitored.

Some CEOs also crib about moonlighting, almost as if the phenomenon did not exist before Covid! If an employee is able to get work done in three hours and uses the rest of the time to work for others, does it point to our inability to re-imagine existing employment models? That’s worth thinking about.

Out of sight, out of mind: A senior executive based in UK, who was recently appointed to a leadership role in his global headquarters, was able to negotiate with the powers-that-be that he would work remotely from his home base in London.

But within a couple of months, he realised that he had to fly across the Atlantic to the US HQ for two weeks in a month. That meant staying away from the wife, who has a stressful job herself, and two young children.

The reason? Here’s the tricky part: While the rest of the firm is allowed to work remotely, the global CEO has been in office every day since the middle of last year. That’s forced the entire global leadership team to follow suit.

As a result, there’s a very real fear that other senior colleagues, who can’t stand the idea that one of their own enjoys the privilege of working remotely from London, could end up undermining his position. 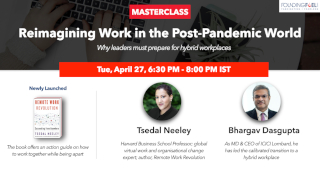 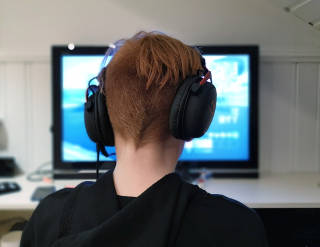