Despite umpteen setbacks, the charismatic global chairman of Renault-Nissan didn’t give up on the opportunity in the Indian auto market. And finally, his team delivered a winner in the Renault Kwid 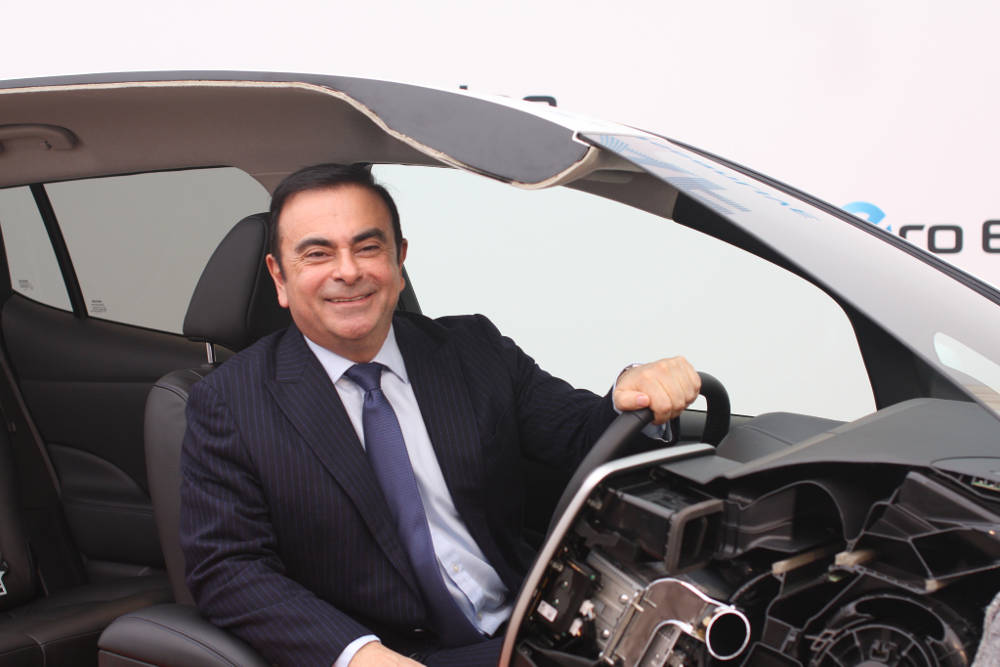 The runaway success of the Renault Kwid in the entry-level family car has come as a shot in the arm for Carlos Ghosn, the global chairman of Renault-Nissan. Till date, no car maker has been quite able to dent Maruti Suzuki Alto’s stranglehold over the small car market. Not only has Kwid crossed the 1.30-lakh-units milestone, it is now more than half of Alto’s monthly volumes. And it has forced Suzuki to announce an upgraded version for 2018 in a clear bid to defend its turf.

It has taken the formidable Ghosn, considered one of the shrewdest leaders in the global auto industry, an entire decade—and several missteps—to break into the list of the top three car makers in the country. Those setbacks—ranging from failed joint ventures, to incorrect product introductions—are well chronicled.

The story of Kwid holds several lessons for global auto companies looking to build a meaningful business in India. I met Ghosn twice during the early days of his journey in India. And he clearly admitted that the Indian market had proven to be a lot more complex than any other emerging market. And that’s why he was clear that the Indian market needed a car that was tailored for the Indian market. It couldn’t be a copy paste of a sophisticated European hatchback model like the Micra—or indeed a cheap, no-frills Romanian model like the Logan. From the very outset, he was clear that his designers based in Paris or in Tokyo would not be able to conceptualise a car that was aspirational and yet value-for-money. When the Nano was launched in 2009, Ghosn was among the very few global auto CEOs who saw the value of the frugal engineering mindset at work—and actually took inspiration from it.

The fact that Indian customers are perhaps the most demanding in the world is now well known. First time buyers want the best product at an affordable price. Kwid represents all that—it had a localisation component of 98% at the time of launch. That meant working with Indian suppliers and bringing them up to speed. That is no mean task. Because when the made-in-India Nissan Micra was first showcased at the Geneva Motor Show in 2010, the end product was so shoddy that senior Nissan executives were specifically warned not to mention where it had been built. With the passage of time, local supplier standards have improved significantly. Besides, the Kwid design represents a big leap as well. Keeping rising aspirations in mind, the SUV-like styling makes the product stand out, compared to the boxy Alto. And the work was entirely done in design studios in India—in conjunction with Indian engineers. And the pricing was just right. Ghosn has confirmed that a version of the Kwid will be launched in Brazil.

On the face of it, the playbook might look simple, except that it isn’t. In 2010, Toyota tried much the same gambit. It took more than five years for one of the world’s most respected car makers to give birth to the Etios. Its Japanese chief designer, best known for designing the Corolla, made 60 trips to India to seize the large opportunity in the small car market. Yet the hatchback never quite took off. It has now realised that building small cars for emerging markets isn’t its forte. That’s why Toyota is now looking to bring in Daihatsu, which has the requisite experience with small cars in Japan, to make another foray into emerging markets like India. The anxiety is understandable, given that India could soon become the second largest car market in the world, if its growth continues unabated. And Toyota is said to be exploring a partnership with Suzuki to build a better understanding of the supply chain, design and manufacturing challenges. It was quite the same story with Ford. It took them 15 years to develop the Figo for the Indian market, and is now reassessing its strategy.

Ghosn and his team have done well to learn from every setback—and stay the course. While Renault did well with the Duster, Ghosn knew that the big volume opportunities would always be in stronger, better entry-level products. Yet, with the exception of Suzuki and Hyundai, most global auto companies have struggled to align their strategies to the market demands.

So what lessons does it hold for Indian automotive makers? Many of them like the Hero Motocorp, Bajaj Auto and Tata Motors have brought in top-end global talent in R&D, product engineering and design from abroad to help build more sophisticated design sensibilities. In 2014, the Hero Motocorp paid several millions to snag Markus Braunsperger, a senior designer from BMW, to head its R&D centre in Jaipur. Bajaj Auto brought in Edgar Heinrich, a veteran from BMW Motorrad, BMW’s two-wheeler division. Heinrich had spent 23 years at BMW Motorrad (joined in 1986) and was head of Vehicle Design Motorcycles from 2007-2009. As vice president, product design, Heinrich breathed new life into the Pulsar line-up, before going back to BMW in 2012.

Similarly, Tim Leverton’s long stint at Tata Motors has helped the car maker move up the learning curve with a steady pipeline of new generation vehicles—including the Tiago and Hexa. However, there are challenges of working with global designers. They need clear briefs. The leadership challenge is to align them to the right market opportunities. Or else, their sophisticated sensibilities can get the better of them—and they could end up racing too far ahead of the market needs.

In the end, as Carlos Ghosn will tell you, finding that sweet spot in the Indian market can sometimes be a ten year wait. But if you have the patience to learn, the pot of gold will be within your reach.

Adani’s NDTV takeover: The end game
What’s holding up Gautam Adani’s takeover of NDTV?
Capping the moonlighting volcano
A battle of unequals
You might also like