March 13, 2019: A roundup of news and perspective on disruptive technology. In this issue: Facebook’s new vision; Elizabeth Warren’s new proposal and Reliance Jio; and the limits of the sharing economy 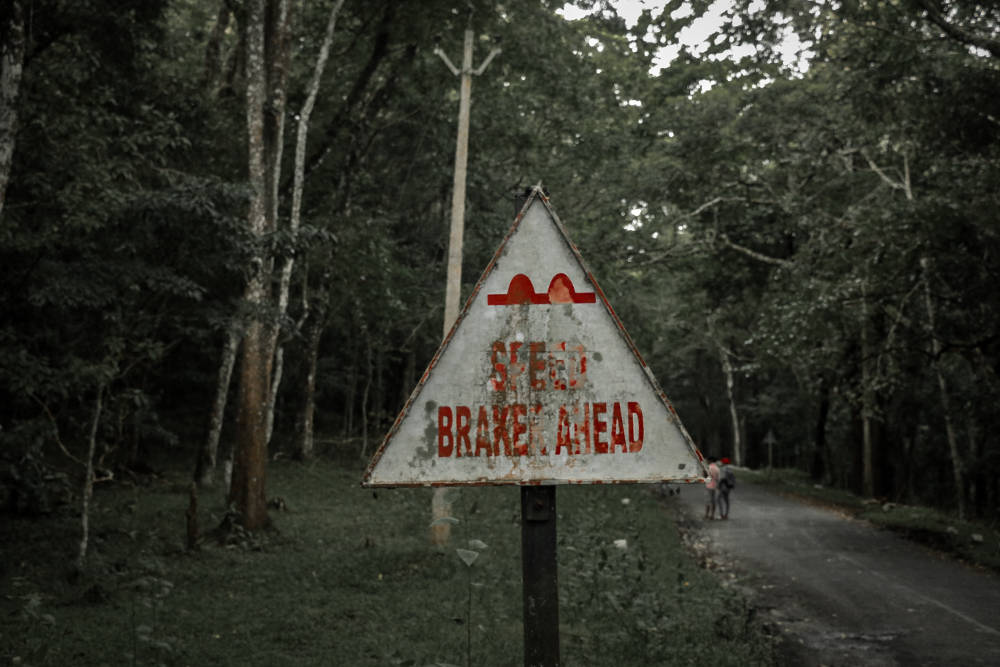 Indian mythology is replete with stories about powerful men who believed they could go on and on, only to meet with black swans they didn’t account for. King Hiranyakashipu is a case in point. He believed he had it all covered after he received a boon from Lord Brahma that he will be killed neither by a man, nor an animal; neither inside his palace, nor outside; neither during day, nor night, and so on. But, he didn’t quite expect his nemesis, Lord Vishnu, would take the form of Narasimha, a man-lion, and kill him with his bare hands, on a doorway, at dusk.

One of the big lessons from the ancient stories is that there are limits to growth. As Stein’s Law states, if something cannot go on forever, it will stop. Everything comes with an expiry date, except change.

The past week hammered this lesson into the monarchs of the modern world.

For years, we believed in a narrative that technology will keep breaking the walls down.

Books with titles such as The Death of Distance, The Borderless World, The World Is Flat, amplified and legitimised that narrative. The underlying assumption was that we live in small communities and we put up with small markets only because of the physical constraints of a brick-and-mortar world. Digital technologies allow us to break those down—and now if you want to say something you can broadcast it to the entire world. Companies such as Facebook made it easier to do so. And they will expand, till they cover the whole world.

In a 3,200-word post, Zuckerberg, wrote, “Over the last 15 years, Facebook and Instagram have helped people connect with friends, communities, and interests in the digital equivalent of a town square. But people increasingly also want to connect privately in the digital equivalent of the living room. As I think about the future of the internet, I believe a privacy-focused communications platform will become even more important than today’s open platforms. Privacy gives people the freedom to be themselves and connect more naturally, which is why we build social networks.”

He is not saying the town square is dead, but the real growth is in the living room. In a comment to his post, he said, “Yes, I think there need to be the digital equivalents of both the town square and the living room. We’ve mostly focused so far on the town square with Facebook and Instagram, and now there’s an even bigger opportunity to build a platform for all the ways people want to interact privately around WhatsApp and Messenger as well.

“In terms of use, the fastest growing services are private messaging, stories and small groups. I expect Facebook and Instagram to continue growing as well, but these privacy-focused platforms will grow even faster.”

In effect, he is sacrificing his queen, knowing that a pawn is about to get into eighth rank.

In chess, a pawn can get promoted to a queen, knight, rook, or bishop if it reaches the other end of the board. Businesses have always relied on such promotions to keep going. One of the frameworks that captures this process is McKinsey's ‘Three Horizons’—core, emerging and new businesses.

Horizon 3: Question mark. The big challenge for Facebook would be to find a revenue stream while keeping the channels private. Payments, selling products, services to people, enabling commerce could be some of the ways forward. Constraints: regulatory, such as the one proposed by Elizabeth Warren, US senator representing Massachusetts, a nightmare for erring businessmen, and 2020 presidential hopeful.

Warren says she will break up Amazon, Facebook, Google and Apple if she becomes the next American president.

In a Medium post, ‘Here’s how we can break up Big Tech’, Warren proposed two ways to break monopolies and restore competition:

More than breaking up, she has promised to impose transparency and restrictions on data sharing.

Both proposals have serious implications. To show that they have met the standard of non-discriminatory dealing, tech platforms might have to reveal their algorithms. Second, as John Battelle observed in a comment, not sharing data with third parties could kill innovation.

It will have an impact on how other candidates—and other countries—look at Big Tech.

Irrespective of whether Warren gets elected, or even nominated, she has brought the issue of Big Tech’s unbridled power to the centre of presidential debates. Other candidates will be asked about it, and we will hear their answers. Will it have an impact on India? Reliance Jio, with its huge digital ambitions, and its huge capacity to influence policy, is one entity that demands attention. This could well be the time.

UBER FOR X FINDS X IS NOT A BIG NUMBER

The “Uber for X” trend was driven by a logic that said, “why buy, when you can rent?”. It is hitting some limits too.

Customers might want to own books, instead of visiting libraries.

But renting is not a permanent solution for all consumer assets. Indeed, home ownership rates have started inching up thanks to millennials transitioning from renting to owning. - Mikal Khoso

Sharing/renting can be too inconvenient and unprofitable.

Many of the corporations and the pundits who sold us on the promises of sharing stopped using the term because consumers no longer found it believable or attractive. But it was consumers who really did sharing in. A true sharing economy is full of friction and discomfort, and the margins?—?if there are any to speak of?—?are paper thin. Real sharing is time-consuming and not particularly profitable for anyone. - Susie Cagle

Of this group [of 105 Uber for X companies], four—DoorDash, Grubhub, Instacart, and Postmates—are unicorns, startups valued at more than $1 billion. (Notably, all are in the delivery business.) Forty-seven are gone—28 simply closed down; 19 were acquired. But 53 are neither unicorn nor roadkill. They remain alive in the great morass of the economy, successful but lacking explosive growth; or stumbling along with scaled-back ambitions; or barely functioning, like zombie startups. - Alexis C. Madrigal

We live in an age when breathtaking progress of technology lets us imagine a future without any limits. However, 'looking back' can offer some insights that technology can’t. Recently, economist Tyler Cowen re-read The Book of Genesis, and had this to say:

“The story of the Tower of Babel is the clearest instance of the possible dangers of technology. On one hand, it is striking how much potential productive efficacy is ascribed to mankind. People with a single language are building a tower with a top reaching up to the heavens and ‘now nothing they plot to do will elude them’. God then scatters the humans and takes away their common language, to limit their productive capacity. There is a hint that people are seeking to become the rivals of God, who needs to keep their ambitions in check.”