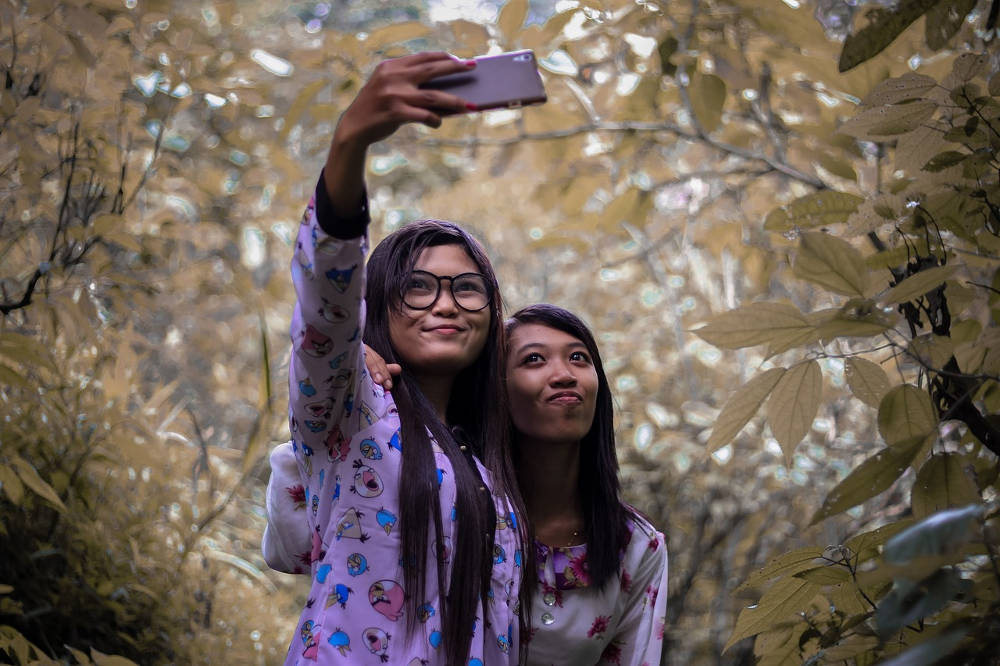 How are millennials shaping businesses in India? I asked of Swanand Kelkar that question a few days ago at his office in Mumbai. He is managing director at Morgan Stanley Investment Management and is passionate about trend-spotting. To do that, Kelkar spends much time talking with entrepreneurs across multiple domains. Engaging with him offered multiple pointers to what may be on the minds of young Indians.

By way of example, a prominent retailer told Kelkar that those in the apparel business are witnessing declining sales on what people wear below the waist. When he probed further, an interesting narrative emerged.

Data shows that people who buy trendy upper wear are inevitably young, carry a smartphone, click selfies and post them right away on social media such as Instagram and Snapchat. What the retailer is a witness to is a race among buyers to be the first to show off who is the trendiest. This means a few things.

The selfies are usually of the upper body. In the race to look trendier than everyone else, snazzier clothes are one way to stay in circulation. It is inevitable then that they seek apparel that will make them look good. It also means they are willing to spend more on clothes.

That the millennials’ appetite for apparel is high is something that Dipayan Baishya, part of the senior team at the retail chain Future Group and co-author of It Happened in India, is willing to buy. What else, he asks, explains the emergence of loans from entities such as Bajaj Finserv to finance such purchases?

Data has it that the young walk into stores to finance purchases of two or three pieces of clothing that may cumulatively cost Rs 1,000 to Rs 1,500 and pay for it in instalments. Baishya too, like Kelkar, puts it to the emergence of the selfie culture. This trend is one that the Future Group has seen gaining momentum over the last three-odd years, he says.

Kelkar’s assertion stands to further scrutiny if some more data points are examined. Levis Strauss is a brand name synonymous with jeans the world over. By the late 1990s though, sales of jeans started to fall. All attempts at resuscitation it faltered. But it was only last year, on the back of a strategy crafted to get people to buy new tops that Levis posted a 14% growth, the best over 20 years.

Footwear sales is another example. Statista.com, which compiles data from over 22,000 sources, has it that this trend is a secular one across developed and developing countries. “Consumers are focusing increasingly on value for money, looking for simple, hard-wearing shoes that last.”

Between the fetish to buy snazzy tops and declining sales of what is worn below the torso, Kelkar is willing to bet it is only a matter of time before the sacrosanct white shirt and all things formal will be given a quiet burial. If any evidence be needed, he suggests that the venerable Goldman Sachs be used as a proxy index. When the office of the hallowed investment bank relaxed its dress code, it was construed as a smoke signal by silk tie maker Hermes International and suit manufacturer Hugo Boss. The CEO of Hermes announced a new line of scarves and that of Hugo Boss announced a branching out of its portfolio.

When pushed for a perspective on how might this play out, Baishya is circumspect. “What is clear is that the idea of treating the body as a temple has taken root. But can you write the white shirt off? I am not sure about it yet in the longer run,” he says. He has his reasons.

The first is that what is worn on the torso has always dominated retail stores. This is a world-view fiercely endorsed by a veteran at Reliance Brands who did not want to be named. “As a thumb-rule, in the apparel business, upper wear outsells what people buy to wear for the lower body by a ratio of 4:1. I don’t see that changing. This has nothing to do with millennials.”

As for the smoke signal around the Goldman Sachs proxy index, Baishya has a second submission to make. Unlike in the past when finance professionals dominated the workforce at Goldman Sachs, almost 30% of the current workforce comprises engineers. Their numbers are growing. The way engineers think, work and dress is different. Goldman Sachs has been compelled to adapt. The white shirt then will survive elsewhere.

This is not something Kelkar seems convinced about. Baishya too sounds ambiguous about it, and the executive from Reliance Brand disses it as preposterous right away.

But what all of them concur on is one thing: the white shirt may morph to keep pace with the aspirations of a generation obsessed with selfies. And new business models will emerge.

To put that into perspective, Kelkar asked me how often do I visit the barber (a hair stylist in contemporary settings).

“Once a month,” I replied, and wondered what he was trying to drive at.

“That was in the India you and I were raised in,” he responded. Kelkar got intrigued when his barber suggested he must get a trim every fortnight.

“Because sir, you must look the same all the time to everyone. Your image must stay consistent all the time.”

The line stayed with Kelkar and he looked around if business models are evolving around this advice. Turns out, there are. And these business models are catering to the aspirations of India. One among them is Jawed Habib, a so-called celebrity hair stylist. Multiple versions exist in the public domain of how he is the port-of-call for all celebrities for their grooming requirements.

Kelkar’s submission for Jawed Habib’s popularity is that millennials exist not just in Tier I India that has access to the best that the world has to offer, but also in Tier II and Tier III India that aspires for brand names. Jawed Habib has focused on building a brand name in middle India because young people here are no different from those in urban India and are very much into shooting snazzy selfies. If a Jawed Habib-certified salon can help them look good, they’ll pay to visit the place.

As for the entity that Jawed Habib runs, all numbers in the public domain around it and the business model now sound dubious. Calls placed to the hair stylist’s head-quarters in Mumbai to seek answers were rudely fobbed off.

Perhaps, he was busy shaving the hair off 1.25 billion heads.