Local systems solutions, investments in healthcare and public institutions, cross-pollination of ideas—a panel moderated by Arun Maira discusses how to extract the economy out of the morass it is in

The impact of COVID-19 on an already limping economy is there for all to see. But pointers to what may work to salvage and remedy and leadership calls that are showing results exist as well.

Founding Fuel’s Masterclass on February 24 on how to Navigate the Great Indian Slowdown had thought leaders talk what may it take to revive the economy and how ought leaders from business and government work together to build better systems.

Before getting into a synopsis of the session, some key learnings from India’s response to the pandemic has shown what will work, and what won’t:

Tarun Khanna, Jorge Paulo Lemann Professor at the Harvard Business School. For over two decades, he has studied entrepreneurship as a means to social and economic development in emerging markets.

Sumit Chowdhury, Founder & CEO, Gaia Smart Cities. He was the Program Director of Swachh Bharat Mission and IT Expert for several Smart Cities projects. He is also associated with the Atal Innovation Mission as a Mentor of Change.

Synopsis of the Masterclass

The indicators of a slowdown

What’s happening on the corporate side

What’s happening on the consumption side

How are startups and MSMEs faring?

But startups do need to survive first, and then hopefully grow. What ought to be the road map? 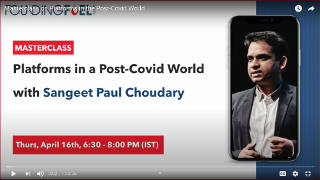 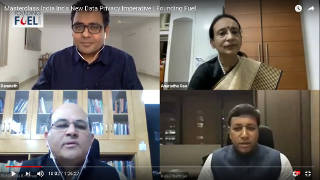