FF Daily #524: How to think about happiness

November 16, 2021: Viktor Frankl on happiness; Being a leader; What fingers can tell; Martial Arts exponents

If any perspective be needed on how to think about life and all else around, Holocaust survivor Viktor Frankl’s Man’s Search for Meaning is among the most powerful accounts ever written.

“Long after I had resumed normal life again (that means a long time after my release from camp), somebody showed me an illustrated weekly with photographs of prisoners lying crowded on their bunks, staring dully at a visitor. ‘Isn’t this terrible, the dreadful staring faces—everything about it.’

“‘Why?’ I asked, for I genuinely did not understand. For at that moment I saw it all again: at 5:00 A.M. it was still pitch dark outside. I was lying on the hard boards in an earthen hut where about seventy of us were ‘taken care of.’ We were sick and did not have to leave camp for work; we did not have to go on parade. We could lie all day in our little corner in the hut and doze and wait for the daily distribution of bread (which, of course, was reduced for the sick) and for the daily helping of soup (watered down and also decreased in quantity). But how content we were; happy in spite of everything. While we cowered against each other to avoid any unnecessary loss of warmth, and were too lazy and disinterested to move a finger unnecessarily, we heard shrill whistles and shouts from the square where the night shift had just returned and was assembling for roll call. The door was flung open, and the snowstorm blew into our hut. An exhausted comrade, covered with snow, stumbled inside to sit down for a few minutes. But the senior warden turned him out again. It was strictly forbidden to admit a stranger to a hut while a check-up on the men was in progress. How sorry I was for that fellow and how glad not to be in his skin at that moment, but instead to be sick and able to doze on in the sick quarters! What a lifesaver it was to have two days there, and perhaps even two extra days after those!

“All this came to my mind when I saw the photographs in the magazine. When I explained, my listeners understood why I did not find the photograph so terrible: the people shown on it might not have been so unhappy after all.”

Think about that for a moment.

On being a leader [FF Exclusive]

D Shivakumar, president (Corporate Strategy and Business Development), Aditya Birla Group, shares over 35 insights from Indra Nooyi’s memoir My Life in Full, that captures the essence of what it is to be a leader. Here are five nuggets for you to reflect upon.

I think the fundamental role of a leader is to look for ways to shape the decades ahead, not just react to the present, and to help others accept the discomfort of disruptions to the status quo.

Health and wellness, to me, was undeniably a category that offered a huge opportunity. I’d seen this coming on the home front. I found it more than curious that a couple of children at (my daughter) Tara’s birthday party one year asked if they could phone their mothers to get permission to sip Pepsi we served.

That sent up a real red flag for me.

My work at PepsiCo was essentially endless. I never went to bed at night thinking “what should I do tomorrow?”, I was always catching up, answering questions, moving forward.

As a CEO, I was a dreamer and a doer, and I could paint a vivid picture of the future for PepsiCo and lead people to deliver on that vision. In retrospect, I understand why the board selected me as CEO.

Huge change has no shortcuts. It requires honesty, agility and courage. Once I committed to transforming PepsiCo, I felt my education and experience merging to serve that mission. I was ready for it. I knew what to do.

What fingers can tell

Did you know that how you use your fingers to count numbers can tell much about your cultural moorings? This is a theme researchers looked at, was reported by the BBC, and caught our attention.

“In India, for example, they use the lines between the segments of the fingers to count. This means each digit can represent four numbers and the whole hand can represent 20. While in parts of Eastern Africa like Tanzania, among speakers of some Bantu languages, they use both hands in a symmetric way as much as possible. The number six, for example, is shown with the index, middle and ring finger of both hands. There’s also the indigenous Northern Pame people of Mexico, who count on their knuckles, and the (now extinct) Yuki language in California, which used the spaces in between the fingers.

“However, some cultures don't use quantities of fingers to represent numbers at all—they use symbols. In China, they count from one to five in the same way as the US, but six to 10 are represented symbolically. Six is shown by extending the thumb and pinky, while 10 is either a closed fist or crossing the index and middle fingers. And the ancient Romans also used a clever (but difficult to master) symbolic system that allowed them to count into the thousands…

“Not only can finger counting reveal where in the world you come from, it may also shed light on how we learned to understand the concept of number—as children and even as a species. Even though counting on your hands feels as easy as one-two-three, in reality it’s not so simple.” 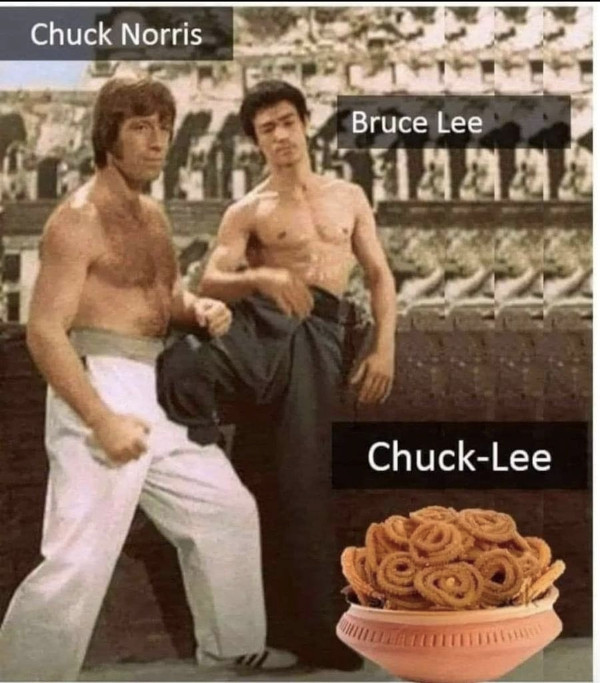 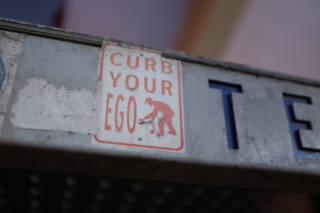 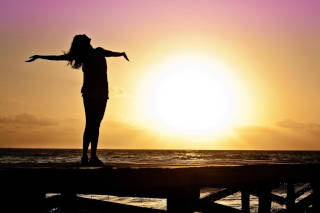 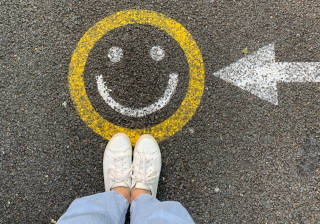 FF Daily #551: Happiness in the Time of Covid