What Uber, Netflix and Walt Disney Company show us about thriving in a tech world; leadership skills for sustainable success; and how human behaviour shapes decisions 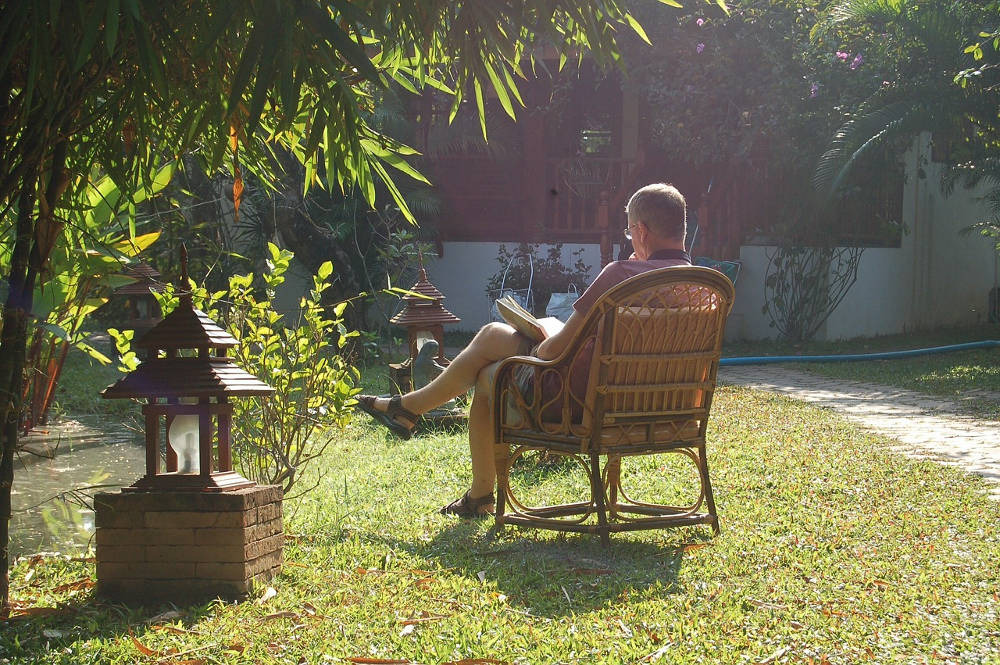 [Image by Richard Woollett from Pixabay]

From all the books I read this year, I’ve picked 10 that I think do a great job in helping us understand the world we live in—a cautionary tale of startup ambition (Uber), how to reinvent (Walt Disney Company), a story of turning an idea into a triumph (Netflix), books on the kind of leadership skills we need today for sustainable success, and insights into human behaviour and biases.

1. Super Pumped: The Battle for Uber by Mike Isaac 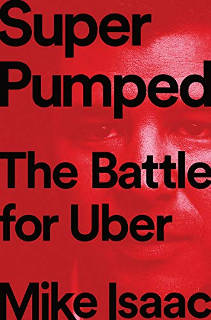 Mike Isaac is a New York Times reporter. I liked this book because it traces the Uber attitude ‘to win at any cost’, from spying on competition to manipulating regulation and also the violence in Brazil when Uber launched there. Several business schools are teaching the concepts of moral compass and the need to build a good culture. Uber is a contradiction and it will be interesting to see if Uber can address the issues and be a good citizen. Uber has been written about, sadly, for the wrong reasons in the past.

2. That Will Never Work: The Birth of Netflix and the Amazing Life of an Idea by Marc Randolph 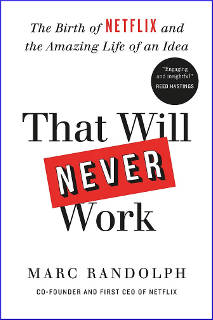 I liked this book because it is a wonderful narrative of one of the successes of this decade. Marc Randolph was the first CEO of Netflix. He co-founded Netflix after he got fired from his previous job in a takeover. He and co-founder Reed Hastings brainstormed dozens of ideas during their morning carpool rides. That’s how Netflix came about. The book gives us a good view on how Netflix works and how it is better prepared than most people give it credit for, i.e. to take on the entertainment giants.

3. The Ride of a Lifetime: Lessons in Creative Leadership from the CEO of the Walt Disney Company by Robert Iger 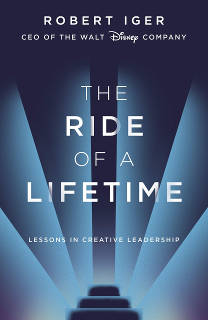 Robert Iger is the CEO of Walt Disney since 2004. He has worked with stars like Frank Sinatra during his 45-year-long career. This book is about leadership lessons, and vulnerable moments. Iger narrates how he called the families of employees who were victims in the Orlando nightclub shooting in 2016, when most lawyers would have disapproved of his action. His three big principles for a company are: quality matters, embrace technology, and think big and think global. He says that leaders should have optimism, courage, decisiveness and fairness.

4. The Infinite Game by Simon Sinek 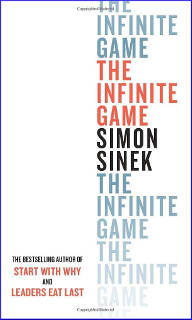 Simon Sinek is an accomplished TED speaker. He talks about how having a narrow focus on winning against an opponent is a finite game. In a world that’s changing quickly and evolving, he calls business an infinite game where one has to adapt and collaborate. He also discusses how he applied it in his own life when he decided to open up and work with Adam Grant as opposed to seeing him as a rival. This book is built on the ideas of Professor James Carse, who wrote Finite and Infinite Games. There is no finish line, there is no winning friendship or a winning marriage. Beating someone is a wrong mindset and it hurts innovation and longevity. This book is a rallying cry for a new manifesto.

5. Loonshots: How to Nurture the Crazy Ideas That Win Wars, Cure Diseases, and Transform Industries, by Safi Bahcall 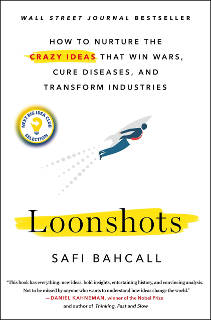 Safi Bahcall is a physics fan and uses physics to study organisations. He has a theory on how good ideas get off the ground. Loonshots is about delivering today while developing the products of the future. He says that organisations learn from physics by working in discrete phases. In his study, the best organisations are able to create the future while winning the current battles. This is a good approach in a world where we never know how to balance the two. He argues that one needs to focus on structure as opposed to culture, splitting the organisation into soldiers and artists.

6. Talking to Strangers: What We Should Know About the People We Don’t Know by Malcolm Gladwell 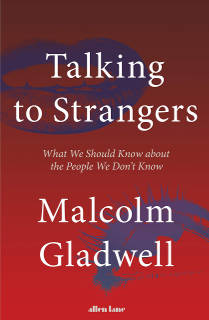 I liked this book because it shows us how we have common biases and don’t look at issues from the other person’s point of view. We are all strangers in some situation or the other. In a polarised world, the balanced path is disappearing very fast. This book helps us look at the way we judge, perceive and evaluate strangers with some real-life examples. We rarely tend to suspect out-of-the-ordinary experiences.

7. The Moment of Lift: How Empowering Women Changes the World by Melinda Gates 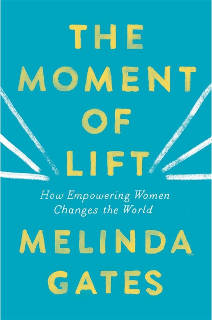 Melinda Gates is one of the most powerful women in the world. Books about women’s inclusion are proliferating. This book tells stories from the projects the Bill and Melinda Gates Foundation has done for women across the globe. This book gives hope, helps us understand the issues, and builds a case for change. We have all realised the value that women bring to any aspect of society. This book talks of the value of investing in women for every family and society—everyone benefits. It is a humane book. 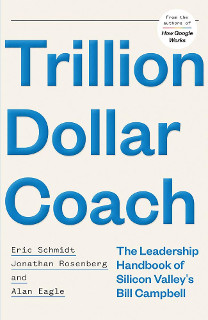 I loved this book because this is about Bill Campbell, a sports coach who became coach to some of the technology czars in Silicon Valley without knowing a bit of technology. He did this through deep empathy and helping them build good teams. He was never confrontational and encouraged his mentees to be open and trusting and to seek common ground of victory. I believe this is a model of the future where senior leaders will need great coaches.

9. The Third Pillar by Raghuram Rajan 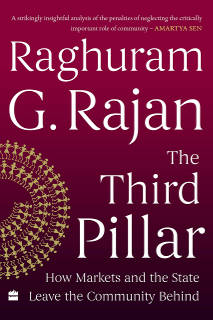 There are a lot of books by central bank bosses in the recent past. I like Raghuram Rajan’s book because it presents a holistic view of what’s happening economically, politically and socially in the world. He argues that most economists look at the connection between markets and the state and rarely include social issues in their thesis. When two of the three pillars get strong, automatically something kicks in to reset the balance. He says that people are angry because they feel that their children will not have as good a lifestyle as they had. He talks of fundamentally restructuring services for the community. Technology is helping markets and the state, but leaving the community behind.

10. 21 Letters on Life and Its Challenges by Charles Handy 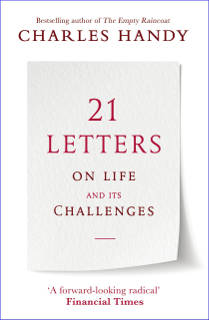 Charles Handy is one of my favourite writers. This is a simple book of letters on life and its challenges that Handy wrote to his grandchildren. He looks into the future to address the challenges. How will people cope in a world where the old uncertainties no longer exist? How will we find purpose and fulfilment in our lives? Handy is always optimistic and fun to read. He outlines the opportunities and challenges that future generations will face.