Many young tech entrepreneurs prefer to wear arrogance on their sleeve. Much like Steve Jobs did at Apple. Except that they are picking up the wrong lesson to learn. 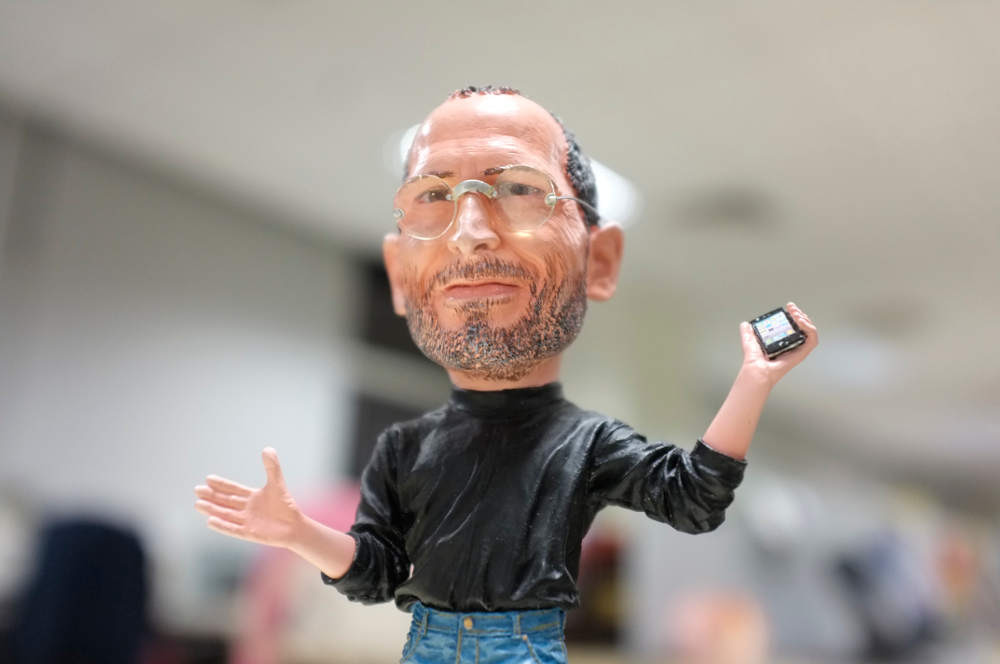 "Hi, this is Steve Jobs. I'd like to speak with Adam Osborne."

The secretary informed Steve that Mr. Osborne would not be back in the office until the following morning. She asked Steve if he would like to leave a message.
"Yes", Steve replied. He paused for a second. "Here's my message: tell Adam he's an asshole."

What was Steve's provocation? Earlier in the day--it was April 1981--a few members from his team had gone to a computer fair, encountered Adam Osborne, whose company had just launched Osborne 1, a portable computer. And Osborne had looked down upon them when they said they were working at Apple, in the Mac team. "Well, go back and tell Steve Jobs that the Osborne 1 is going to outsell the Apple II and the Macintosh combined!," he told them.

They duly reported the encounter to Steve Jobs. And, in the fascinating retelling of those years by Andy Hertzfeld in "Revolution in The Valley" this is how Jobs' conversation with Osborne's secretary continued.

"There was a long delay as the secretary tried to figure out how to respond. Steve continued, "One more thing. I hear Adam's curious about the Macintosh. Tell him the Macintosh is so good that he's probably going to buy a few for his children even though it put his company out of business!"

Cut back to India, to the present time, to another young firm, whose CEO just learnt that a venture capitalist had offered a job to one of his employees. He didn't pick up the phone like Jobs did. He shot an email. But the attitude, the tone, the structure weren't too different from that of Jobs.

I've been humble to you guys even after in-human and unethical things that you've done with Housing in the past.

If you don't stop messing around with me, directly or even indirectly, I will vacate the best of your firm.

Also, this mark (sic) the beginning of the end of Sequoia Cap in India.

The long shadow of Steve Jobs continues to fall not just on Apple, but on the entrepreneurial ecosystem everywhere.

We have all read the story that involves Housing.com CEO Rahul Yadav and the VC firm Sequoia. It started as a leaked mail on Quora, spread to other social media, got picked by business newspapers and blogs, one thing led to another, and the entrepreneur, Rahul Yadav, finally got sued by Times Group. One can imagine how Steve Jobs would have reacted - f.. the lawyers.

The grand narrative of Steve Jobs is that of a flawed genius, whose genius was in combining the big picture and minute details. He seemed to know where the world is going, how technology will change individuals and what customers need. He was obsessed with details as well, like Michelangelo refining a small detail no one could possibly see. His flaw was in the way he treated people--his colleagues, friends, girlfriends and even his own daughter. But on balance, the genius won. It is the genius people remember. Check out this scene from "Steve Jobs: The Man in the Machine" that premiered last week in SXSW.

To use a framework from Management 101, Jobs was over-endowed with conceptual skills, he had loads of technical skills (usability, marketing, design and such). What he lacked was people skills. However, that didn't matter, for he had the other two in abundance. It might even have added to his power. (Venture capitalist Ben Horowitz writes in The Hard Thing about Hard Things, a must read book on starting up, "Nothing makes things clear like a few choice curse words. "That is not the priority" is radically weaker than "That is not the fucking priority.") When there's a revolution, a great disruption, a world to change, let the genius work his magic, even if it turns out to be 'expensive for people close to him'.

In the recent days we saw shades of a similar argument, contrasting the brashness, the anger, the energy and the impatience of Housing.com's CEO with the practiced deliberateness of a Sequoia or Times Group. Many entrepreneurs instinctively seem to support Yadav. After all, they knew that the same irreverence, impatience and arrogance that made him write those letters, are also behind the big ambitions that drive a startup. Venture capitalists seem to be betting on it too. And why not?

Steve Jobs said he would put Osborne out of business. That is pretty much what happened over the next few years. No one even remembers Osborne today, and Apple is the world's most valuable company.

The only problem with this narrative is that it is not the complete story.

Steve Jobs 2.0--under whom Apple turned out to be a super success--was also very different from Steve Jobs 1.0--under whom, truth be told, Apple was only a confused, messy, and even a second rate company. Never mind it had some first rate products. In between his two stints at Apple, Jobs changed. He learned--even if not perfectly, at least substantially, the people management skills he lacked earlier.

Joe Nocera in a recent column on a new book about Jobs, writes:

At the same time he was running NeXT, Jobs also owned Pixar, the animation studio he bought from George Lucas. It took years before Pixar came out with its first full-length movie, "Toy Story." During that time, he saw how Ed Catmull, Pixar's president, managed the company's creative talent. Catmull taught Jobs how to manage employees.

When Jobs returned to Apple, he was more patient — with people and with products. His charisma still drew people to him, but he no longer drove them away with his abrasive behavior and impossible demands. He had also learned that his ideas weren't always the right ones, and he needed to listen to others.

Those lessons were crucial because during his second innings at Apple, his goals had also changed. Watch this conversation with management guru Ram Charan, who played a crucial role in bringing Steve Jobs back to Apple. In his second term, Ram Charan says, Jobs focus was on people. Just that. One hundred people. And he left the running the rest of the company to others. And that made all the difference. (Watch from 6:14 mins to 10:35 mins)

Now,  for Jobs these 100 people happened to be within Apple. For an entrepreneur just starting up, the 100 people are more likely to be spread across the companies. It could be customers, competitors, venture capitalists, bankers, potential employees. Pissing them off cannot be a good idea.

It is easy to learn the wrong lessons from Steve Jobs. Stanford professor Robert I Sutton, not a big fan of Jobs, writes in his book, Good Boss, Bad Boss that  "Steve Jobs (or at least the idea of Steve Jobs) was so vivid, so complicated, and so idolized, that for those CEOs, he was like an inkblot test: they projected their inner beliefs, values, desires, and justifications for their behavior onto him." Looking at his life in two phases, can help one avoid making that mistake.

It's easy to learn wrong lessons from startup war stories. For example, it's not just Jobs that was arrogant in the Osborne episode. Adam Osborne was arrogant too. And that arrogance took him nowhere.

Though clumsy, apple did make an impact in its first version in PC market disruption. Did Housing.com under Rahul has such a story to wear chip on shoulder ?

found a bit amateurish of rahul yadav for writing such an email! Could have brought this matter in board meeting!