Or maybe not, as Pallavi Desai found out when she told her dad she wanted to take the plunge. But dad Santosh Desai, CEO of Futurebrands, thinks it’s appropriate to ask any venture hard questions. And they’ve both learnt from Pallavi’s startup journey 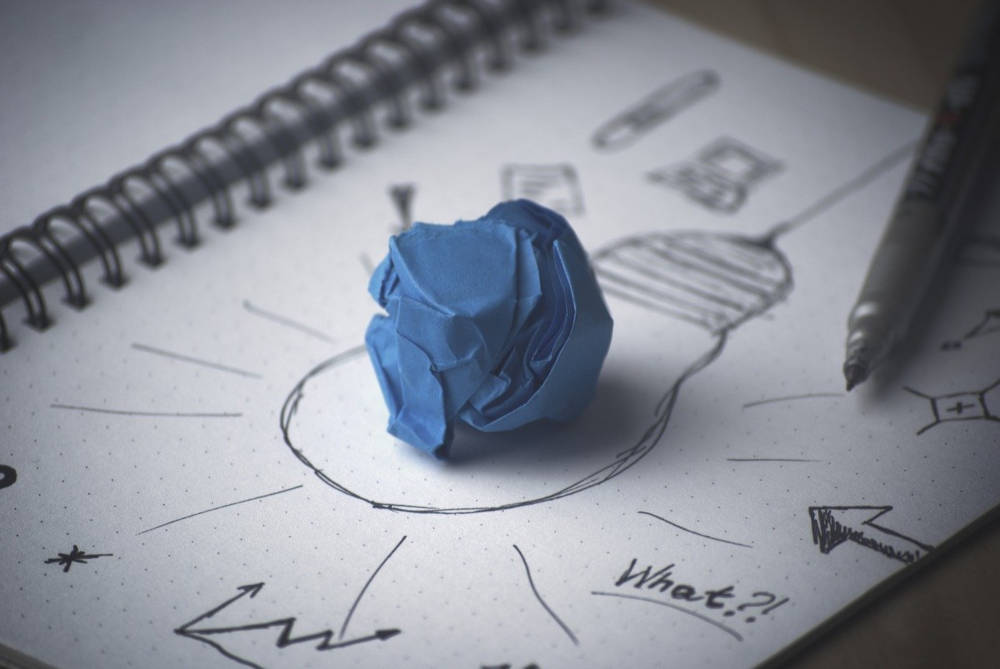 [Image by fancycrave1 from Pixabay]

By Pallavi Desai and Santosh Desai

Two backbreaking years of work, heartache, and many foolish questions later, my co-founder Shantum Gupta and I finally launched Creatures of Habit in February this year. Then Covid happened, and our fledgling business came to a grinding halt.

Entrepreneurship was something that my dad had warned me about.

What he couldn’t warn me about was the lockdown. He didn’t see it coming. I didn’t. No one did.

So, where do I begin?

I was always clear I wanted to be an entrepreneur. Maybe it had to do with the fact that in my growing up years, with both parents in advertising, I could hear consumer-speak all around and it sounded fascinating. I first spoke to my parents about my first business idea in 2014 and my dad said: “Are you sure you want to start a business? You don't really understand finance, you don't understand operations, you have no clue about what it takes to start a company.”

Instead, he thought I should go get an MBA at an international business school. So, long story short, I ended up at ESADE in Barcelona.

With the benefit of hindsight, I’m glad he pushed me. I got exposed to a lot of people from at least 120 countries there, wrapped my head around how technology works in marketing, helps scale, keep costs low, and all else. My batch had 250 students and I think a good 20% of them had set their sights on starting up.

But after coming back to India, there was a realisation that my old ideas didn’t work—the landscape in India was changing quickly, and I needed to tune in to the market again and go foraging for ideas.

So, I started to work at DY Works, consulting on strategy for various brands, and continued evaluating startup ideas. By then I had at least figured I wanted to get into a direct to consumer product business.

However, to do that, I’d have to quit my full-time job. I had a tough time convincing my dad that quitting DY was the right thing to do, because he thought I could come back from my day-job and pursue entrepreneurship in the evening. That is where we disagreed. I knew that getting a new product business off the ground is going to require 100% of my time and energy, and with a full-time job, I wouldn't be able to give my best to either one.

Even after that conversation and five months after quitting my job, he had his reservations. In the beginning, when we started this company, he had his doubts about the timelines. Every day he’d ask about what is happening and how things are going. There was a lot of tension in him and I could see it. What if this venture fails? Will I go back to a regular job? Will anyone hire me?

The way I saw it though was I’m learning so much every day. So, I definitely should get a better job than I did earlier. If I failed, I’d have grown as a person and I wasn’t afraid of it. I think dad was afraid of me failing.

But after he got the first t-shirt, washed it, and wore it was when he said, “Okay, I’m behind this 100 percent now.”

Things have now gotten to a point where dad looks into the analytics. He wants access to everything. He wants to know who's buying, what kinds of costs are we incurring, customer behaviour, who's paying what, and has all kinds of questions. He wants to know how the company is growing. Things shifted the day he wore the first t-shirt. My biggest problem is I have to stop him from buying my clothes because I have limited units.

Why did it take as long? Long story short, it was one thing for my co-founder Shantum Gupta and me to give up on our day jobs and get into apparel. But this was a category we were unfamiliar with.

What we learnt along the way was that to develop a concept and take it to market is not easy. But we were clear about how we wanted to do it.

Build an interesting brand that places the Indian consumer upfront in a market that has its own challenges that we had identified.

Let me take you through a few examples.

1. Production has been challenging because the kind of fabrics that we need don’t exist in the market—either in India or other parts of the world. We have to get it custom made. That took us time. We finally figured it could be done out of Tirupur. But no one in Tirupur was interested in us or could understand what we wanted either. So, we had to find somebody who could communicate our requirements. We lucked out when we stumbled across a merchandiser from Coimbatore who used to be a fashion designer in an earlier avatar, via LinkedIn.

2. Then, how do we create clothes for Indian bodies? Because as a thumb rule, Indians have larger torsos than legs. So, even if an Indian man is 6 feet 1 inch, the length of his trousers will be 40 inches. That is why even if you wear premium brands such as Zara or H&M, the polos don’t fit right or the pants need to be altered. It’s the same thing for women. We had to work this out with our designers and communicate it to our clientele.

3. Then there is the issue of branding. When you come from a family where everybody is into branding, to get everybody to agree on something and behind it is not easy. But it was worth going through all that brainstorming. And when the name Creatures of Habit occurred to us, everyone was instantly on board.

4. There were times when between my co-founder and I, even after we figured this is the space we want to be in, we were totally out of depth. It helped us that we met a lot of people who had set up their own apparel companies and had been there, done that. That was one thing my dad helped with. Those days when we didn’t even know the difference between knits and wovens or that they are two different categories for that matter. We would have definitely made more mistakes if he hadn’t helped us have so many conversations pre-launch.

After trying to dissuade me from taking the plunge into entrepreneurship, dad is now as much a loyal customer as he is a friend, philosopher and guide. We often disagree on the direction to take even now but it helps to remember that the best ideas often come from a lot of discussions and disagreements.

Santosh Desai: “It’s easy to advise other people, but the situation changes when the issue comes home”

“As a parent, a whole set of anxieties come to the fore… In my younger days, for my generation, there was no question of starting up,” Santosh says. The ecosystem was hostile too.

But the doubts are not unfounded. “It's perfectly legitimate for any new venture to be asked a certain set of questions.”

And through the process of this journey, both Pallavi and he have learnt a lot. Listen to Santosh’s take:

Bookmark the series: A show every Saturday at 7.30 pm on Facebook Live, supported by a column + audiogram

And join Pallavi and Santosh Desai on Facebook Live on Saturday August 15, at 7.30 pm IST, for Episode 4 of Talkin’ ‘Bout My Generation. 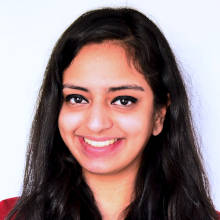 Pallavi Desai is a co-founder at Creatures of Habit, A high-quality basics apparel brand with sustainability at its core. She has a previous background in consumer research, insights and brand strategy. She has an MBA from Esade Business School in Barcelona and a Bachelors in Philosophy from Lady Shri Ram College, New Delhi.

Dad, I want to start up! 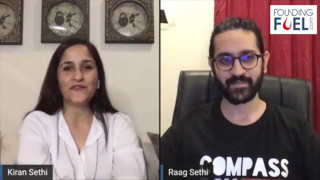