The significance of the Bihari

[We’ve added chapters to the progress bar on the video, to indicate the topics covered. You can watch the full video in sequence. Or play the video on YouTube (click on 'YouTube' on the bottom right of the video), to go to specific chapters from the progress bar.]

Last week Charles Assisi wrote an essay on Nitish Kumar, who is in the fray for a third term as Bihar chief minister.

Titled The amorality of Nitish Kumar, it painted a portrait of the politician and his many “pivots”, and was based on Charles’s conversation with Sankarshan Thakur, National Affairs Editor at The Telegraph and author of The Brothers Bihari.

The conversation explored what will matter and what will not in this election (pandemic, labour migration, good governance won’t; Narendra Modi’s “Teflon-coated” image will.). It delved into the Lalu years and Nitish Kumar’s previous terms to give context and to understand the complexities of Bihar—from the caste equations, the personality cults and the issues of governance. And Thakur spoke about what he’s picking up from the ground today.

This is an edited excerpt of that conversation.

The significance of Bihar elections

Nitish Kumar the politician, and what could be his narrative the third time around?

The trends in Bihar 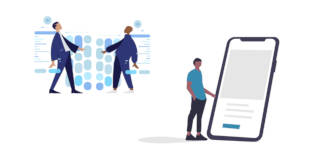