What leads to the belief that twenty-first century companies cannot be created by people over 30? Or 40? Or even 50? 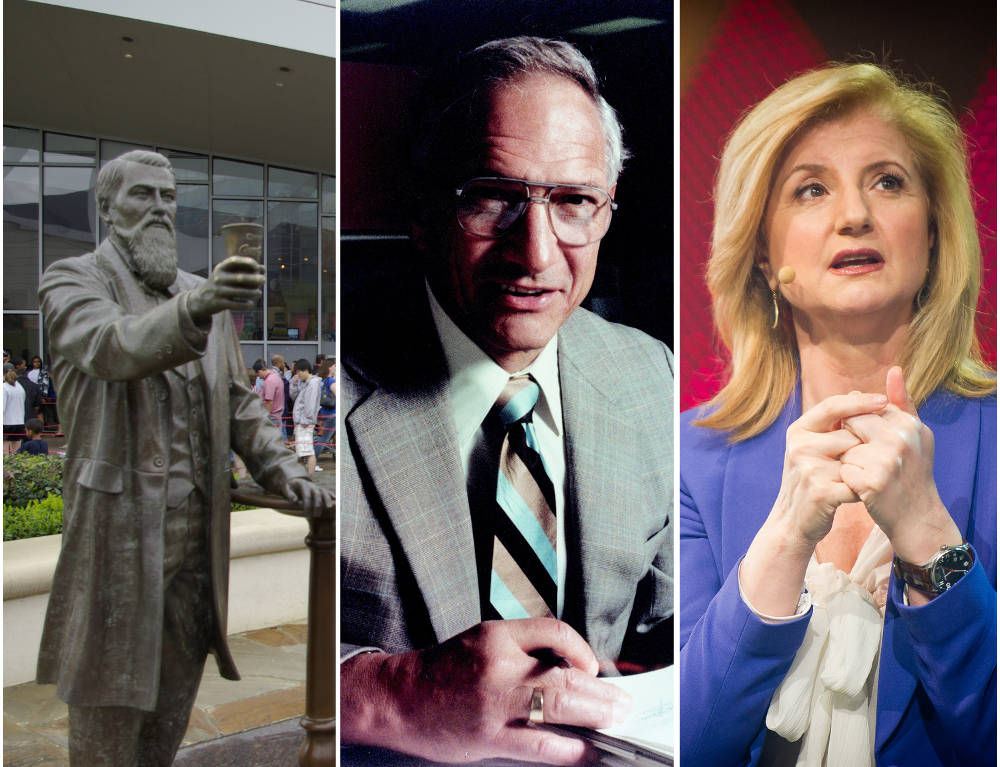 "People above 45 basically die in terms of new ideas," said Vinod Khosla at an entrepreneurial summit in India not so long ago.

Mr. Khosla is a man with such impressive accomplishments (co-founder of Sun Microsystems, billionaire venture investor) that even after a lobotomy, he would perhaps still have a 25 IQ-point edge on me.

That doesn't change the fact that he's dead wrong.

The history of business is replete with silver-haired founders who had the golden touch. Ray Kroc started McDonald’s at 52, John Pemberton started Coca-Cola at 55 and Colonel Harland Sanders created Kentucky Fried Chicken at 65.

The history of business is replete with silver-haired founders who had the golden touch.

Surprise. Technology-centred businesses have NOT been different. Starting from Robert Noyce who co-founded Fairchild Semiconductor - one of the companies that put the 'Silicon' in Silicon Valley - at age 29 - and at 40, Intel.

Craig Newmark started Craigslist at the age of 42, Thomas Siebel founded Siebel Systems at 41, Arianna Huffington created Huffington Post at 54 and Robin Chase first met her co-founder of Zipcar because they had daughters grown-up enough to play together in a park.

Yes, Steve Jobs co-founded Apple and created the original Macintosh before he was 30 years old. But here's the interesting part. Contrary to its mythology, the original Macintosh sold significantly less numbers than books deifying it subsequently have. One of the reasons he was fired within a year of its launch. Then he started NeXT computers, which you've probably never heard of.

But after 30, Steve Jobs bought what became the core of Pixar. And the next decade is when he really hit his stride. The iMac, iPod, iTunes, iPhone and iPad were all conceived and launched well after he was 45 years old.

One of the technology world's hottest companies is Workday, whose market capitalization this week is roughly around $17 billion. It was founded by David Duffield when he was 64. Notably, this isn't his first triumph. That would be PeopleSoft, a company that ran Oracle ragged before being acquired for over $10 billion. Duffield's age when he co-founded PeopleSoft? 46.

Of course, stories about young people changing the world are also true. Larry Page and Sergey Brin were 23 when they birthed Google, Bill Gates was only 20 when he founded Microsoft and Mark Zuckerberg even younger at 19 when he created Facebook. The iconography around a juvenile disrupter who builds a transformative firm is undoubtedly forged from facts.

And indeed, the founders of an archetypical five-coder start-up have many intrinsic advantages. They can survive on Maggi noodles and sleep three-to-a-room on mattresses. Their motivation is high, family responsibilities non-existent and the need to budget for shower gel minimal. They're also fearless enough to think of a hundred impertinent possibilities, one of which often upturns a business model to which a million suits had genuflected.

Peerless global businesses have certainly been created by thousands of people under 30. But what leads to the belief that twenty-first century companies cannot be created by people over 30? Or 40? Or even 50?

Here's an anecdote about what this corrosive thinking does.

I have a friend. Let's call him Farhan. Simply because he's not Farhan.

A few weeks ago, he was sharing that he's exploring options outside the billion-dollar-plus company where he's been in a leadership position for a few years. I asked him if Google and Facebook were in his shortlist. He said "No chance. I'm too old for them."

I was stumped. Because Not Farhan has barely touched the halfway-in-his-forties mark and has enough heft to know the India-heads of these companies personally. I first met him when we were both speakers at a conference 15 years ago. And he made the most insightful presentation that day, essentially outlining the scaffolding of social media networks four years before Facebook even existed.

With this depth of experience, why would he be ruled out by a digital economy company? Or more importantly, why is he ruling himself out?

Actually, it is the absence of people like him that makes many hip entrepreneurial companies look as if the inmates are running the asylum.

Youth is wonderful when accompanied by what it is commonly accompanied by: energy, confidence, a certain audacity of imagination. But how useful are these qualities in the absence of traits like balance, judgment or wisdom?

As George Bernard Shaw had remarked, youth is usually wasted on the young.

Any society where a person is assumed to be the predestined carrier of extraordinary qualities simply because he's young, is deluding itself. And any culture where people are rejected (or worse, conditioned to reject themselves) because of their age will overlook many of its best and brightest.

Any culture where people are rejected because of their age will overlook many of its best and brightest.

It's widely known that Brian Acton sold WhatsApp for $19 billion when he was 42. What is less known is that he was rejected by BOTH Facebook and Twitter for a job when he applied at 37.

How sensible is this deterministic shorthand where Young is equal to Great and Old is equal to Useless? This is especially strange in India, where the dominant religion celebrates a range of ages manifested as Gods. From infants to teenagers to gray-bearded geriatrics.

We don't lack alternative models around us. Beauty products e-commerce firm Nykaa has rocketed out of the gates since inception. Its founding CEO Falguni Nayar started it after she was 45, with two decades of experience behind her. And the IIT-alumni start-up with the most seismic impact in India is the Aam Aadmi Party, founded by Arvind Kejriwal at 44.

The developmental psychologist Erik Erikson posited that as we grow older, hunger for meaning consumes us. He'd outlined eight stages of psychosocial life, with an existential question driving each stage. For instance, the stage of infants till about two years is driven by "Can I trust the world?"

The developmental psychologist Erik Erikson posited that as we grow older, hunger for meaning consumes us.

The seventh stage maps to about 40-64 years of age and its existential question is: "Can I make my life count?"

Benjamin Franklin did pioneering experiments with electricity at 44, created the glass armonica at 56 (for which both Mozart and Beethoven specifically composed) and invented bifocals when he was 76.

What about you? Are you too old to make your life count?

[This article was concurrently published in Mint.]